Pippa Middleton is today marrying her fiancé, James Matthews. The younger sister of the Duchess of Cambridge had been friends with 41-year-old hedge fund manager Matthews for ten years before he proposed in July 2016 (after a year of dating) with a 3.5 carat engagement ring.

The wedding, taking place at St Mark’s Church in the Berkshire village of Englefield, has been dubbed an “almost royal wedding” – there’s a Snapchat filter marking the occasion and #Pippaswedding is trending on both sides of the Atlantic.

Many high-profile guests are in attendance: The Duke and Duchess of Cambridge, Prince Harry, former Made In Chelsea star, brother to the groom and best man Spencer Matthews, Princesses Beatrice and Eugenie, and Roger Federer and his wife Mirka.

Prince George and Princess Charlotte have also stolen the hearts of the public with their outfits as two of the pageboys and bridesmaids.

The bride arrived with her father Michael at around 11.15am in an open-top classic car. She’s wearing a bespoke Giles Deacon dress, designed to create the impression of being seamless.

“I was thrilled to work with Pippa on her wedding dress,” Deacon said. “The dress is constructed with a cap sleeve, high neckline and features a corseted bodice with draping to the front and a heart-shaped detail at the back.

“The bespoke silk cotton lace was hand appliqued to create an illusion of the dress having ‘no seams’. The lace bodice is embroidered with pearl detailing over an organza and tulle underskirt, which has layer upon layer to enable a floor sweeping movement.

“It’s a privilege to show the craftsmanship that my team produces in London and a real testament to Pippa’s support of British fashion.” 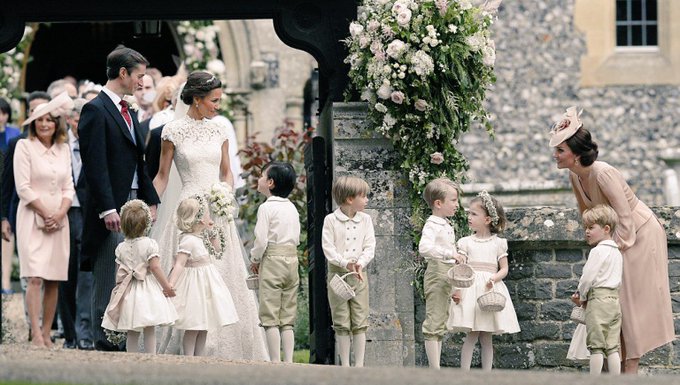 Around 100 guests were expected and hundreds of royal fans have descended on the quiet village for the occasion, some travelling from the other side of the world especially.

Matthews was previously considered one of the most eligible bachelors in the world, and is reportedly worth £2 billion.

Comparisons have also been made between Pippa and her sister Kate’s husbands, some pointing out the ‘old money’ vs ‘new money’ distinction.

On social media, many people are fascinated with the proceedings. 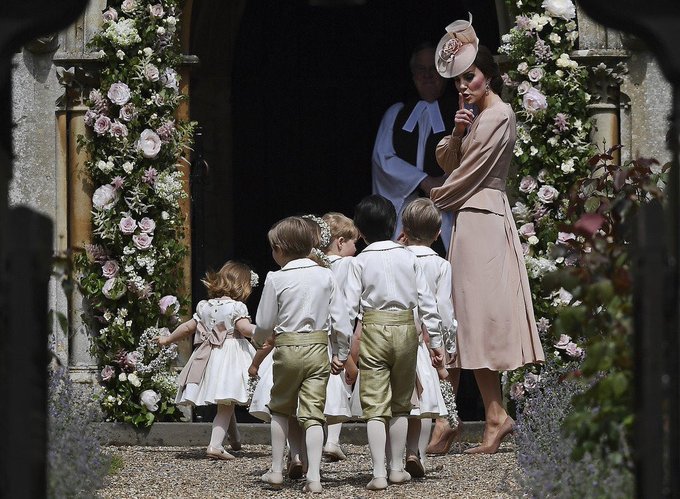 November 16, 2017 Newsroom 1 Comments Off on Family of British explorer lost in Papua New Guinea berates him for not taking mobile phone on trip

May buoyed by global support against Russia