The Duchess of Cambridge is to make an appearance at a gala dinner next week for the Anna Freud National Centre for Children and Families.

Kate, who is pregnant with her third child, has been stepping back into the limelight after suffering from hyperemesis gravidarum – a severe form of morning sickness.

During the gala at Kensington Palace’s 18th-century Orangery on November 7, the Duchess will attend a reception to meet families who have been helped by the children’s mental health charity. 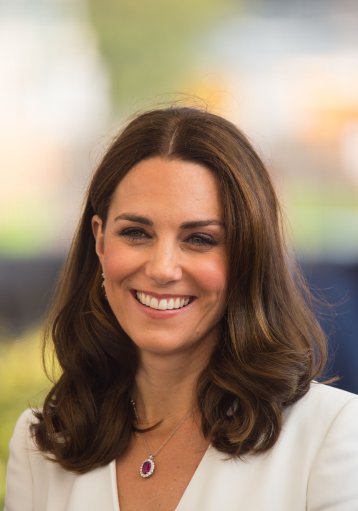 The Duchess of Cambridge will attend the 2017 Gala Dinner for The @AFNCCF on the 7th November, held in The Orangery at Kensington Palace.

On Tuesday October 31, tennis fan Kate is also visiting the Lawn Tennis Association (LTA), having taken over as patron from the Queen.

The fact that Kensington Palace is now announcing the Duchess’s appearances in advance suggests she is feeling well enough to be sure of attending the engagements.

Kate is now in her second trimester and the royal baby, which is due in April, is currently about the size of a lemon.

At the national tennis centre in London, the Duchess will watch some on-court sessions including a Tennis for Kids event, and meet some of the UK’s top junior talents.

Earlier this month, Kate made a surprise visit to Paddington Station, where she took a twirl with Paddington Bear as they danced on the platform, watched by the Duke of Cambridge and Prince Harry, during a charity event.

She also made another unexpected appearance when she joined the royal brothers at the London Stadium for the graduation ceremony of sports coaching apprentices, as part of the Coach Core scheme.

Politeness costs nothing, but it may stop people understanding you

Meghan’s £200,000 wedding gown by Givenchy could go on display to the public at an exhibition at Windsor Castle later this year