Boris Johnson has announced a £1 million fund to boost press freedom around the world.

The Foreign Secretary said a free media underpins the universal human right to freedom of expression and criticised governments which try and shut down debate.

The money will be available for press freedom projects in countries where journalists and their work are under pressure.

Mr Johnson said: “Freedom of expression is a universal human right and a free press underpins that right.

© Provided by The Press Association (Stefan Rousseau/PA)“As a former journalist I am alarmed that worldwide attacks on journalists are rife and increasing.

“Civil society is all about free people. Where governments fear freedom of expression they often try to shut down media and civil society, or clip their wings. This both violates human rights and crushes creativity.

“A free media is vital to creating a vibrant, informed and engaged population and helps to support a safer, more prosperous and progressive world.” 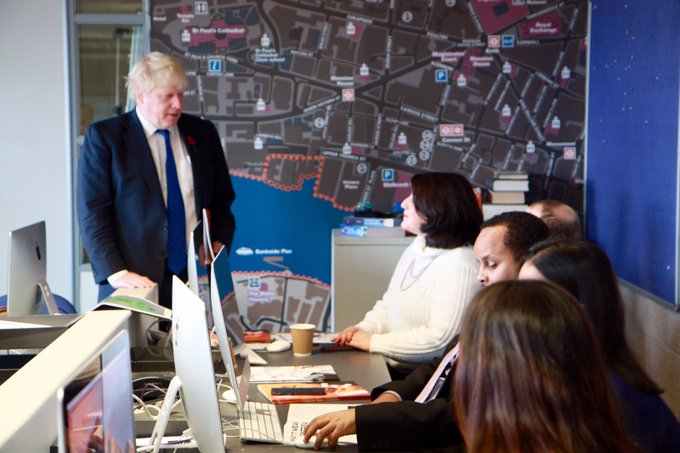 The Foreign Secretary spoke after meeting trainee journalists at the London College of Communication, as well as Syrian, Eritrean and Bahraini participants in its refugee journalism project to help exiles restart their careers in the UK, and Chevening scholars from Malaysia.

His comments came on the International Day to End Impunity for Crimes Against Journalists.

More than 900 journalists have been killed around the world over the past 11 years.

Thomas Hughes, executive director at the Article 19 human rights group, said: “The reality is that the impunity rate for these crimes remains staggeringly high, with 90% unresolved.

“For each journalist killed, attacked, threatened or detained, countless others are intimidated to self-censor, eroding press freedoms and resulting in entire societies being deprived of important information.”

The £1 million fund for the next year will go to projects which help journalists build international support networks to drive up standards and build their capacity to support and safeguard press freedom.

It will also go towards those which lobby governments to relax laws that put pressure on the media, and projects which monitor human rights violations and trial long-term advocacy on targeted impunity cases.