After a relatively warm October, the cold snap that has been November so far has sent shivers through our bones. It has also graced us with some beautiful, frosty mornings and, for some, dusting of snow.

The cold phenomenon we are currently experiencing is called La Nina (‘little girl’ in Spanish) – a period of time when the waters of the eastern Pacific are abnormally cold. It is the counter-phenomenon to El Nino (‘little boy’), when the Pacific water temperature is high and plankton growth increases.

We now know that La Nina also occurred during Charles Dickens’ childhood in the early 19th century and accounts for the many snowy scenes in his writing.

Forecasters have said that this La Nina could last a few months and bring with it minus temperatures and snowfall over the festive period. Some have even predicted that the UK could be colder than Iceland in the coming week. 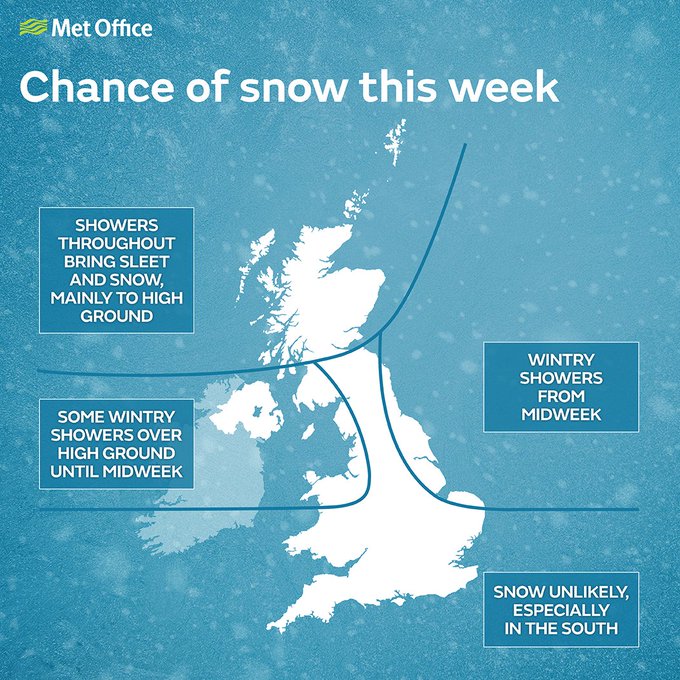 As we head into meteorological #winter this week, some of us could see snow

So, could we have a white Christmas?

The last recorded snow-covered Christmas Day was in 2010, when 19 per cent of the snow stations reported snow or sleet, according to the Met Office.

While we can never be sure until far closer to the event, there has been a massive spike in people placing bets on where has a good chance of seeing a blanket of snow on 25 December. While we know this is nothing solid to go by, it’s a good way to get in the festive spirit…

And just to be clear, a real white Christmas refers to snow which falls on Christmas Day, not any snow which has fallen in the few days previous.

© Provided by National magazine company ltd (Hearst UK)Are any of these destinations near you?

(Odds at time of publishing according to Coral)

If you want to get a more specific prediction for your local area, use Met Check’s White Christmas Calculator here.

10 Insider Tricks For A Cheaper Flight

Vienna is crowned the world’s most liveable city

The dream railway holidays that cost less than you think