Britain’s millennial generation, born since 1981, have suffered a bigger reversal in financial fortunes than their counterparts in most other developed countries except Greece, according to a study.

The report by the Resolution Foundation paints a gloomy picture for all young adults across the developed world – apart from the Nordic countries. It highlights how incomes are depressed, jobs scarce and home ownership is slumping for the millennial generation compared with the baby boomers that preceded them.

But it also reveals that on many measures – apart from unemployment – British millennials have suffered a more significant decline than those in other countries.

“The scale of the pay squeeze for those aged under 30 is surpassed only by Greece,” said Resolution. It found that in 2014, British people born in the years around 1980 earned 13% less than those born around 1970 did at the same stage in life. In Greece this decline was 25%.

It also found that the pay squeeze on British under 30s was twice as big as the squeeze on those in their 50s – a bigger age divide than in any other country.

Home ownership rates have also tumbled far faster in the UK than elsewhere, although Australian millennials are also finding it increasingly difficult to buy homes. 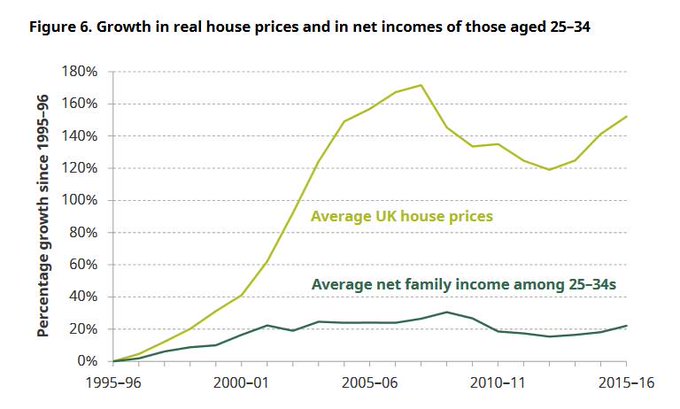 House prices have grown seven times faster than the incomes of young people over the last 20 years https://www.ifs.org.uk/uploads/publications/bns/BN224.pdf …