The Brazil forward sprained his right ankle and cracked his fifth metatarsal during last Sunday’s Ligue 1 victory over Marseille.

PSG will assess Neymar in six weeks to establish a possible date for his return to training, with reports suggesting the 26-year-old could be out of action for around three months. 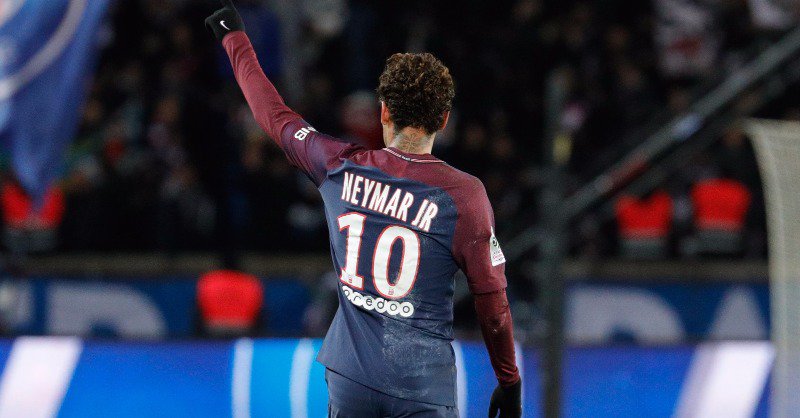 A statement on the club’s website read: “Neymar Jr underwent surgery today at the Materdei Hospital in Belo Horizonte.

“The operation, conducted by Doctor Rodrigo Lasmar, was successful. The operation consisted of the laying of a screw associated with a transplant fixed at the level of the lesion of the fifth metatarsal of the right foot.

© AP PSG’s Neymar smiles during his French League One soccer match between Paris Saint Germain and Montpellier at the Parc des Princes stadium in Paris, Saturday, Jan. 27, 2018. (AP Photo/Christophe Ena)“Re-education will begin immediately under the direction of a club physiotherapist. Neymar’s injury will be assessed in six weeks’ time to establish a possible date for his return to training.”

The injury has triggered concerns for the player’s availability for this year’s World Cup.

Quoted on Brazilian newspaper O Globo’s website, he said: “The recovery takes from two and a half months to three months.

The lay-off could rule Neymar out for the rest of the Ligue 1 season, putting his fitness in doubt for this summer’s showpiece in Russia which gets under way on June 14.

Gary Neville thinks he is done as a football manager

October 23, 2017 Newsroom 1 Comments Off on Gary Neville thinks he is done as a football manager