But analysts expect Putin to face mounting pressure to enact reforms and win back an increasingly disenchanted young generation.

Putin won 76.6 percent of the vote, Russia’s Central Election Committee said Monday, with voter turnout at 67.4 percent, above the 65.2 percent seen in 2012.

Starting his fourth term as president, Putin is set to become the second longest ruling leader of Russia, behind only Josef Stalin, who led the country for almost 30 years.

However, his win comes amid growing disenchantment, particularly among the urban, younger generation, about Putin’s leadership and the lack of political plurality in Russia.

Alexander Rahr, a political analyst at the German-Russian Forum and acquaintance of Putin, told CNBC on Monday that the election was a “typical Russian vote,” but added that despite Putin’s massive win, he would have to listen to growing calls for change, particularly from the young.

“I think that Putin will have to change and this is what every analyst is saying. He cannot rule the country like before. He understands that the youth is rebelling and a lot of people want to have more reforms and he has to open the country. So let’s see how things develop,” Rahr said.

Putin ‘will have to change’ after election success, analyst says  9 Hours Ago | 01:56

Andrew Wood, associate fellow of the Russia and Eurasia Program at thinktank Chatham House, told CNBC that Putin was bringing “nothing new” to Russia.

“It’s interesting (Putin) is already talking about running again and again and again,” Wood said. “(But) quarter of a century in office is just too long. He’s had nothing new to offer in this election, he’s going to carry on resisting the need for economic reform in Russia because that would include proper accountability, a proper court system, a decent press, all those things that go to make up a proper state.”

Putin’s win means the 65-year-old former KGB agent will remain in power until at least 2024.

Speaking after his victory was confirmed, the strongman leader didn’t rule out constitutional reform in order to run for the presidency again. Currently, Russia only allows presidents to run for two terms consecutively. In 2012, the presidential term was extended from four to six years.

“At the moment I have no plans to carry out any constitutional reform. As far as the head of the government is concerned, and the government as a whole, I’ve already said that I am of course thinking about it, but I will start thinking substantively from today because I needed to wait for the election results, but all changes will be announced after the elections,” he said.

There have been widespread reports of electoral irregularities in parts Russia, but the election committee said it had not registered “serious complaints about violations” as yet and there were “twice as few reported electoral violations” than in 2012, Reuters reported.

Alexei Navalny, Putin’s most prominent challenger and perhaps the only serious threat to his authority, was barred from running for the presidency after he was convicted for fraud — a charge widely seen as politically motivated.

Ahead of the 2018 election, Navalny led protests against Putin and called on Russians to boycott the election, saying the electoral process was corrupt.

“We very well understand that unfortunately (Alexei) Navalny was right and it is indeed possible to vote two, three times,” he said. “And we have seen such cases in the Moscow region. It’s clear that the vote count, the whole of the election procedure, was unfair.”

Videos are circulating on Twitter showing alleged voting irregularities, such as the obscuring of polling station cameras. 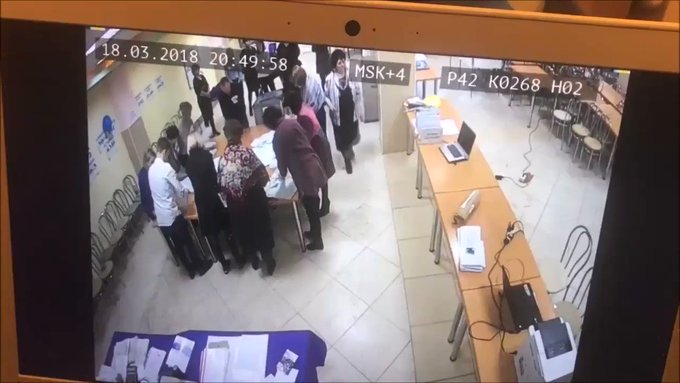 Navalny retweeted a similar video as he dismissed the election result on Twitter, saying it was as they predicted, but has yet to call for protests. 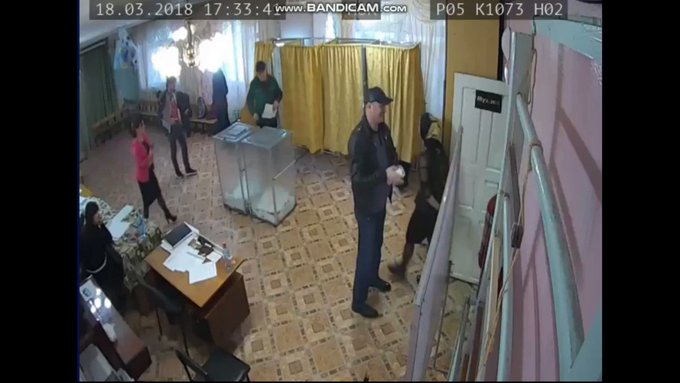 Despite the vocal opposition to Putin and the election result, a brave act in a country where political activism against the Kremlin can lead to harassment and even death, analysts noted that the opposition remained too disunited to challenge Putin effectively. One analyst remarking that the opposition was more divided than ever.

“I expect Mr Navalny… to start some kind of protest. But, again, the problem is one that we see in every Russian election — that the liberal forces do not want to unite,” Rahr said. “There were three or four politicians that could’ve united to be one force then they would have a chance but as it is, every liberal poltiicain wants to run on his or her own, this is the problem.”

Otilia Dhand, senior vice-president at Teneo Holdings, told CNBC that the one important implication of the election was “the implosion of the emerging cooperation within the opposition movement.”

“The anti- Kremlin candidate Ksenia Sobchak clashed on live TV with the opposition leader Alexey Navalny, who rejected her offer for cooperation and accused her of being sell-out to the Kremlin,” Dhand said.

Teneo: Sanctions on Putin’s inner circle could have an impact  9 Hours Ago | 04:10

Putin’s landslide win was so widely expected that financial market reaction was muted, the ruble barely moving against the dollar and the Russian stock exchange flat Monday morning. Economists, including Neil Shearing from Capital Economics, had predicted a muted response.

“The outcome of the election will come as a surprise to precisely nobody and is therefore unlikely to have any impact on local financial markets when they open (Monday),” Shearing said in a note Sunday evening.

“Civil unrest in the wake of the 2012 election triggered some volatility in Russian markets, but a repeat seems unlikely this time around. Instead, local markets are likely to take their lead from fluctuations in oil prices over the coming months and quarters.”

North Macedonia might be born but does it have a national identity?

September 25, 2017 Newsroom 1 Comments Off on German Social Democrats in turmoil after historic loss