An art and textiles teacher from an inner-city school in the UK has won a million-dollar prize. Andria Zafirakou, who works at Alperton Community School in Brent, north-west London, was one of 10 finalists shortlisted for the fourth annual Varkey Foundation Global Teacher Prize.

She hailed the power of the arts after being named as the winner of the award, which recognises an individual who has made an outstanding contribution to the profession, at a glittering ceremony in Dubai, the Press Association reported.

In a congratulatory video message, Prime Minister Theresa May said the prize was a “fitting tribute” for everything Zafirakou had done for her students.

Alperton Community School is in one of the poorest areas of the country and pupils come from a variety of backgrounds.

Zafirakou has learnt how to say basic greetings in many of the 35 languages spoken at the school, including Gujarati, Hindi, Tamil and Portuguese, to help parents feel welcome and included.

She redesigned the curriculum with fellow teachers to make it relevant to pupils, helped set up girls-only sports clubs for those from conservative communities and is also known for taking the time to understand students’ lives by visiting their homes and even joining them on the bus.

Zafirakou, who is the first UK teacher to win the award, said: “The community where I teach in Brent is beautifully diverse and indeed is one of the most multicultural communities in the world.”

She said many students live in “challenging circumstances” and have “tough lives”.

“What is amazing, is whatever issues they are having at home, whatever is missing from their life or causing them pain, our school is theirs,” she told the audience.

In a video message, May said: “You have shown enormous dedication and creativity in your work.

“Being a great teacher requires resilience, ingenuity and a generous heart.

“These are the qualities that you share with your students every day. So, thank you for all you have done and continue to do.” 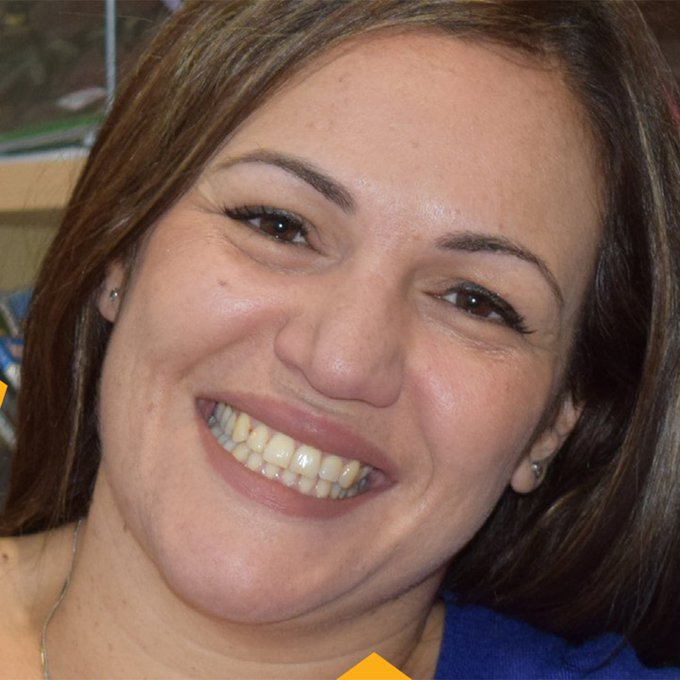 “Congratulations to @AndriaZaf on behalf of the whole country. Winning the Global @TeacherPrize is a wonderful achievement and all pupils and fellow staff at @AlpertonCS must be incredibly proud” – PM

The ceremony, at the Global Education and Skills Forum in Dubai, included a performance by singer Jennifer Hudson and the trophy was delivered on stage by Formula One’s Lewis Hamilton.

Ahead of the ceremony, Zafirakou said she had not allowed herself to consider the possibility of winning the top prize.

“I don’t even want to get my head in that zone yet, because it’s just so extreme,” she said.

“At the moment, I’m just trying to keep myself grounded and enjoy the ride.”

The other finalists, drawn from 30,000 entries from 173 countries, were from Turkey, South Africa, Colombia, Philippines, United States, Brazil, Belgium, Australia and Norway.

Zafirakou will receive one million US dollars (around £715,000) and be asked to serve as a global ambassador for the Varkey Foundation.

She will be required to remain working as a classroom teacher for at least five years and will be paid the prize money in equal instalments.