The 231st Merseyside derby will not live long in the memory as Everton failed to capitalise on a weaker than usual Liverpool side in an uneventful goalless draw at Goodison Park.

With a Champions League quarter-final second leg, in which they lead 3-0, against Manchester City on Tuesday the visitors could be forgiven for being preoccupied and manager Jurgen Klopp’s team selection reflected the importance of that game rather than this. 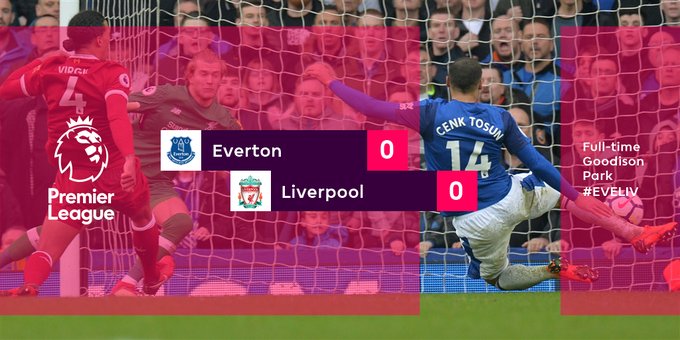 Inches the difference, as frustration in the final third wins the day#EVELIV

Despite a late rally in which Seamus Coleman and substitute Dominic Calvert-Lewin could have snatched victory the Toffees’ seven-and-a-half-year wait for a derby win was extended to 17 matches.

Injuries had stretched Klopp’s resources and with Mohamed Salah’s groin problem not risked Danny Ings, after two serious knee injuries, made his first start in 916 days since scoring in this fixture in Brendan Rodgers’ last game in charge in 2016.

There were also three academy youngsters – all only issued with Premier League squad numbers on Friday – among four teenagers on the bench with Conor Masterson and Curtis Jones joined at the last minute by Rafael Camacho after Alberto Moreno sustained a thigh problem in the warm-up.

Everton’s Cenk Tosun had the first attempt but his left-footed snap-shot flew over the crossbar.

© Provided by The Press Association Cenk Tosun shows his frustration

Dominic Solanke, on his first start since New Year’s Day, should have scored his first Liverpool goal when Seamus Coleman diverted a cross from Nathaniel Clyne, making his first appearance of the season, into his path but he shot straight at Jordan Pickford.

Liverpool’s goalkeeper Loris Karius produced an even better save to tip Yannick Bolasie’s curling shot around the post before Pickford did the same to deny James Milner.

Bolasie also benefited from some generous refereeing by Michael Oliver, who gave the winger the benefit of the doubt when he left a foot in on a sliding Ings near the touchline.

Everton did not capitalise on Liverpool playing Ragnar Klavan out of position at left-back as Theo Walcott and Coleman failed to have a proper run at him the entire game.

Wayne Rooney was replaced by the more defensively-minded Idrissa Gana Gueye 10 minutes into the second half but it was not until the last 15 minutes that Everton came alive. 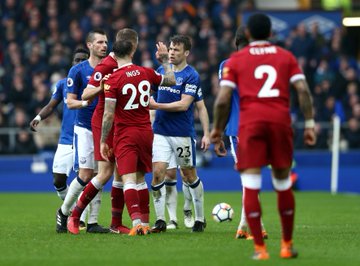 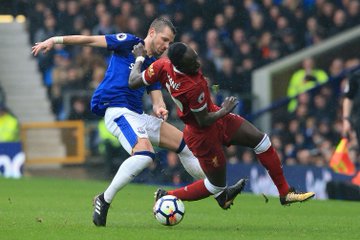 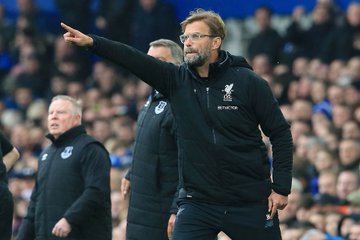 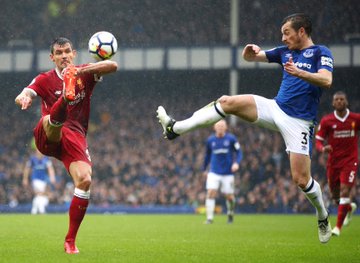 No derby delight for Liverpool as they draw 0-0 at Everton … but the same result against Manchester City on Tuesday would suit them just fine.#UCL

First Leighton Baines’ cross flew through the six-yard box but evaded Tosun and then when the Turkey international tried to pick out Walcott in space at the far post, the England winger slipped over.

More late agony was to follow with Coleman failing to connect with Tosun’s header back across goal after Walcott finally beat Klavan one-on-one and Calvert-Lewin steering wide with only Karius to beat.

The sight of regular full-back Trent Alexander-Arnold playing right wing for the final five minutes indicated how far Klopp’s resources were stretched and he will hope for some good news on the injury front in the next couple of days with their Champions League future still to be resolved.

October 14, 2017 Newsroom 1 Comments Off on Iniesta set to return for Barcelona to face Atletico after overcoming injury