A total of 3.6 million cars are predicted to hit the road between 14:00 and 19:00. The busiest section most likely to see long delays? The M5 motorway between Junction 4 and Junction 1.

How lengthy might those delays be? Well, a journey that usually takes 21 minutes could, according to Inrix data, stretch to 1 hour 21 minutes…

Highways England has at least lifted more than 300 miles of roadworks on motorways and major A-roads. RAC spokesman Rod Dennis added the late August Bank Holiday is not typically one of the busiest, as some people are already away.

But “it still has huge potential to bring gridlock to major roads, especially if we were to see the sun make a welcome comeback”. 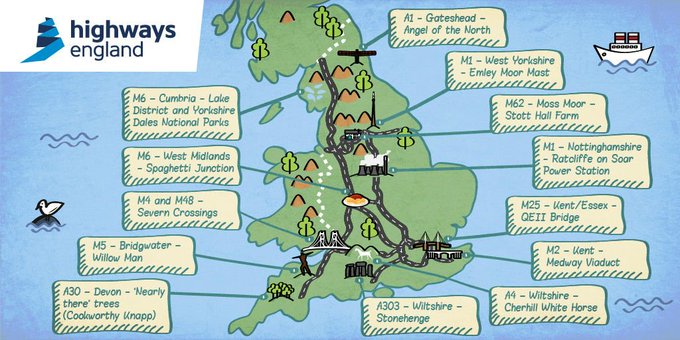 Planning a day out or long weekend away this #BankHoliday, why not see how many of these famous landmarks you can spot on your journey?

What can motorists do? According to Inrix data scientist Josh Kidd, “travel as early or as late in the day as possible.

“However, on Friday, the joint busiest day this weekend, our data suggests drivers should set off between 10:00 and 13:00 to avoid clashing with commuters and other people planning a Bank Holiday getaway.”

Have a trip planned? Quick – you have no time to waste if you’re going to beat the traffic!