Frans Timmermans said Wednesday that he wants the top job at the European Commission.

The first vice-president of the Commission made the announcement at a favorite café in the town of Heerlen in the Netherlands, surrounded by supporters of the Dutch Labor party (PvdA).

The Dutchman said he decided to run because he wanted to tell his children he “tried his best” for Europe. “Where were you? You had all these ideas and you were always telling us how important Europe was. But where were you at crunch time? I have to be able to answer that question,” he told the Financial Times.

As POLITICO reported Tuesday, Timmermans had already secured the support of German Social Democratic Party leader Andrea Nahles. She declared her support for him being the Party of European Socialists’ Spitzenkandidat in the European election in a letter to PES President Sergei Stanishev and Treasurer Ruairi Quinn, saying: “I am convinced that Frans Timmermans unifies and strengthens our European party family and will lead us to a strong common result in the election for the European Parliament next year.” 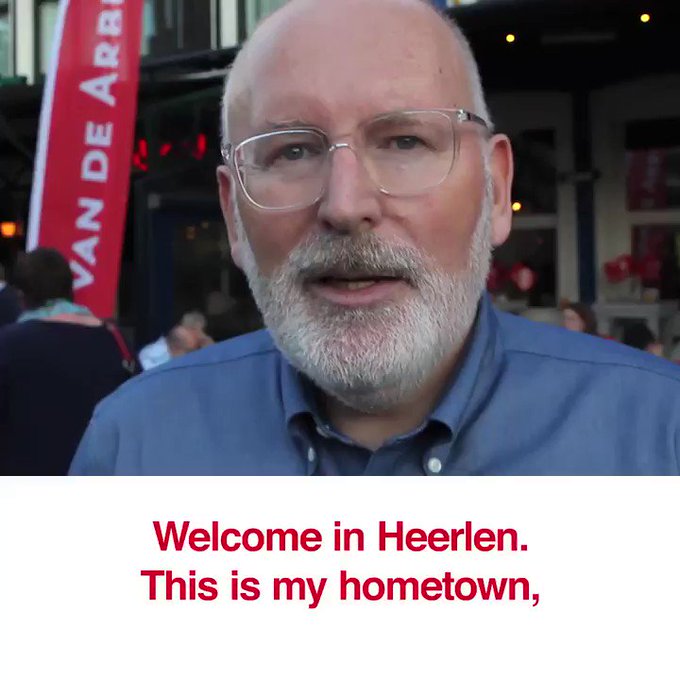 Today in Heerlen, my home town, I launched my campaign to lead the @PvdA and @PES_PSE in the 2019 European elections.

Rumors that Timmermans would run as the Socialists’ lead candidate had been circulating for weeks in the corridors of the EU institutions. But some view Timmermans as a weak candidate because he comes from a party that is not in power and lost significant votes in the last national election.

Socialist parties have until October 18 to submit candidates. Each PES member party and organization will then choose the method of selecting the candidate they support “according to PES member parties’ own decision-making principles and practices,” a PES spokesperson said.

The party’s lead candidate will be officially named at the PES congress in December in Lisbon.