MANCHESTER, England (Reuters) – Manchester United’s David de Gea was hailed as the best keeper in the world by Jose Mourinho who said the Spaniard wants to stay at Old Trafford after his amazing save helped them qualify for the Champions League last 16 on Tuesday.

Following a last-gasp 1-0 win over Young Boys at Old Trafford, Mourinho was also adamant that it was crucial to United’s ambitions to keep the 28-year-old Spain international, who has been linked with French champions Paris St Germain.

“He is the best goalkeeper in the world. If our ambitions are to have the best in the world, we have to keep him,” Mourinho told reporters after one extraordinary save in the Group H game again demonstrated the Spaniard’s value to United.

“…I know he wants to stay, I know his agent (Jorge Mendes) is happy to do what the player wants and I also know the board want him to stay and they are working on that so hopefully sooner or later they reach a conclusion.”

De Gea has been at the centre of a drawn-out contract saga at United. His deal is set to expire at the end of the season and United have been negotiating with him over a new one and also have an option to extend for another year.

The home side were labouring on Tuesday and, with the Swiss champions growing in confidence, a 70th-minute Ulisses Garcia shot was deflected and looked to have put the visitors ahead until De Gea flung himself backwards to claw the ball to safety.

Goal-line technology demonstrated that the ball was on the line when he somehow managed to perform his acrobatic heroics.

“It looks a phenomenal save, a save that the best goalkeeper in the world does and gives his team the possibility to win the match,” said Mourinho.

United went on to grab a 91st-minute winner thanks to a Marouane Fellaini strike, with the Belgian appearing to touch the ball with his arm as he swivelled to strike it. 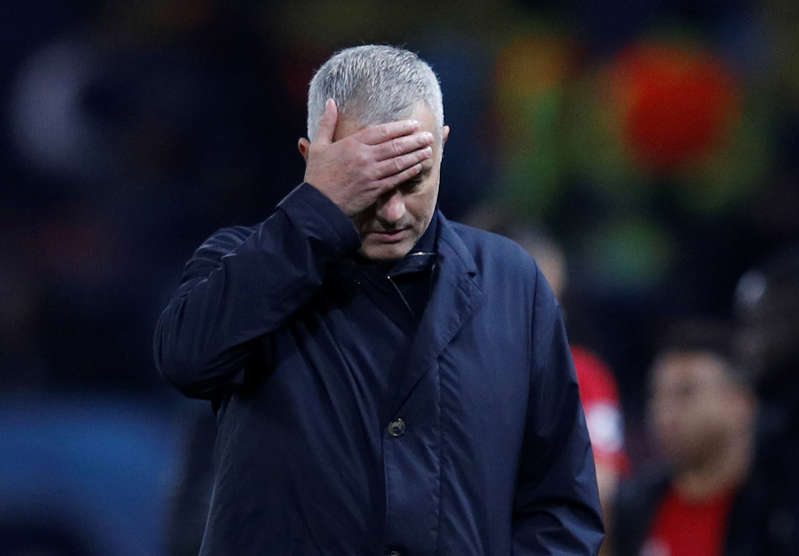 Mourinho, who went on to pick up and hurl a drinks container to the ground after the winning goal, admitted his “relief” that it meant United would now not have to suffer a nervous night in Valencia in the final round of group matches

“We didn’t play to be in trouble until the last minute. I was frustrated we couldn’t score. My players were very tired at the end. That’s what I want. Without David de Gea’s save, no winning goal. We qualified. We did it.”

His United side, though, had gone through a now-familiar lengthy struggle to earn the win, raising more questions about their chances of going much further in the knockout stages.

Mourinho acknowledged this as he added: “Realistically, to be in the last 16 is an achievement — not a big one or a fantastic one, but an achievement.

“There are better teams than us. Teams with more quality and realistic ambitions. When a team arrives in the quarter-finals, anything can happen.”

May 15, 2017 Newsroom 1 Comments Off on Tottenham secure runners-up spot on historic day

Essex on the brink of title win

September 15, 2017 Newsroom 1 Comments Off on Essex on the brink of title win