Austerity-hit schools could be facing an eye-watering £4.8bn cuts bombshell if the government doesn’t fund a planned pension contributions hike.


Labour says headteachers will be left with no choice but to slash spending on “the absolute basics” if Chancellor Philip Hammond does not plug the four-year shortfall at next year’s spending review.

The new figures, from the House of Commons Library, will pile pressure on ministers to act in the wake of a mass protest at Westminster by headteachers in September.

During the budget in November, however, Hammond was castigated for saying cash-strapped schools could buy “little extras” with a one-off £400m fund he announced at the budget.

Now, he is set to face renewed calls to give schools more money.

The Department for Education (DfE) said that the changes make teachers’ pension schemes “sustainable in the long-term”.

In 2016, ministers admitted the pensions hike would amount to a sizeable £2bn, but that figure was revised up at the November budget and there is only enough cash set aside to cover costs for 2019/20. 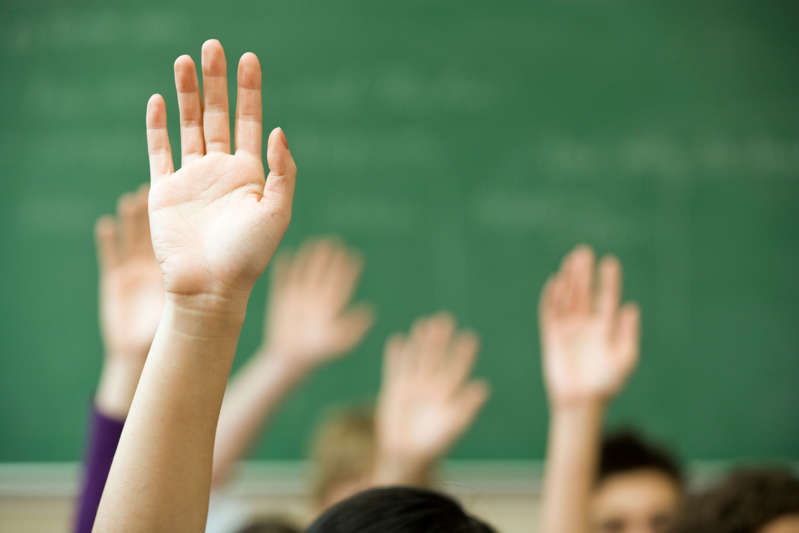 © FangXiaNuo Hands raised in classroomIt comes after respected think tank the Institute for Fiscal Studies (IFS) found that per-pupil funding had fallen by 8% since 2010.

Labour MP Stephanie Peacock, who is a former teacher, said the government should match the commitment it gave to the NHS, which has seen its extra pensions contributions fully covered.

© SIPA USA/PA Images School head teachers gather at Parliament Square to demand better funding for education, London on September 28, 2018. (Photo by Alberto Pezzali/NurPhoto/Sipa USA)If schools are left to pick up the bill for this Treasury shortfall it will leave every head teacher in the country struggling to cover their cost Labour MP Stephanie Peacock

“The Tories’ offer of ‘little extras’ is an insult when they aren’t even funding schools for the absolute basics” she said. “Parents and children are facing the loss of teachers, support staff, or even entire subjects and school days, while the Chancellor offers them a whiteboard. Now they are threatened with a five billion pound cuts bombshell thanks to the government’s own decisions.

“If schools are left to pick up the bill for this Treasury shortfall it will leave every head teacher in the country struggling to cover their costs. Ministers should match Labour’s commitment to cover public sector pay, so there is stability for services like education. Instead, schools are now left in limbo with a crisis looming.”

© SIPA USA/PA Images Head teachers march on Parliament to ask for an end to school cuts The National Education Union, meanwhile, said unlike NHS chiefs, teachers had been given no assurances about how the pension changes would be paid for.

Kevin Courtney, Joint General Secretary, said: “At a time when school budgets are stretched to breaking point, it is crucial that these additional costs are fully met. To do less will mean that the crisis in school funding takes a whole new turn for the worse.

“School governors must urgently be given confirmation that these extra pension costs will be met in the long term.”

HuffPost UK approached DfE for comment and was told ministers would be consulting with schools before the spending review.

© SIPA USA/PA Images Head teachers march on Parliament to ask for an end to school cuts A spokesman for the government said: “The public sector pension changes announced by the Treasury will mean better benefits for teachers and staff working throughout our education system –making these changes now will ensure that the schemes remain sustainable in the long-term and continue to provide teachers with one of the best pensions in the country.”

Cannabis will be legalised in UK within five years, say MPs after cross-party ‘research trip’ to Canada