Modric won the Champions League with Real Madrid and then guided Croatia to the World Cup final in July. He was voted player of the tournament.

“As a kid we all have dreams. My dream was to play for a big club and win important trophies,” Modric said. “The Ballon d’Or was more than just a dream for me and it is really an honor and a privilege to hold this trophy.”

Ronaldo was second in the Ballon d’Or followed by France forward Antoine Griezmann. France’s teen star, Kylian Mbappe, was fourth in the polling. Brazil star Neymar, who was third last year, was a lowly 12th despite a domestic treble with Paris Saint-Germain.

Modric, who has won the Champions League four times with Madrid, was fifth in Ballon d’Or polling last year.

“2018 is a dream year for me,” the 33-year-old Modric said. “Throughout my career I realized hard work, persistence and belief in yourself in difficult moments are the foundations of success.”

Modric’s father was shown on the big screen during the ceremony at the imperious Grand Palais in Paris, wiping away tears.

Ronaldo missed out on a record sixth award, which would have moved him one ahead of Messi. The last player to win it before those two started dominating world soccer awards was Brazil midfielder Kaka with AC Milan in 2007. 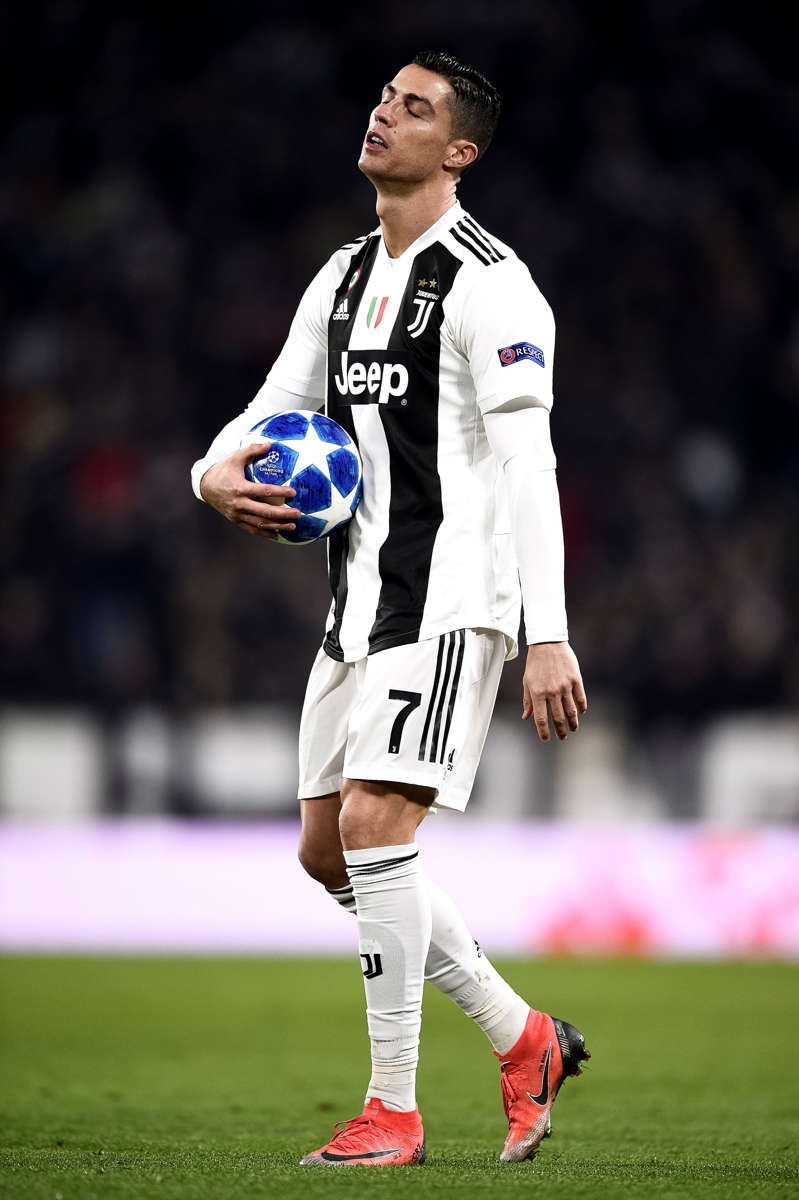 Ronaldo also won the Champions League last season with Modric, before leaving to join Juventus. He scored a hat trick against Spain at the World Cup but he failed to make an impression when Portugal lost to Uruguay in the round of 16.

France coach Didier Deschamps said a France player should have won the award.

“They deserve it because of what they did with the national team at the World Cup and also because of the trophies they won with their clubs,” Deschamps said.

Messi was fifth in the voting, having been runner-up to Ronaldo the past two years and in the top three every year since 2007. Modric had never previously been in the top three.

The previous oldest winner was central defender Fabio Cannvaro, who was also 33 when he won it in 2006 after helping Italy win the World Cup.

The 19-year-old Mbappe — the youngest player to score in a World Cup final — also won the Raymond Kopa Trophy awarded to the best young player.

Hegerberg is a three-time Women’s Champions League winner with French side Lyon and scored a tournament-record 15 times last season.

France Football magazine has been awarding the Ballon d’Or since 1956, and created a women’s award for the first time this year.

“I want to say thanks to France Football. It’s a huge step for women’s football,” Hegerberg said. “I want to end this speech with a message to all young girls in the world. Believe in yourselves.” 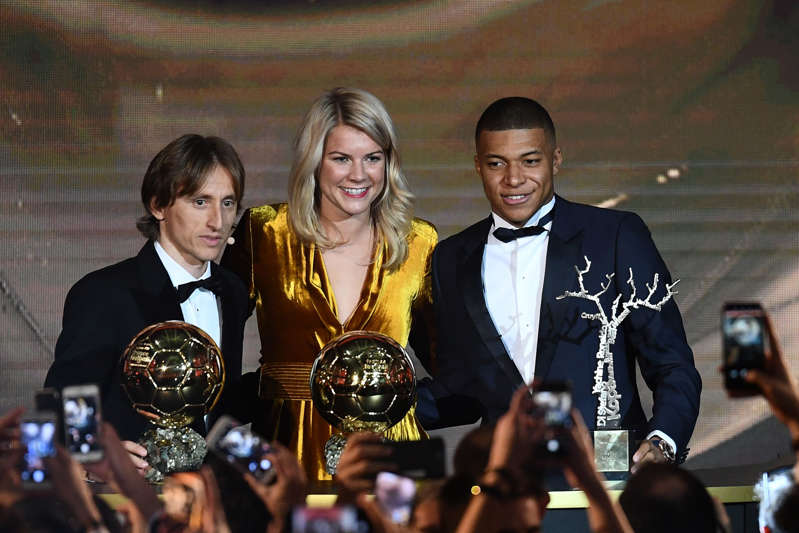 The outspoken 23-year-old Hegerberg said she won’t play for Norway at the Women’s World Cup in France next June.

Taking a stand against what she describes as a lack of respect for female players in Norway, she hasn’t played for the national team since it crashed out of the group stage of the Women’s European Championship in 2017 without scoring a goal.

After collecting her Ballon d’Or, Hegerberg told The Associated Press she has no plans to reconsider her decision taken to preserve her “authenticity and my values, as a person, as a footballer.”

“A lot of things need to be done to make the conditions better for women who play football,” she said. “It’s all about how we respect women’s football. I don’t think the respect has been there.

“Sometimes you have to take tough decisions to stay true to yourself. I let them know, quite clearly, what I found wasn’t working.”