Splits in the anti-no deal alliance of MPs in parliament threatened to stymie plans to stop a no-deal Brexit on Friday, as Conservatives and independent MPs ruled out backing plans brokered by Jeremy Corbyn.

The row between the Liberal Democrats and Labour deepened as the mayor of London, Sadiq Khan, urged the Lib Dem leader, Jo Swinson, to seriously reconsider Corbyn’s offer to head a temporary government to stop a no-deal Brexit. The Lib Dem’s former leader Vince Cable demanded Corbyn name a unity figure whom he would back if his plan failed.

Corbyn’s hopes of forming a unity government were fading on Friday as a number of prominent Conservatives working to stop no-deal Brexit ruled out any mechanism to put the Labour leader in No 10.

Dominic Grieve, who has previously suggested he could vote against the government in a confidence vote, said he would not go as far as facilitating a Corbyn government. “Jeremy Corbyn is unfortunately a deeply divisive figure and in trying to stop a no-deal Brexit it is not my purpose to help him into Downing Street,” he said.

In the latest attempt to convince wavering MPs of Labour’s plan, Khan wrote to Swinson saying her plan to install a Tory or Labour grandee at the helm of a unity government was also not viable.

“The Liberal Democrats’ continued insistence that Jeremy Corbyn could not lead this potential unity government is now the single biggest obstacle to stopping no deal,” he wrote in a letter seen by the Guardian.

Khan, who has previously been an outspoken critic of Corbyn, including on his Brexit policy, said a vote of no confidence and a temporary Labour administration to extend article 50 was the “only certain path” to stopping a no-deal Brexit. 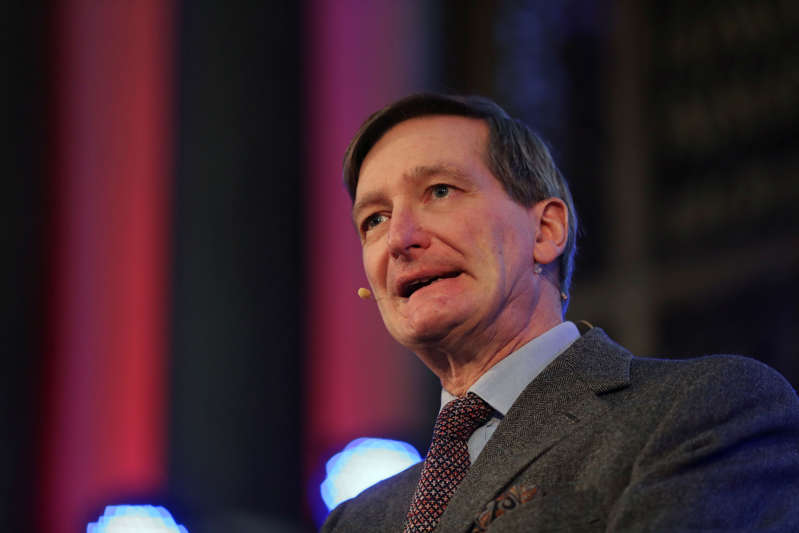 In his letter to Swinson, Khan said it was “crystal clear” that Boris Johnson’s intention was to pursue a no-deal Brexit and he was writing to Swinson “with a personal plea from one ardent remainer to another”.

“Constitutional experts are warning that there may be only one chance left to stop Boris Johnson delivering a no-deal,” he wrote. “That involves defeating his government in a vote of no confidence as soon as parliament returns in September, and then forming a short-term government of national unity in order to get an extension of article 50 and trigger a general election.”

Khan said an alternative government forged in the 14 days after a no-confidence vote, before the triggering of an automatic general election, was the only guaranteed way to stop no-deal Brexit.

“There is no doubt that Jeremy Corbyn is the only viable choice to lead a temporary government of national unity in order to stop no-deal,” he said. “There is simply no viable parliamentary majority or justification for any of the alternatives you have put forward … It is not too late to do the right thing in the national interest and change your position for these crucial talks.”

Swinson dismissed Corbyn’s offer on Wednesday but has since said she is open to discussions, while warning that Labour would be unable to get enough Conservative votes – or votes from former Labour MPs sitting as independents – to make the plan viable even with Lib Dem support. 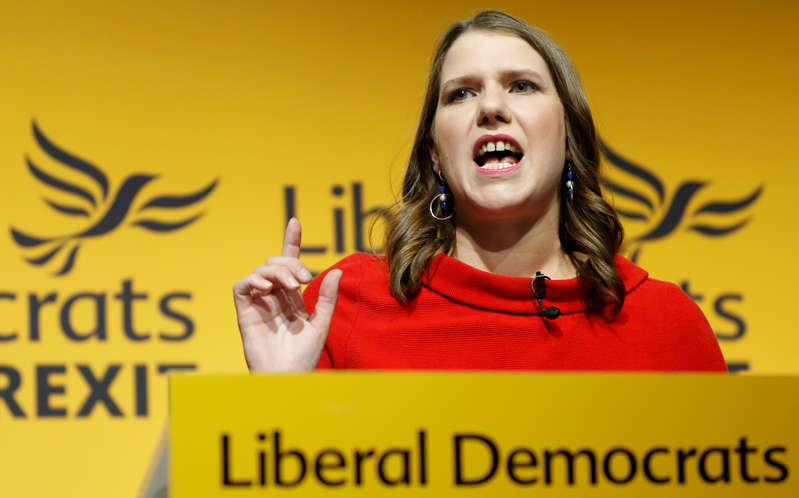 “If it was the only way in which the plain majority in the House of Commons that is opposed to a no-deal exit could find a way forward … I wouldn’t object to it,” he told BBC Radio 4’s PM programme.

“But there’s an awful lot to be gone through before then and I haven’t been taking part in any talks with anybody for the last fortnight. I’ve been on the phone to one or two people in the last couple of days just to find out what the devil’s going on.”

Clarke claimed it was wrong “factually and constitutionally” for Corbyn to portray himself as the only viable figure to lead a unity government.

However, the father of the House of Commons offered another role for any unity government – a remit to negotiate a new Brexit deal – when others had suggested it should be restricted to negotiating an extension to article 50 and then calling either an election, which is Corbyn’s preference, or a referendum, which some MPs would prefer.

© AFP/Getty Images Jo Swinson, the leader of the Lib Dems, had proposed Ken Clarke or Harriet Harman as neutral figures who could lead a temporary government. Photograph: Tolga Akmen/AFP/Getty Images

Clarke said he would lead a “single-issue, short-term government” with a policy to “sort out Brexit” – a far cry from the preferred Lib Dem route of a second referendum.

“I think it would seek an extension, actually put together a mandate for discussions that the majority of the House of Commons approved of, and a mandate that the Europeans would not resist – like staying in the customs union, staying in regulatory alignment, keeping our free flows of trade and investment, protecting our jobs and our key sectors of business and agriculture in this country,” he said.

“Then, once it had got that under way and set, it would call an election probably or resign and let’s see if parliament could form a party government of any kind that took it all forward and started resuming other politics.”

Conservative MPs came under heavy pressure on Friday to distance themselves from Corbyn’s proposal. The former justice secretary David Gauke tweeted: “If anyone thinks the answer is Jeremy Corbyn, I think they’re probably asking the wrong question.”

Other independent MPs also came out swinging against the Labour leader. Anna Soubry, the former Tory MP who now leads the Independent Group for Change, said her five MPs “will not support nor facilitate any government led by Jeremy Corbyn.

“He cannot command unity of support amongst his own MPs but now Jeremy Corbyn calls on the rest of us to back him as ‘unity’ prime minister,” she said. “And we won’t even get a people’s vote but instead a general election which as we know will solve nothing.”

Cable said Corbyn must now set out his plan B if he could not command a majority himself. “It would be up to the House of Commons to decide who a caretaker prime minister put in place to stop a no-deal Brexit would be,” he said.

“This is not about party leaders, but getting a group together to stop no-deal. It is clear Jeremy Corbyn cannot command that majority in the house. I urge him to do the right thing and confirm that if he cannot, he will support someone who can.”

Labour’s secret ‘Stop Boris’ deal with the Scots: ‘Hypocrite’ Corbyn holds talks with SNP to push General Election back to NOVEMBER to guarantee No Deal Brexit is dead (and because they believe they’d lose if it was any earlier)