Jeremy Corbyn will gather opposition leaders and Tory rebels at a meeting in parliament next week to discuss the fight against a no-deal Brexit, amid continuing splits over tactics to prevent Boris Johnson leading a crash-out of the union on 31 October.

The Labour leader invited SNP, Liberal Democrat, Plaid Cymru, Conservative and independent MPs to visit his office on Tuesday, as he urged them to talk about “all tactics available to prevent no deal”.

His invitation was immediately accepted by Ian Blackford, the SNP Westminster leader, who has been calling for weeks for opposition parties to work together. “All options must be on the table. The SNP stands ready to pursue every avenue, including passing legislation to block no-deal and a vote of no confidence in the Tory government,” he said.

Jo Swinson, the Lib Dem leader, also accepted the invitation but argued that Corbyn should drop the idea of trying to become a temporary caretaker prime minister.

“We must focus on workable options that can actually stop no-deal Brexit, because we do not have time to waste. If Jeremy Corbyn truly wants to stop no deal, then he must be open to options other than his plan to become prime minister and I look forward to hearing about the different options he is willing to explore,” she said.

Tory rebels, including Dominic Grieve and Oliver Letwin, have also previously said they would be happy to meet Corbyn to discuss the best way of preventing a no-deal Brexit.

Corbyn said it was essential to work together as the country was “heading into a constitutional and political storm”. He urged the other MPs to join with him to “do everything we can to stop it”.

There are several separate plans to stop the UK crashing out. They include passing a law to mandate Johnson to extend article 50 to facilitate an election or second referendum; gaining support for revoking article 50 if there is no deal by 31 October; finding a way to bring the withdrawal bill back to the Commons; and defeating Johnson in a confidence vote before forming a caretaker government.

However, there are splits within the MPs fighting against a no-deal Brexit concerning the best plan, with some wanting to move straight to a confidence vote and others believing a legislative route to prevent a disorderly exit is the best option. 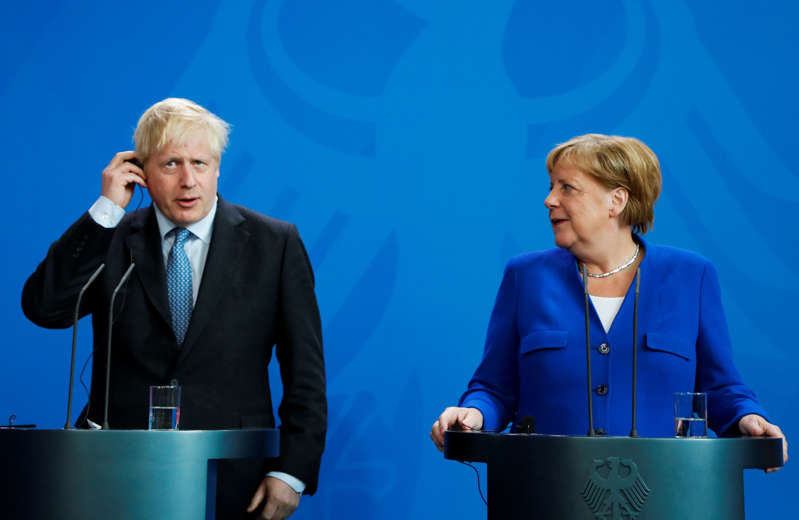 There is no agreement over who should lead a caretaker government – whether Corbyn or a veteran figure such as Ken Clarke or Harriet Harman. Nor is there agreement about what an extension to article 50 would be used for, such as a general election or second referendum.

A number of Conservatives and independent MPs have said they could not support Corbyn as leader of a caretaker government but the Labour leader has insisted he is the only suitable candidate for that role.

Labour insiders say the party is feeling under increasing pressure to bring an early confidence vote in Johnson soon after parliament returns even if it is not winnable yet, as it could show the prime minister just how close he is to losing control of No 10 by pursuing a no-deal Brexit.

Meanwhile, rebel Conservative MPs are still working on legislative ways to mandate an extension to article 50, but some are despairing over whether that is possible and have been returning to examining ways to go back to Theresa May’s deal to test support for it against a no-deal Brexit.

Naomi Smith, chief executive of the Best for Britain group, campaigning to stop Brexit, called on the opposition parties not to engage in “any more mud slinging” and to work together to figure out how a new government could command a majority.

“A mechanism needs to be found in parliament to test the prospects of alternative administrations,” Smith said. “If the Johnson government is voted down there are only 14 precious days for the palace to call for an alternative prime minister and for the Commons to show its confidence in that person and their administration.”

The Conservatives responded to Corbyn’s call for a meeting by claiming that he would “do all he can to stop delivering on the referendum result” – even though the opposition leader had made clear he would like to put a Labour-negotiated deal versus a remain option to a referendum.

James Cleverly, the Conservative party chairman, said: “The alternative to delivering Brexit is Jeremy Corbyn as prime minister, a man who would wreck the economy, is soft on crime and won’t stand up for Britain. All Jeremy Corbyn offers is more dither and delay.”