Jurgen Klopp insists the Premier League title race will not be solely between Liverpool and Manchester City, and says he sees no advantage in playing before the champions.

Liverpool welcome Arsenal to Anfield on Saturday evening, while City travel to Bournemouth on Sunday afternoon. Both matches will be shown live on Sky Sports.

City pipped the Reds to the title by just a point last season, but asked whether it is too soon to benefit from kicking off before Pep Guardiola’s men this weekend, Klopp told Sky Sports News: “February is too early for that!

“The more important thing for me is it’s not a two-horse race. If it was, we don’t even know if we would be the second horse.

“We have to show a lot again. It was the first time last year that we played a season like this – how can we take for granted that we will play like this again?

“There must be some space for us to improve. Nobody cares who plays first at the moment.” 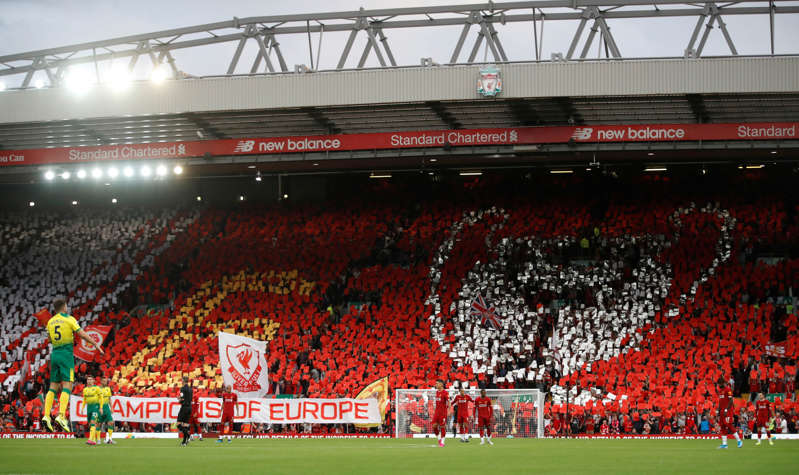 Klopp also expressed his delight at Alex Oxlade-Chamberlain renewing his Liverpool contract on Thursday after recovering from a serious knee injury.

Questioned on how pleased he was by the news, Klopp said: “Very. It was a big positive when he signed the contract.

“It’s nice that he committed to the club again. We spoke so much about him, even when he was injured, because of his talent.

“Now he is back and 100 per cent in contention, which is good. He’s in good shape, which helps a lot.”

The news of Oxlade-Chamberlain’s new contract came in the same week that Liverpool announced new plans to expand Anfield, just three years after they redeveloped the Main Stand.

Klopp approves of the plans, saying: “It’s planned, so it’s not now – it’s really early stages. It’s not easy and there are some things to sort before.

“But I like the plans – more support in the season would help us obviously. I love our Main Stand – since we had it I haven’t seen a better one in Europe.”

June 2, 2017 Newsroom 1 Comments Off on Latest on Mohamed Salah to Liverpool: Player wants move to happen