Boris Johnson has asked the attorney general, Geoffrey Cox, whether parliament can be shut down for five weeks from 9 September in what appears to be a concerted plan to stop MPs forcing a further extension to Brexit, according to leaked government correspondence.

An email from senior government advisers to an adviser in No 10 – written within the last 10 days and seen by the Observer – makes clear that the prime minister has recently requested guidance on the legality of such a move, known as prorogation. The initial legal guidance given in the email is that shutting parliament may well be possible, unless action being taken in the courts to block such a move by anti-Brexit campaigners succeeds in the meantime.

On Saturday Labour and pro-Remain Tory MPs reacted furiously, saying that the closure of parliament, as a method for stopping MPs preventing a potentially disastrous no-deal Brexit, would be an affront to democracy and deeply irresponsible, particularly given the government’s own acceptance of the economic turmoil no-deal could cause.

Shadow Brexit secretary Keir Starmer said: “Any plan to suspend parliament at this stage would be outrageous. MPs must take the earliest opportunity to thwart this plan and to stop a no-deal Brexit.”

The prominent Tory remainer and former attorney general Dominic Grieve added: “This memo, if correct, shows Boris Johnson’s contempt for the House of Commons. It may be possible to circumvent the clear intention of the House of Commons in this way but it shows total bad faith. Excluding the house from a national crisis that threatens the future of our country is entirely wrong.”

Johnson has said he is “not attracted” to the idea of proroguing parliament and that he wants a Brexit deal, but has repeatedly refused to rule it out. After becoming prime minister he immediately promoted Dominic Raab, the first senior Tory to propose the idea of shutting parliament to get Brexit through, to the post of foreign secretary.

The email shows that the feasibility of a five-week parliamentary shutdown is under active consideration, from soon after the date on which parliament returns on 3 September, until the eve of the last EU summit before Brexit, on 17 and 18 October, when it will be too late for MPs to block no deal. The revelation will also anger EU leaders as Johnson makes his international summit debut at the G7 in Biarritz this weekend.

Johnson was due to meet US president Donald Trump for talks on Sunday, with Brexit and international trade high on the agenda. He will also meet EU council president Donald Tusk who said on Saturday that he would not cooperate with Johnson on a no-deal Brexit, but rather wanted to find a way forward with him to secure a deal on issues including the Irish backstop.

Tusk said as G7 leaders gathered that he was “willing to listen to ideas that are operational, realistic and acceptable to all EU member states, including Ireland, if and when the UK government is ready. The one thing I will not cooperate on is no deal, and I still hope that prime minister Johnson will not like to go down in history as ‘Mr No Deal’.”

© AFP/Getty Images Donald Tusk said he hoped Johnson would not like ‘to go down in history as Mr No Deal.’ Photograph: Ludovic Marin/AFP/Getty Images

Pro-Remain MPs have spent the summer recess planning how to block a no-deal outcome and, if necessary, force an extension to the Brexit deadline beyond 31 October, when parliament returns on 3 September.

Among the options being considered are taking control of Commons business for enough time to pass legislation that would mandate the prime minister to seek another extension.

An alternative backed by some Remainers is to amend Brexit-related legislation to force an extension.

EU leaders will be closely monitoring the clashes in parliament in September. Brussels sources say the bloc is reluctant to make fresh concessions before MPs have had an opportunity to tie Johnson’s hands by seeking to block no deal.

Speaking en route to the French resort, the PM urged MPs not to consider trying to do so. “I think it’s parliament’s job now to respect not just the will of the people but to remember what the overwhelming majority of them promised to do over and over and over again, which is to get Brexit done, to respect the will of the people, and to come out of the EU on 31 October. That is what I am confident our parliament will do,” he said. 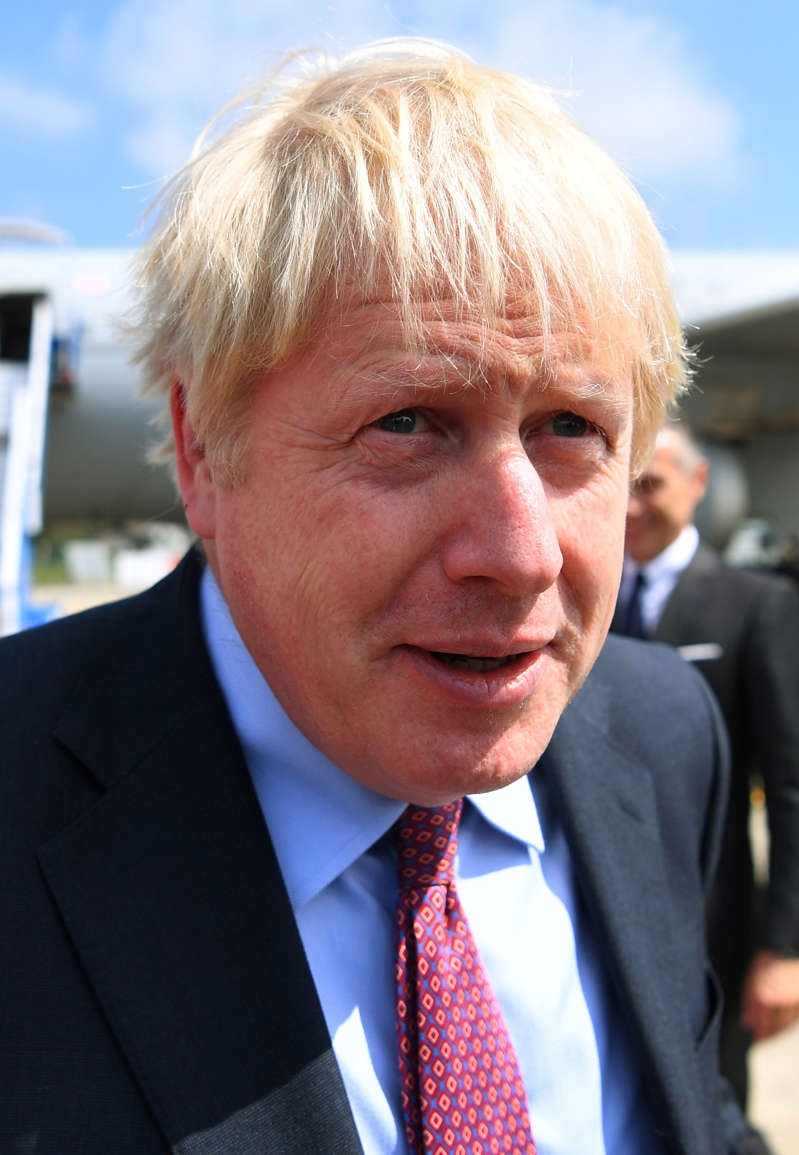 The leaked email will fuel speculation that Johnson is prepared to make the delivery of a “deal or no deal” Brexit an issue of parliament versus the people. The email examines whether the prime minister could thwart MPs’ plans by shutting parliament until a Queen’s speech would herald a new parliament on 14 October.

A government source said there was a definite and clear plan to prorogue parliament being hatched by Johnson’s closest advisers.

In particular the memo examines whether Johnson could circumvent a previous amendment, championed by Grieve, that was inserted into a bill relating to the Northern Ireland Assembly earlier this summer. It requires ministers to report regularly to parliament on progress in restoring the Stormont Assembly. The email suggests the Grieve amendment does not necessarily prevent the prime minister activating the prorogation plan.

The news will add greater urgency to talks that will take place on Tuesday between Jeremy Corbyn and cross-party MPs on how to prevent no-deal. Corbyn has said he will call a confidence motion in the government when parliament returns, and if successful, would seek to become prime minister for an interim period before calling a general election. Starmer is understood to want MPs to try to pass legislation specifically to mandate the prime minister to ask the EU for an extension.

Senior MPs believe Johnson may think that he can win such a confidence motion, and believe that having done so that he would have a mandate to drive through a no-deal Brexit even if he had to shut down parliament to do so. Any move to prorogue parliament would enrage Commons speaker John Bercow who said recently at the Edinburgh festival that parliament could stop a no-deal Brexit.

The campaigner and businesswoman Gina Miller has said she will spearhead an immediate legal challenge should Johnson try to shut down parliament in order to drive through a no-deal Brexit against the wishes of MPs.

A government source did not deny that legal advice had been sought. They added: “As a matter of routine, No 10 officials ask for legal and policy advice every day.”