Liverpool will strenuously reject a remarkable set of allegations – made by the agent of their 18-year-old Under-23s striker Bobby Duncan – that the club have engaged in “mentally bullying and destroying the life” of the teenager in refusing to countenance a sale or loan.

In an explosive statement that alleged Duncan had “deep mental health issues” as a result of his career impasse, the player’s advisor, Saif Rubie, blamed the club’s highly-regarded sporting director, Michael Edwards, for blocking the player moving away. Liverpool reject all allegations made by Rubie against Edwards and the club itself and will defend their position.

The top goalscorer for the Under-18s last season, it was alleged by Rubie that Duncan, who is the cousin of Steven Gerrard, would never play for the club again despite having signed a contract that runs until the end of next season. As the statement circulated on social media, Rubie was accused of damaging the player’s career by former Liverpool defender Jamie Carragher, now a columnist for The Daily Telegraph. 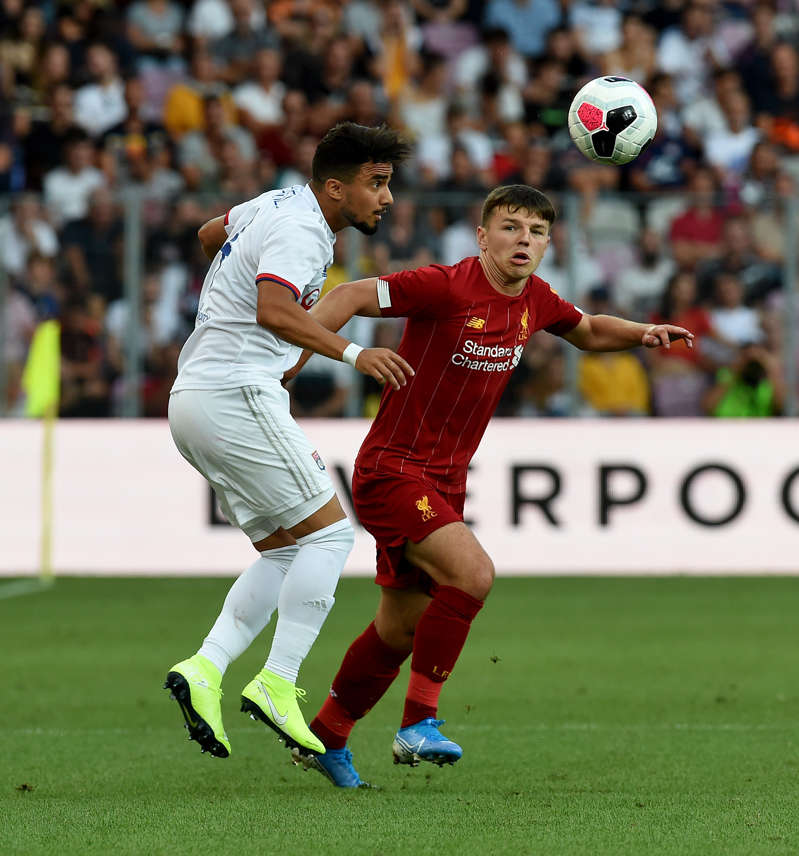 © 2019 Liverpool FC GENEVA, SWITZERLAND – JULY 31: (THE SUN OUT, THE SUN ON SUNDAY OUT) Bobby Duncan of Liverpool during the Pre-Season Friendly match between Liverpool and Olympique Lyonnais at Stade de Geneve on July 31, 2019 in Geneva, Switzerland. (Photo by John Powell/Liverpool FC via Getty Images)

Following a Twitter exchange between Carragher and Rubie, it appeared that Duncan’s attitude might be changing. The teenager undid a retweet of the original statement post from Rubie and appeared to be listening to the advice of Carragher on Twitter that he should show more patience, having played for the first team in pre-season. Carragher tweeted that Rubie had made “a big mistake” and was “hurting” his client’s career.

Carragher added:  “I think @bobbyduncan999 should leave this guy [Rubie] before he [Duncan] gets sacked by the club.”

In a series of allegations, over a statement of more than 500 words, Rubie said that Duncan was being forced to “stay against his will” at Liverpool. He alleged that as an agent he had brokered loan deals with an option to buy worth “£1.5 million upwards” for the teenager to move away from Liverpool. Rubie alleged that these were rejected by Edwards. He said that Duncan no longer wanted to be at Liverpool, although he did not specify why that was the case. 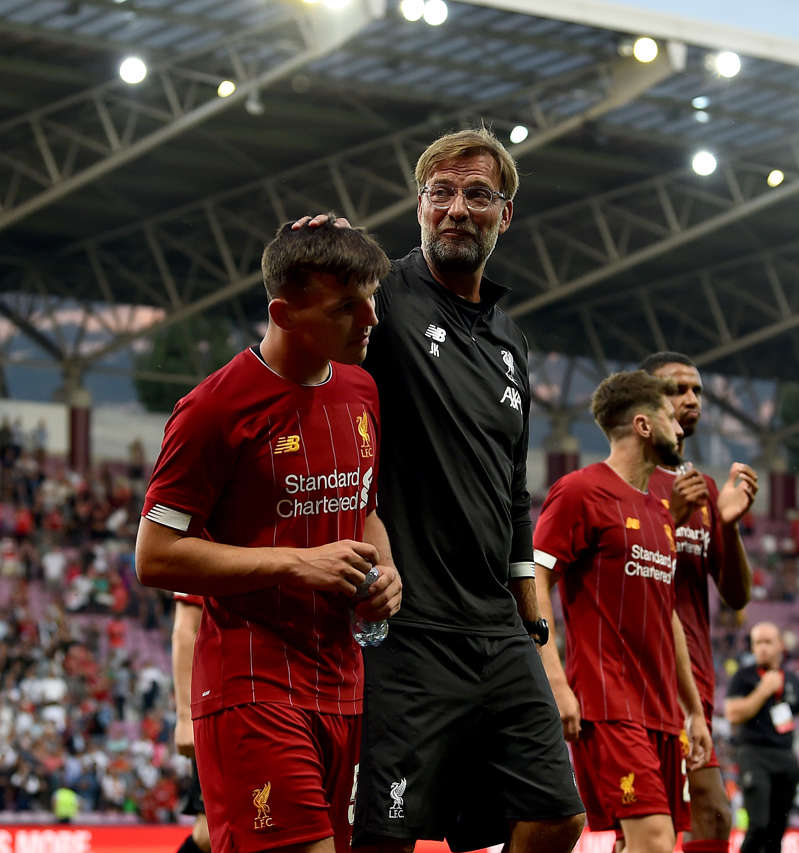 © 2019 Liverpool FC GENEVA, SWITZERLAND – JULY 31: (THE SUN OUT, THE SUN ON SUNDAY OUT) Bobby Duncan and Jurgen Klopp mamnager of Liverpool at the end of the Pre-Season Friendly match between Liverpool and Olympique Lyonnais at Stade de Geneve on July 31, 2019 in Geneva, Switzerland. (Photo by Andrew Powell/Liverpool FC via Getty Images)

Rubie alleged that Duncan had been suffering stress as a result. He said: “Bobby has not left his room for four days because of this and will never go back to Liverpool again and my only concern now is his mental health and well-being. The Liverpool hierarchy have shown zero consideration to that and have even gone as far as saying in writing that they will punish him and make him stay at the club until January and beyond to teach him a lesson.

“This is not really dignified behaviour from a club with the rich history of Liverpool and one who, one of their greatest ever players, Steven Gerrard, happens to be Bobby’s cousin. It’s a sad state of affairs that a club such as Liverpool can be allowed to get away with mentally bullying and destroying the life of a young man such as Bobby.”

The club issued a statement at 4.30pm saying that for the sake of the player and the severity of the allegations made against Edwards they would not be responding in detail in a public forum.

© 2019 Liverpool FC GENEVA, SWITZERLAND – JULY 31: (THE SUN OUT, THE SUN ON SUNDAY OUT) Bobby Duncan of Liverpool showing his appreciation to the fans at the end of the Pre-Season Friendly match between Liverpool and Olympique Lyonnais at Stade de Geneve on July 31, 2019 in Geneva, Switzerland. (Photo by Andrew Powell/Liverpool FC via Getty Images)

Duncan was signed by Liverpool from Manchester City’s academy last year and is well-regarded in development circles. He came to prominence as a 15 year-old, scoring twice for England Under-17s in a 4-3 win over their Brazil counterparts in November 2016. Duncan also scored in Liverpool’s FA Youth Cup final win over Manchester City last season.

Despite his family connection with Gerrard, there appears to be no advice sought by Duncan from the man who spent 26 years at the club as a junior and then a professional, and later returned as an academy coach. Carragher described Rubie’s decision to reference Gerrard in the statement as “embarrassing”. The Duncan family are understood to be keen to see their son progress as rapidly as possible although they may well have miscalculated the repercussions of this approach.

In a statement, Liverpool said: “Liverpool Football Club is aware of and disappointed by the unattributed comments and unfounded allegations that have been made in the media regarding one of our players. As the interests of the player in question are not best served by either inaccurate speculation, inflammatory statements or public discourse, we will be making no further comment. 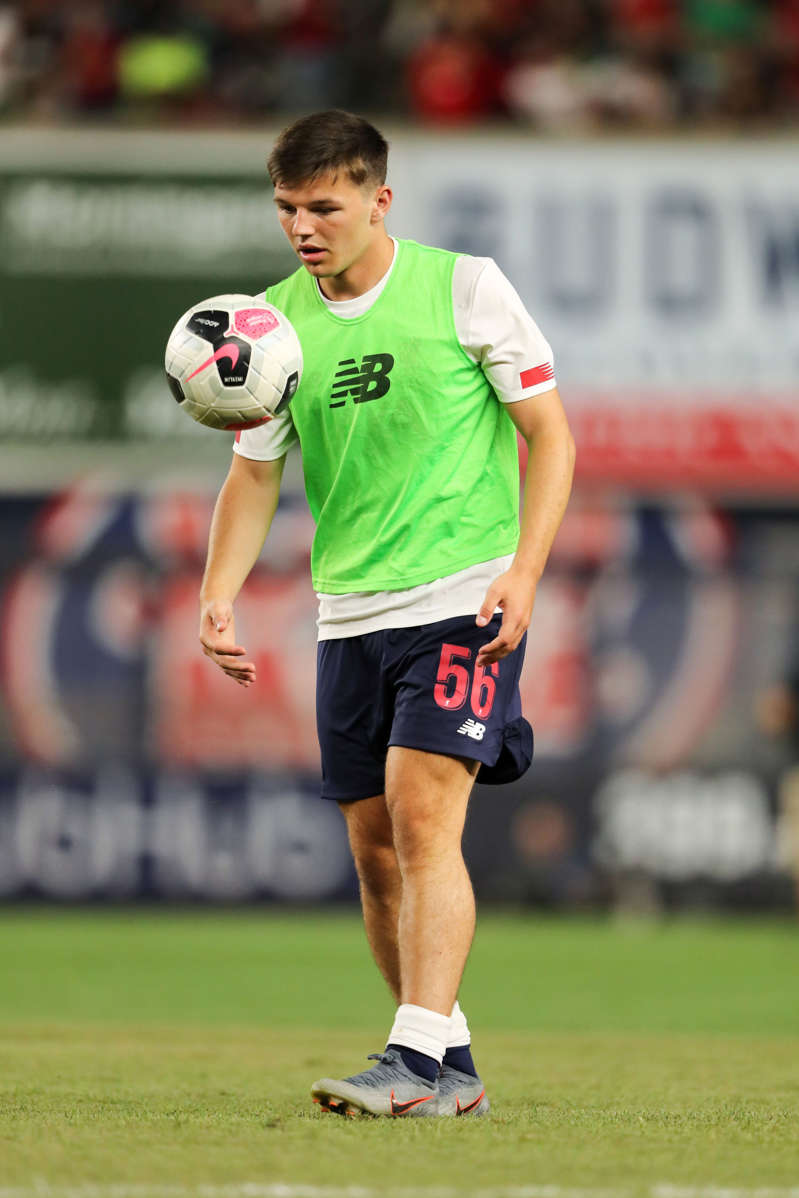 “We will, however, continue our efforts to work privately with the player to find resolution in the best interests of all involved.”

Rubie said that Duncan was on “such a small salary” that fining him for the statement would have no effect. He alleged: “In this situation all that matters is the player’s health and in this case Michael Edwards has totally ignored that because of his own stubbornness and I really pray that his experience doesn’t happen to any young players again.”

Liverpool deny all the allegations made against them and members of staff.

‘Jose doesn’t trust his back four’