A spectacular view of Bristol’s Clifton suspension bridge, one of England’s most recognisable historic landmarks and an exemplar of Victorian engineering panache, is under threat from a new road network to serve 2,500 new homes, conservationists have warned.

The 155-year old grade-I listed structure, designed by the Victorian master engineer Isambard Kingdom Brunel, could be joined by a new Avon gorge crossing under plans intended to relieve an acute housing shortage in the west country’s largest city.

The idea of funnelling vehicles over a new road bridge 250 metres upstream from the bridge has been compared with a “philistine proposal” 50 years earlier to build a high-rise hotel in the beauty spot that was successfully opposed by the poet laureate Sir John Betjeman, who celebrated Brunel’s posthumously completed structure as “a memory at Clifton of the Nile”. 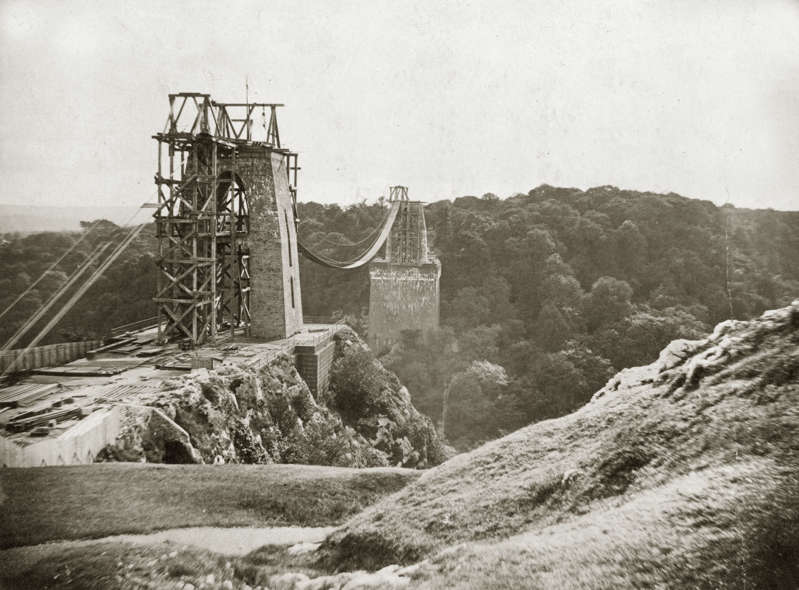 circa 1863: The partially-built structure of the Clifton Suspension Bridge, spanning the Avon Gorge in Bristol. Designed by Isambard Kingdom Brunel, the bridge was constructed between 1836 and 1864. (Photo by Henry Guttmann Collection/Hulton Archive/Getty Images)

The plans tabled by Bristol city council were criticised by the government-funded heritage body Historic England on Wednesday, with a warning it “could have serious implications for this special historic place” which is “one of the defining images of Bristol”.

A former Bristol mayor, George Ferguson, also attacked the proposed crossing as a “highly obtrusive structure” in front of the suspension bridge which risks increasing traffic at a time when cities should be seeking to reduce airborne vehicle pollution.

“This is 1960s-style highways-first thinking, which always gets us into terrible trouble,” said Ferguson, a former president of the Royal Institute of British Architects. “The suspension bridge is more famous than Bristol Cathedral, Cabot Tower or any other structure. We should not be bringing that amount of traffic into that situation.”

In common with many cities in the south of England, Bristol faces a housing shortage and the new road crossing is intended to replace a tangle of 1960s roads which currently dominate the western harbour, which the council wants to turn into a major new neighbourhood. More than 500 households live in temporary accommodation in Bristol, where affordability remains a problem. Average house prices stood at £282,624 in 2018 – up 56% over the previous decade, making Bristol one of the five most expensive cities in which to buy a home.

The council has made three proposals for replacing an existing road crossing and swing bridge over the river, which would cross Spike Island into the Western Harbour area, which it wants to develop with homes, offices and shops.

Two of the designs involve moving the bridge much closer to Brunel’s protected structure, which the architectural historian Nikolaus Pevsner described as “pure functional energy swinging out in a glorious curve to conquer the 700 feet [below]”. 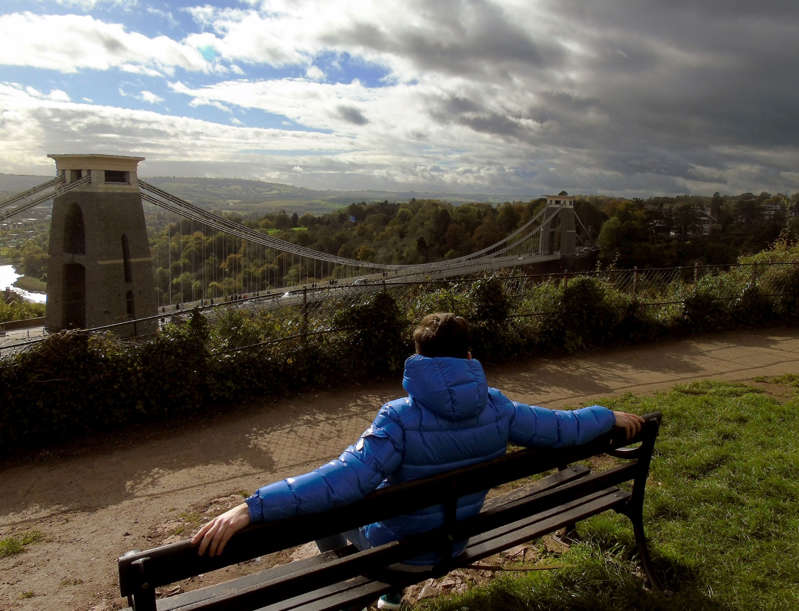 Landscape photo of man in a blue coat sitting on a park bench overlooking the Clifton Suspension Bridge in Bristol, England

The council’s consultation document admits these options would “impact the historic setting”, whereas it claims a third scheme, which would move the existing swing bridge further away, would enhance it.

This was contested by Historic England, which said all three plans were a threat. “The stark transition from city to countryside created by the Avon Gorge is part of what makes the city so distinctive,” a spokesperson for the heritage body said.

“We look forward to working with Bristol city council to understand more about the vision for the Western Harbour, and to help ensure that any future development responds positively to this historic entrance to the city.”

The view of the bridge from the gorge has been unspoiled since the height of the industrial revolution and has been widely celebrated. Last month an unpublished 1966 poem by Betjeman came to light in which he imagined himself as Brunel looking across the as yet uncrossed valley. 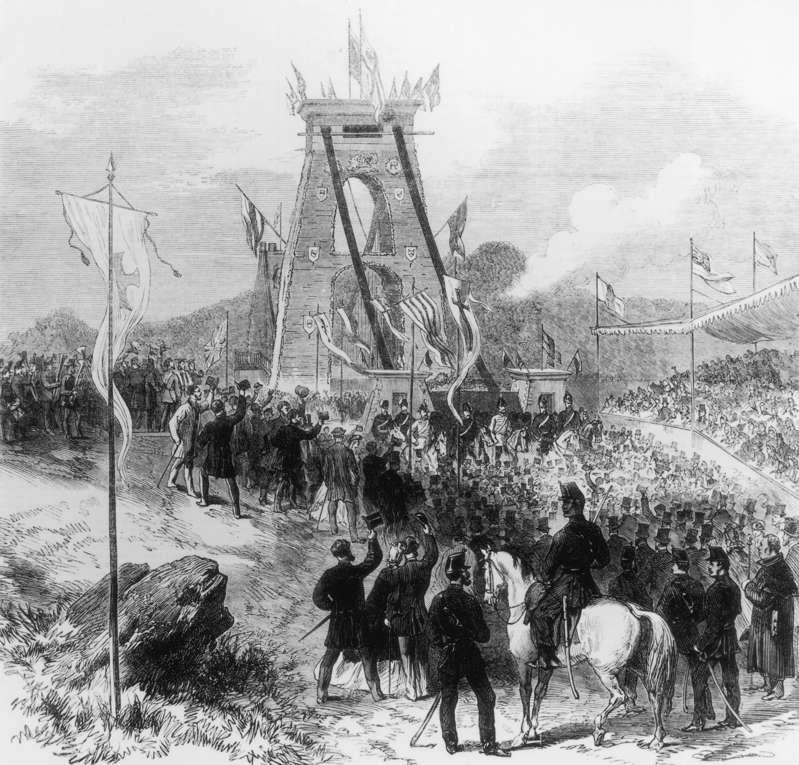 He wrote: “Contemptible seemed bridge designs to me/ By older men – for I was twenty-three./ Their schemes to cross the forge looked out of place,/ Lacking imagination, force and grace./ I made my own in the Egyptian style/ A memory at Clifton of the Nile.”

A few years later in 1970, the poet laureate helped defeat plans for a hotel and car park in the gorge. The bridge was completed after Brunel’s death in 1859 using funds raised by the Institution of Civil Engineers, which considered it would be a fitting memorial to Brunel’s career, during which he engineered the Great Western Railway between London and Bristol, the Thames tunnel, the first underwater tunnel ever built under a navigable river from Rotherhithe to Wapping, and the SS Great Britain, the first iron steam ship to cross the Atlantic.

The bridge reused chains from his demolished Hungerford Bridge and remains substantially intact despite becoming a major thoroughfare for motorised vehicles after being designed for pedestrian and horse drawn traffic. 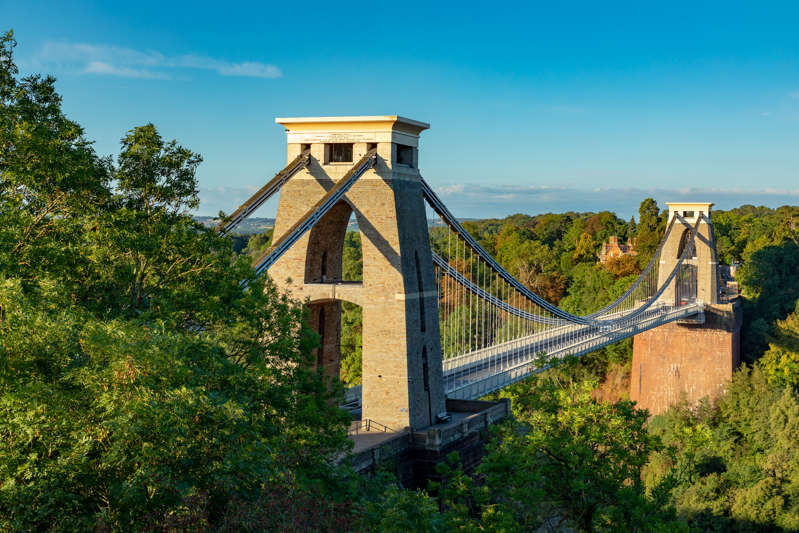 A spokesperson for Bristol city council said: “We are at the very early stages of developing plans for the future of the Western Harbour area, and want to start a conversation about the opportunity in the area as the road layout nears the end of its lifespan.”

They added that anyone with a concern should attend one of eight planned public drop-in sessions or fill out an online survey.

New year Honours list explained: the difference between an MBE, OBE and CBE – and how knighthoods and damehoods work