Alex Iwobi feels like he has found a “new home” at Everton following his Deadline Day move and discuses how he has adapted to Merseyside.

The forward made a last-minute move to Goodison Park last month, leaving Arsenal – where he has played since the age of eight – to join Everton for a £35m fee.

The Nigeria international says he has settled in well to his new surroundings, but does not think there is much difference between Liverpool and London.

He told Soccer Saturday: “It’s so far, so good, I feel like I’ve got a new home and I’m really comfortable here. 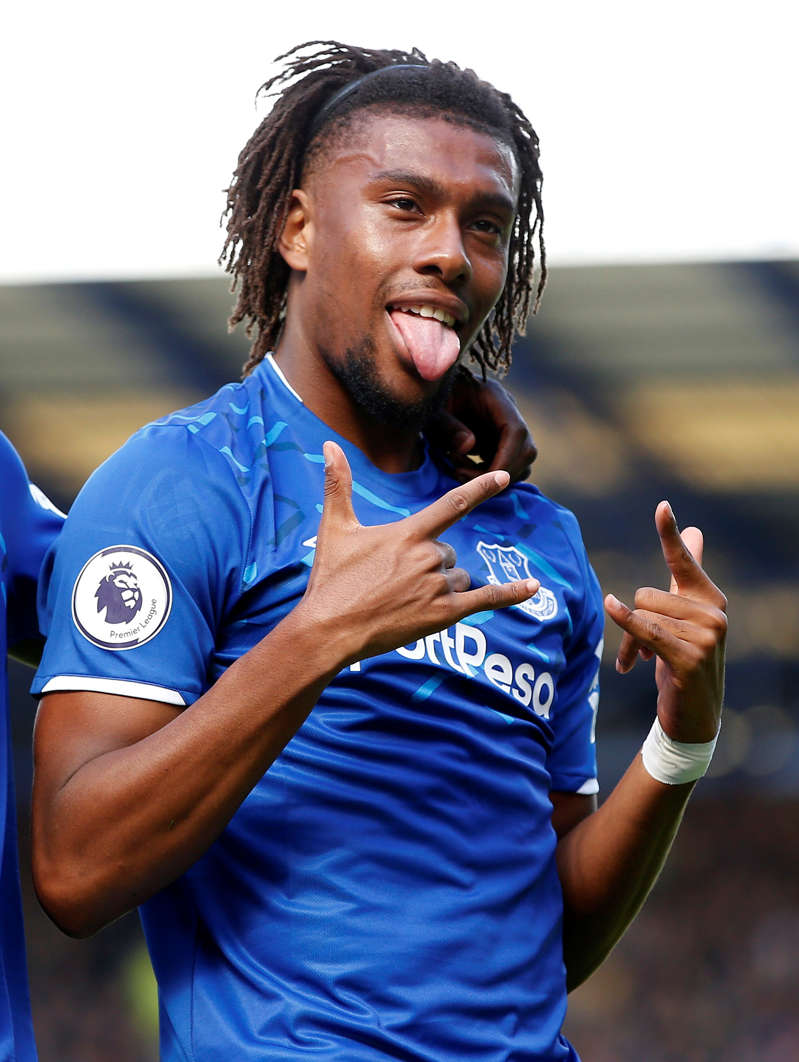 “I got a few phone calls [about the deal] and spoke to my agent – it took about a day of talking to the manager and talking to Marcel Brands. It wasn’t really hard and I got convinced.

“I was very comfortable [at Arsenal] and I was on holiday so I didn’t think about any move. I got the call and thought about if this would be a better chance for me to improve myself as a player. I thought that this was a big opportunity and I shouldn’t turn it down. I’ve got no regrets about the decision.

“The ambition that Marco Silva has also persuaded me to come – the drive, what he wants to achieve and the way he saw me in his plans, I feel like I’m able to help him do that. Even in training, he’s always demanding, always trying to get the best out of us and it’s good for the team.

“I haven’t noticed much of a difference [between Liverpool and London] but the thing I struggle with is the accent here. When Duncan [Ferguson] was speaking to me at first, I had to listen and engage and I wasn’t sure what he had said so I just agreed. It’s adapting to that but apart from that, it’s almost the same as being in London.

“So far, I’ve been treated really well. It’s a family club and everyone treats you like family. Even though it’s different to Arsenal, I’m enjoying it.”

Iwobi has made three appearances for Everton so far and has scored twice – both headers. The 23-year-old admits that it is not his best method of finding the net, but is pleased to get off the mark for his new club.

“To score against Lincoln and score against Wolves with my head, which is a bit different, it is a great feeling and hopefully there is more to come,” he added.

“I only officially had one header for Arsenal so two in a week is not bad. Beforehand, we had a few drills with crossing and finishing and my heading wasn’t the greatest – I had a few that were going wild. So for me to score two, they were all laughing at me saying ‘wow’. But as long as it goes in, it doesn’t matter, that’s what I told them.

© Getty The forward has two goals so far, scoring his first against Lincoln in the Carabao Cup

“Wherever I go, I’ll always do my best for the club and Everton are the club I’m representing. I feel at home and I’ll always want to show them that I feel like an Evertonian now.”

Next up for Everton is a trip to Bournemouth – live on Sky Sports – but Iwobi knows it will not be an easy game on the south coast.

He said: “It’s another game and another big chance to get three points. It’s not going to be easy, Bournemouth have got great players as well but we’ll compete and try and get a result.”