Downing Street has refused to commit to tabling its Brexit plans for replacing the backstop within two weeks, branding it an “artificial deadline” despite a warning from the Irish taoiseach, Leo Varadkar, of the urgent need to bridge a wide gap between the two sides.

A UK government spokesman said it would not recognise France and Finland’s joint request for a deadline of the end of September and would only table firm proposals when Boris Johnson was ready.

The prime minister was previously challenged in mid-August by Angela Merkel, the German chancellor, to come up with a solution within 30 days but the UK has not tabled anything concrete in the last month – with just six weeks to go before the UK is due to leave the EU.

Varadkar warned on Thursday that for all the “positivity” in London in favour of a deal, “when it comes to the substance of the issue that needs to be resolved, the gaps are still very wide”.

He was overheard telling a member of the public that he would see Johnson in New York for the UN general assembly and “try to get a deal”.

The European commission’s president, Jean-Claude Juncker, insisted on Thursday night that “we can have a deal” on Brexit before the 31 October deadline. But he said he was unable to put the odds at more than 50/50. 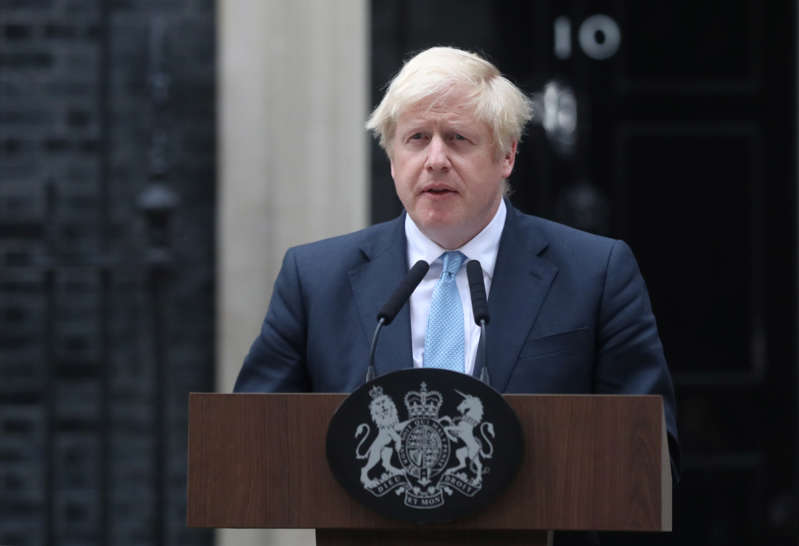 In an interview with Sky News, Juncker said he was “doing everything to have a deal” because he wanted to ward off the “catastrophic consequences” of the UK crashing out of the EU, adding: “It’s better for Britain and for the European Union to have an organised deal.”

He reiterated that the backstop would, by its very nature, be superseded if superior arrangements could be made. He confirmed he had received documents from Johnson late on Wednesday night outlining draft ideas for a fresh withdrawal agreement.

Juncker indicated he would be happy to see Northern Ireland follow EU rules on food and agriculture, with other checks being done away from the border, as has been floated, calling it the “starting and arrival point”. 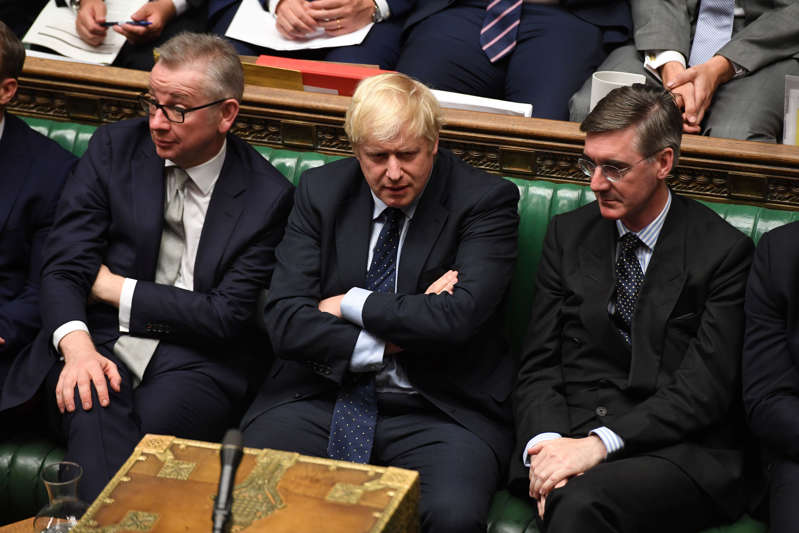 © Reuters Britain’s Prime Minister Boris Johnson, Chancellor of the Duchy of Lancaster Michael Gove (L), and leader of the House of Commons Jacob Rees-Mogg (R) attend in the House of Commons in London, Britain September 3, 2019. ©UK Parliament/Jessica Taylor/Handout via REUTERS ATTENTION EDITORS – THIS IMAGE WAS PROVIDED BY A THIRD PARTY

Johnson has said progress on reaching a deal is being made, but that the extent of it should not be exaggerated. “You heard Jean-Claude Juncker yesterday say that he doesn’t have any emotional attachment to the backstop. Now that is progress – they weren’t saying that a month ago.”

A UK government spokesman said: “We have been having detailed discussions with the commission’s Taskforce 50 in recent weeks.

“We have now shared in written form a series of confidential technical non-papers which reflect the ideas the UK has been putting forward. We will table formal written solutions when we

are ready, not according to an artificial deadline, and when the EU is clear that it will engage constructively on them as a replacement for the backstop.” 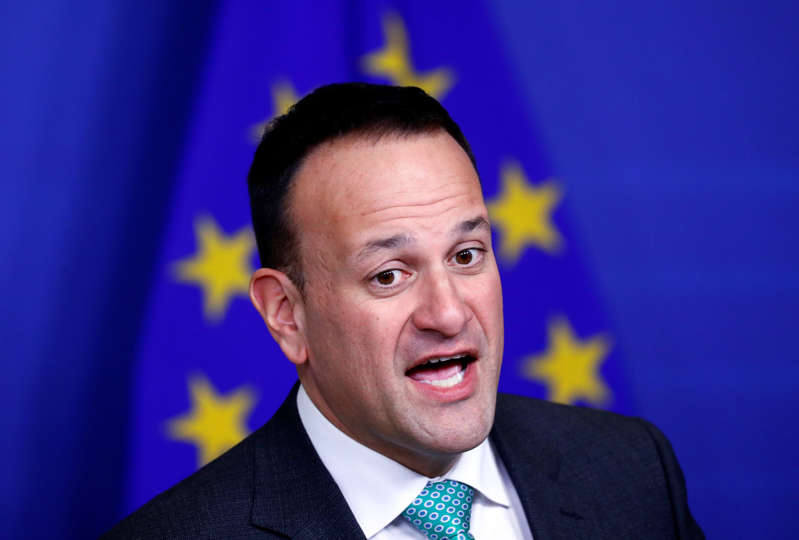 In response, EU officials warned that there seemed to be little appreciation in London of the lack of time available before the crunch summit on 17 October, when any agreement would need to be signed off by the heads of state and government. “We are just going round and round,” said one EU source.

Until this week, the UK had only formally presented versions of the withdrawal agreement with the backstop scrubbed out, while discussing its ideas informally in meetings.

The government presented three “non-papers” on a single Irish agrizone, customs and industrial goods. Such documents are a way of floating proposals for discussion without the government committing to any position. 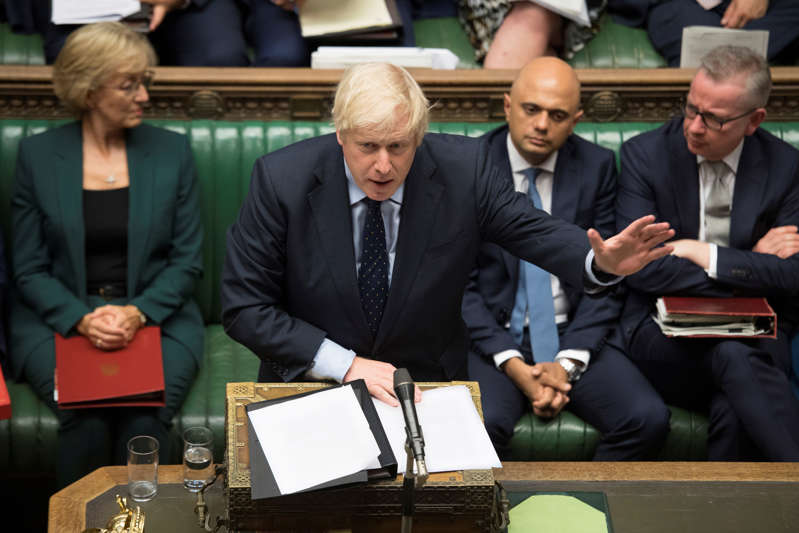 Speaking to business leaders in Madrid, Stephen Barclay, the Brexit secretary, said that the “purist” EU would have to “take risks” with the Irish border for a deal to be struck.

As the government announced that he would visit Brussels on Friday to reopen talks with the EU’s chief negotiator, Barclay warned that “a rigid approach now at this point is no way to progress a deal” and that “the responsibility sits with both sides to find a solution”.

“We are committed to carving out a landing zone and we stand ready to share relevant texts,” he said. “But it must be in the spirit of negotiation with flexibility and with a negotiating partner that itself is willing to compromise.” 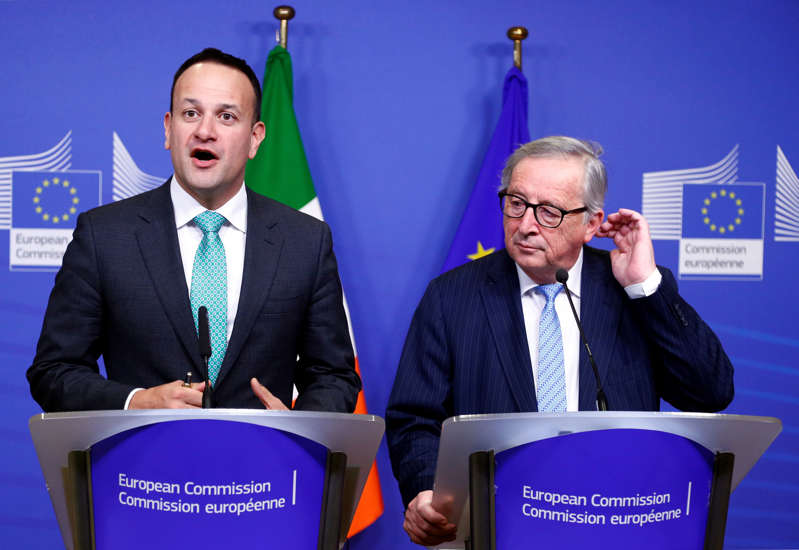 He continued: “Great political leaders have always respected the need to take risks. Indeed it was General de Gaulle who said a true statesman is one who is willing to take risks.

“Yet a refusal by the commission to accept any risk would be a failure of statecraft, and put at risk the future relationship of the UK and the EU because of a lack of flexibility, creativity and indeed pragmatism. Leadership requires more than remaining within a safety net.”

The two sides have starkly different visions of what the withdrawal agreement and the Irish protocol need to guarantee. 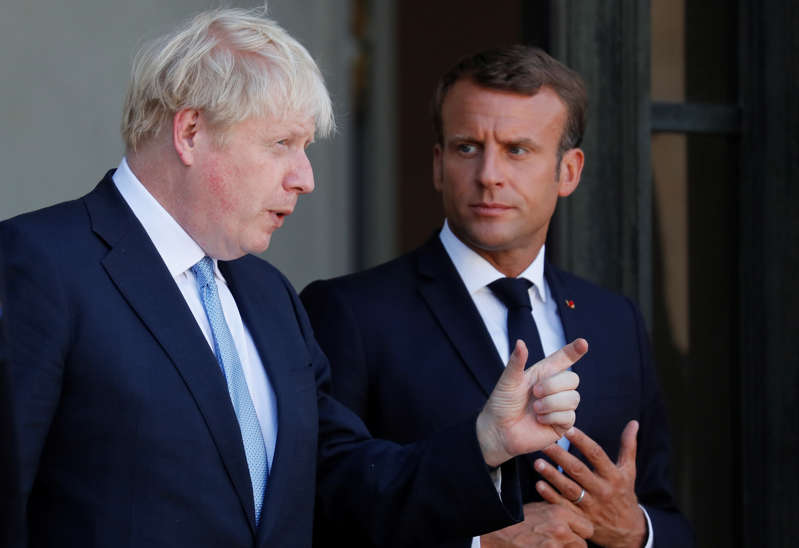 The EU wants an arrangement that will secure frictionless trade on the island of Ireland to maintain the status quo, while the UK has sketched out a plan in which some checks on goods would be necessary, albeit facilitated by technology.

Barclay described the EU approach as “purist” in seeking “to have no impact on the island of Ireland economy or north-south trade”.

“This could only be achieved through never leaving parts of the single market and customs union, for any checks would fall foul of an alternative that involves no checks at all,” he said. “This is a false test.” 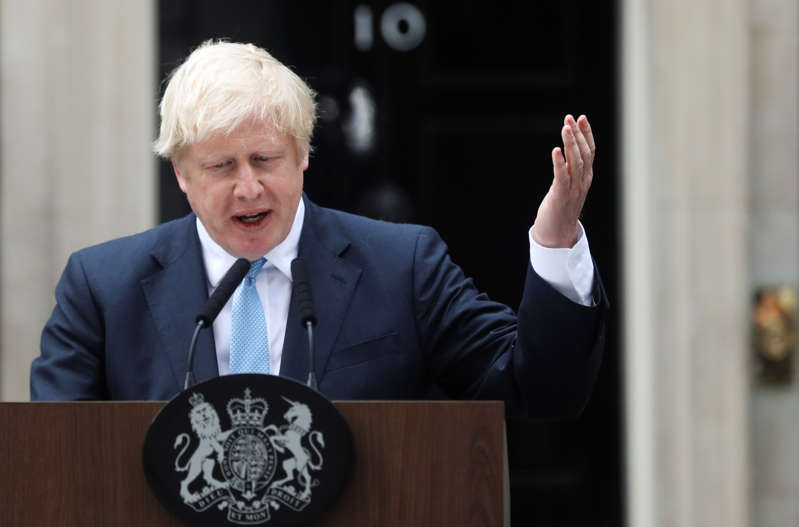 The UK is proposing Northern Ireland stays under EU rules for agri-food but that there would otherwise be two regulatory zones on the island of Ireland.

Barclay said the appropriate time for fleshing out how technology and facilitated customs systems would work to ensure peace and the smooth running of the all-Ireland economy was during the standstill transition period up to the end of 2020, after the UK had formally left the EU.

Barclay, who has not held talks in Brussels since July, said the EU needed to recognise the “political reality in the UK”.

He said: “The alternative to the backstop is not necessary until the end of the implementation period, which is December 2020.

“Indeed this will be shaped by the future relationship, which is still to be determined. In short, why risk crystallising an undesirable result this November when both sides can work together until December 2020.”

The Irish backstop proposed by the EU would in effect keep Northern Ireland in the single market and the whole of the UK in a shared customs territory until a future trade deal was negotiated that would avoid the need for border checks.

Barclay said: “The EU risks continuing to insist on a test that the UK cannot meet and that the UK parliament has rejected three times.”

He insisted despite the Benn bill, which instructs the prime minister to seek and agree an extension of the UK’s membership of the EU beyond 31 October if a deal is not agreed, that this was “not an option for this government”.

The Brexit secretary said the government would abide by the law but that “we will look at it closely and test exactly where we are”.

May pleads with MPs to act like ‘patriots’ over Brexit