You are here: Home  /  WORLD  /  Americans refusing to give up petrol cars: Won’t follow Europe’s switch to EVs – why?
WORLD Although last year saw record increases in sales of electric vehicles around the world, drivers in the USA are refusing to bow to environmental pressure and seem to be sticking to purchasing traditionally powered cars using petrol and diesel.

Just four percent of cars sold in the US in 2021 were EVs, in a year when electric cars outsold their diesel counterparts in Europe for the first time, and sales of battery-powered vehicles were up 75 percent year-on-year in the UK.

To compare, 14 percent of cars sold in Europe were EVs, while in China the figure was nine percent.

That’s despite transportation being the single largest contributor to greenhouse gas emissions in the US.

And the US produces the second-highest amount of emissions of any country in the world.

There appear to be several factors stopping Americans from choosing to buy EVs, from habit to politics.

Pradeep K. Chintagunta, professor of marketing at the Chicago Booth School of Business, has looked at ways to increase EV adoption in the States.

He said: “Since EVs use emerging battery technologies, they face several significant technical, economic, and social barriers to adoption, limiting EV penetration in the US.”

One of those barriers is likely to be price: in the US a Ford Focus costs almost twice as much as the battery-powered one.

He said: “There’s one major protagonist who has influenced that: Donald J Trump.”

He explained he feels that way because the Trump administration halted the adoption of EVs for four years.

President Biden says he wants half of all cars sold in the US to be EVs by 2030. 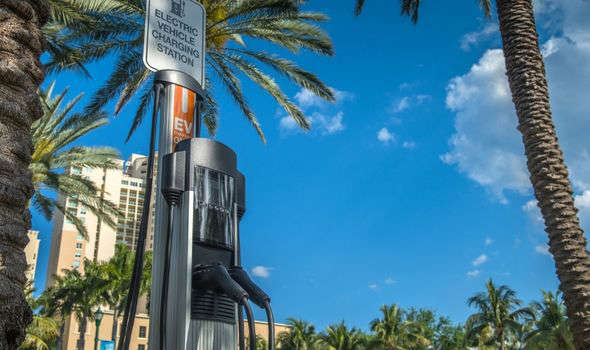 Apart from politics, there are other factors as to why Americans haven’t taken to EVs.

“Potential EV customers are concerned with keeping their vehicle juiced up for long trips, and for some journeys in the US, the lack of charging stations makes this impossible.”

Her company’s figures indicate that the majority of chargers are located in areas where there are already a lot of EVs, like California. 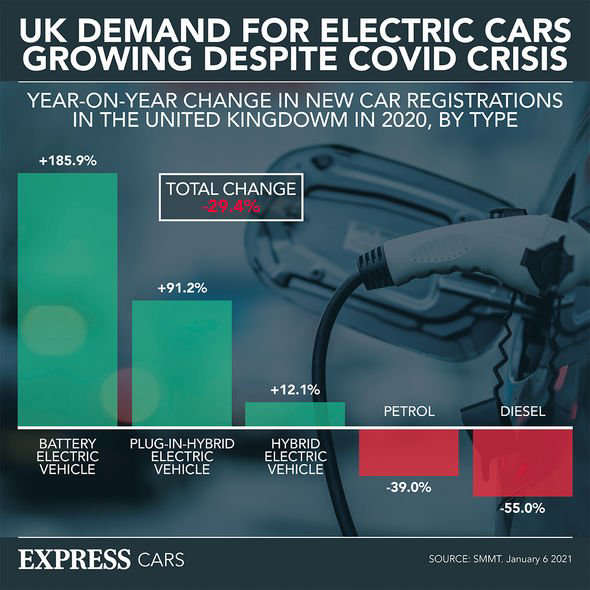 Elon Musk’s Tesla may be the company to buck the trend, although only a third of the million new cars they delivered last year were to Americans.

And when VW’s new EV the ID4 was launched, the website crashed due to demand in the States.

Ms Altman feels like the ability to grab a Big Mac while waiting for a car to charge might tempt Americans.

She explained: “While the figures look bleak at the moment, there is progress, and more imaginative solutions are emerging in the US that will work for the American lifestyle, such as providing charging stations at fast food outlets and grocery stores.”