A British company which has developed pioneering electric car motors that do not rely on expensive rare magnets is preparing to raise £250m as it seeks to expand.

Spun out of Newcastle University in 2017, Advanced Electric Machines (AEM) is seeking £30m over the next few months to boost UK production capacity. It will then try to secure another £220m within a year to fund further growth as the market booms ahead of a UK ban on new petrol and diesel cars in 2030.

AEM claims to have cracked a problem with “switched reluctance motors”, a technology first identified in the 1800s. These can operate without permanent magnets, which are likely to become increasingly rare as the world’s vehicles electrify.

Instead, these motors rely on precisely timing how power is supplied to create electromagnetic fields, meaning they can be built out of cheap metals such as steel.

Until now they have been hard to control and have been marred by issues with noise and vibration. AEM has patented technology which it says solves these challenges and is working to get its systems into the mainstream.

Peter Fleet, a former vice president at Ford, has been brought in as chairman to oversee AEM’s fundraising and scaling up, with the initial round hoped to support expansion from a production capacity of 10,000 motors a year now to at least 100,000.

Mr Fleet said: “This is a unique technology that’s not just green because it doesn’t need rare magnets, it’s also lighter and more powerful than traditional motors, and wrapped up in patents that solve the challenges around it.”

AEM is in talks with global car manufacturers about how its technology can be adopted, and the company is working with marques including Bentley and Tevva.

Mr Fleet added: “Rare magnets are going to be an increasing problem as the automotive industry electrifies, we’ve already seen prices of some magnets double in the past year.

“We are a British company that has found solution to what is a global problem.” 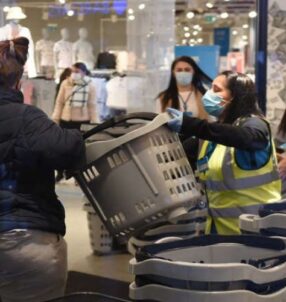