Presidential Commissioner Photis Photiou has reiterated the need for any settlement of the Cyprus issue to be in line with the UN decisions and resolutions, dismissing Turkish “neo-Ottoman” positions about a “two-state solution” as an approach that “undermines” the UN Secretary-General`s efforts.

Photiou added that the Greek Cypriot side is ready to attend new negotiations “at any time.”

He was addressing UK Cypriots at St Mary`s church in London, where he has been holding meetings with Diaspora officials throughout the weekend.

In a meeting with the executive of the National Federation of Cypriots in the UK, the Presidential Commissioner discussed ways to support Cypriots hardest hit by the pandemic, as well as how best to promote Cyprus`s positions on the Cyprus issue and the humanitarian issue of the missing people.

Photiou also met with the Rizokarpaso Association in the UK, the Organisation of Relatives of Missing Cypriots UK, NEPOMAK UK, and also visited the Manor Hill Greek school in north London

Accompanying Photiou in his meetings were the High Commissioner of the Republic of Cyprus in the UK Andreas Kakouris, General Consul Theodoros Gotsis and the President of the National Federation of Cypriots. 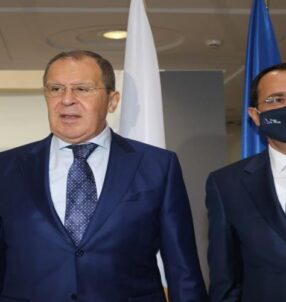