You are here: Home  /  WORLD  /  Donald Trump to launch social network, saying: ‘Your favourite president has been silenced’
WORLD Donald Trump to launch social network, saying: ‘Your favourite president has been silenced’

Donald Trump is launching a new social media platform to “stand up to the tyranny of big tech”.

The former US president – who was banned from Twitter and Facebook earlier this year – says he plans to share his thoughts with the world on TRUTH Social.

© Other The app will launch in the new year, with a beta version coming out in November. Pic TMG

Announcing his plans, Mr Trump added: “We live in a world where the Taliban has a huge presence on Twitter, yet your favorite American President has been silenced.

“This is unacceptable. I am excited to send out my first TRUTH on TRUTH Social very soon.”

The 75-year-old has also revealed that he is forming a new company called Trump Media & Technology Group.

Mr Trump added: “Everyone asks me why doesn’t someone stand up to Big Tech? Well, we will be soon!”

TMTG is going to be listed on the Nasdaq and has attracted an initial valuation of £632m.

That pales in comparison to the likes of Facebook, which has a market capitalisation of £700bn.

Guests are going to be invited to start testing TRUTH Social in November, and the site will officially launch in 2022.

In May, he launched “From The Desk of Donald J Trump” – but the blog site was taken down after less than one month.

In July, Mr Trump announced he is launching a class-action lawsuit against the chief executives of Facebook, Google and Twitter.

Since leaving office, he has criticised the bans as an act of political censorship.

Without evidence, Mr Trump has continued to claim that last year’s presidential election election was rigged against him. 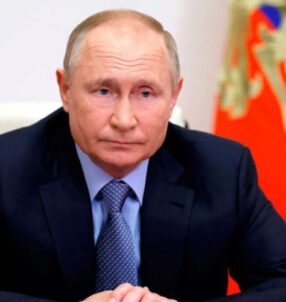