You are here: Home  /  EUROPE  /  EU to assess progress in Georgia mediation talks on 15 March
EUROPE EU to assess progress in Georgia mediation talks on 15 March

After his unexpected visit to Tbilisi to mediate the deepening political crisis in Georgia, European Council President Charles Michel said progress in talks between the ruling party and the opposition will be assessed in two weeks.

Michel’s attempt to mediate comes in a context of growing tensions in Georgia, with political parties currently mired in a deepening political crisis, which risks derailing the former Soviet republic from its European path.

“It’s not a secret, for the strengthening and deepening between the EU and Georgia it is key to solve this political crisis,” Michel said after the last minute late evening meeting between the governing Georgian Dream party and the opposition which he initiated.

Political dialogue in the country is “re-launched,” Michel proclaimed after the talks, saying “this is a good step in the right direction”.

However, he also expressed caution. “I am not naive, this is also a difficult and complex situation, it will mean that all political actors will have to be courageous in the next weeks in order to make progress.”

Michel announced that stock of progress made will be taken at the EU-Georgia Association Council  on 15 March.

Topics to be discussed in the meantime will reportedly include all contentious issues, including electoral and judicial reform, addressing politicised justice and the issue of prisoners, power sharing in the Parliament and future elections.

Melia, the UNM party’s chairman has been accused of inciting violence at street protests in June 2019, a charge he dismisses as politically motivated.

The opposition has since been calling for snap elections and the release of what it describes as “political prisoners”.

Asked by journalists in the room if he had concrete expectations from the negotiations, Michel said it is not his “intention to negotiate through the press.”

However, Michel suggested that “political innovation” may be needed to find a solution.

“I think when we face a political crisis, when the situation is so complex it is also important to be ready to be innovative in order to find common ground.”

“It is the responsibility of political actors in this country to negotiations, to have a political dialogue, and we are ready as the EU to play an honest broker role in order to support all the positive efforts,” he added.

Lithuanian President Gitanas Nausėda, whose country has been outspoken about the need to find solutions to the crisis, took to Twitter to welcome Michel’s efforts.

“I support President of the European Council’s mission in Georgia. Now the time for mediation,” Nausėda said. 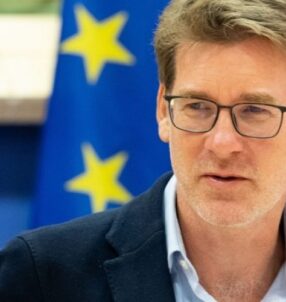