The Government has been accused of “abandoning the public” and making Covid safety an “individual problem” following a weekend of the largest mass gatherings seen since the pandemic struck the UK 18 months ago.

Around 1.7 million people have travelled to attend football matches, festivals, music gigs and the theatre since Friday.

Alongside almost 400,000 fans at this season’s opening Premier League matches, up to a further 850,000 people went to football matches in England, Scotland and Wales, while around 150,000 were expected at major cricket matches in Nottingham and London.

There were also around 300,000 people attending music and arts festivals, including 53,000 young people at the Boardmasters events in Newquay, Cornwall.

While the Government plans to enforce Covid status checks on mass gatherings from 1 October, there is no legal requirement for venues to do so at present.

Dr Zubaida Haque of Independent Sage, who does not hold a medical or scientific qualification, claimed the Government had abrogated its responsibility to protect British people from the virus.

She said: “In handing over responsibility of the pandemic during a time of high case numbers to the public and businesses the Government’s message is very clearly that Covid safety is an individual problem and that infections don’t matter and that we’re no longer in this together. But that’s not how airborne infectious diseases work. The Government have abandoned the public.”

However, scientific experts are less concerned with the virus spreading significantly via outdoor events.

Professor Graham Medley, of the Government’s pandemic modelling group Spi-M and member of the Scientific Advisory Group for Emergencies (Sage), told i that while he felt infections would rise in the coming weeks, he was more concerned with smaller family events than mass gathering outside.

Chelsea and Everton were the only Premier League football club to have confirmed they will insist on proof of a double vaccination or a negative Covid test before allowing fans to enter this weekend.

The other eight clubs with home ties will either implement random spot-checks or not have any checks in place.

Manchester United’s 5-1 thrashing of Leeds United was watched by a packed house of more than 70,000 at Old Trafford, but none were checked for their Covid-status. The match also resulted in six arrests after rival fans clashed in ugly scenes across the city.

It is a similar story at the 30,000-capacity Lord’s cricket ground, where England took on India over the weekend, as fans were not checked for their Covid-status.

However, away from sporting venues, Covid-status checks were in place. The 53,000 music fans attending Boardmasters in Newquay at the weekend were required to show proof of vaccination or a negative test before gaining entry. 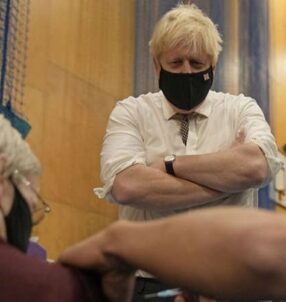