Gary Neville has stated the three players he believes Manchester United will need to offer to Tottenham in order to complete a move for wantaway striker Harry Kane.

The England captain is reportedly ready to move on after another trophyless season, but with three years left on his contract, it is set to take a mega-money deal to convince Daniel Levy to sell.

Kane has once again starred for Spurs, winning the Premier League ’s golden boot and playermaker of the year awards this campaign.

But with the London club set for a major rebuild over the summer transfer window, it appears that Kane could depart in search of silverware.

United are believed to be one of the clubs interested in bringing in Kane, with Ole Gunnar Solskjaer still wanting a new striker despite Edinson Cavani signing a new contract.

And Neville believes that the Red Devils could offer Anthony Martial, Dan James and Jesse Lingard in part-exchange for the 27-year-old.

“It’s difficult. City don’t tend to break their budget do they, £65m/£70m [is their transfer record] – they’re not going to get him for that,” he told Sky Sports.

“So it’s whether they could get a player to Tottenham that would makeweight the deal. And I think that’s what United maybe have in Martial, James and Lingard.

“They’re types of players you could send there [to Spurs] plus a chunk of money and it might make Daniel Levy happy, I don’t know.”

Martial and James have failed to prove they can be long-term options to fill the problem position of winger in Solskjaer’s team.

Lingard meanwhile has been revitalised during a loan spell at West Ham since joining them in the January transfer window.

But with Bruno Fernandes set to put pen to paper on a long-term contract, it appears that there is still no space in the United first-team for the England midfielder. 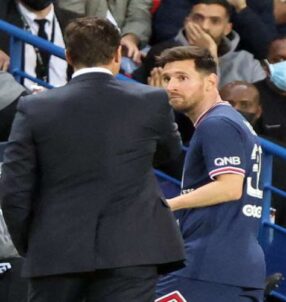