You are here: Home  /  LIFESTYYLE  /  Harry’s possessions ‘cleared out from Frogmore Cottage’
LIFESTYYLE Windsor Castle staff cleared out Prince Harry’s personal possessions from Frogmore Cottage and put them in storage – just days after his recent visit to the UK, reports claim.

The Duke of Sussex flew back to Britain at the start of the month for the unveiling of his mother’s statue before returning to wife Meghan and children Archie and Lilibet in California.

Since then, however, many of his belongings, including framed pictures, have been boxed up and left at the nearby castle, amid speculation the couple will never return to the cottage.

The rental deal runs out next April, and royal sources say Harry’s decision to sign a four-book agreement in which he’ll fully lift the lid on his experiences make it ‘impossible to conceive’ that they will return for the Platinum Jubilee in 2022.

The cottage is now occupied by the Prince’s cousin, Eugenie, her husband Jack and their son, August, while Harry’s possessions are expected to be shipped to his £11m mansion in Montecito.

An insider told the Sun: ‘Staff from Windsor Castle were in Frogmore just days after Harry flew back to California after the statue unveiling.

‘They cleared out his personal possessions such as framed pictures he had left behind in his and Meghan’s old bedroom.

‘Harry had been staying in one end of the cottage, separated from Eugenie and her family. He stayed in his and Meghan’s old bedroom which was left largely untouched since he was last there.’

It comes after it emerged last night that Harry has agreed a lucrative four-book deal – with the second due out only after the Queen has died.

In news sure to alarm Buckingham Palace, industry insiders said the ‘tell-all’ tome unveiled by Harry earlier this week is only the ‘tip of the iceberg’.

Sources said the Duke oversaw the bidding and told publishing houses to begin at £18million, with the final figure possibly reaching £29million.

The deal will see a memoir released next year – when it is the Queen’s platinum jubilee – with the second book to be held back until after her death.

Harry’s wife Meghan is to pen a ‘wellness’ guide as part of the contract with Penguin Random House. The subject and author of the fourth title is unknown.

The Mail has been told the prince, 36, ‘led’ negotiations from Montecito in California, where he and Meghan have bought an £11million mansion on the back of lucrative tie-ups, including with streaming services Netflix and Spotify.

Two publishers flew out from London to see him and others took part in the ‘auction’ by video call, sources say. 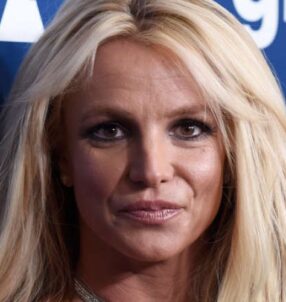