Antonia Kyriakos wins at the Cumberland Young Champions Awards
Storm extinguishes fire in Cyprus’ occupied areas, UN official thanks those who helped to battle fires
Germany to allow more companies to set up online
26 June 2022: This day in history
Interview with Abbas Fasaei Labour is warning that Rishi Sunak will be personally responsible for the largest benefit cut in the history of the welfare state, if the £20-a-week reduction in universal credit goes ahead next month.

“I’m trying to get across to people the scale of this,” he told the Guardian. “This is the biggest overnight cut to a benefit rate ever in the history of the welfare state. The House of Commons library tells me it’s bigger than the cut to unemployment benefit in 1931, which collapsed the government. This is big money.”

It is understood the work and pensions secretary, Thérèse Coffey, is concerned about UC going back to pre-pandemic levels, but the Treasury has repeatedly warned that cancelling the reduction would require tax increases.

Reynolds said: “Rishi Sunak has to understand the impact of what he is doing here. It’s a personal decision from him.”

With the labour market looking stronger than expected, he said Sunak could have found the resources for a change of policy.

“We’re now getting the forecasts for the October spending review, and we know spending and government borrowing costs are coming in lower than expected, and they’ve got the fiscal headroom to do this,” he said, adding that the structure of UC meant that the cost of it would automatically fall as wages recovered.

Labour will force a symbolic vote on the issue in the House of Commons on Wednesday, although none is formally needed for the government to implement the policy.

Reynolds urged Conservative MPs – more than 50 of whom have expressed concern about the policy – to send the government the strongest possible message by joining Labour in the voting lobbies. 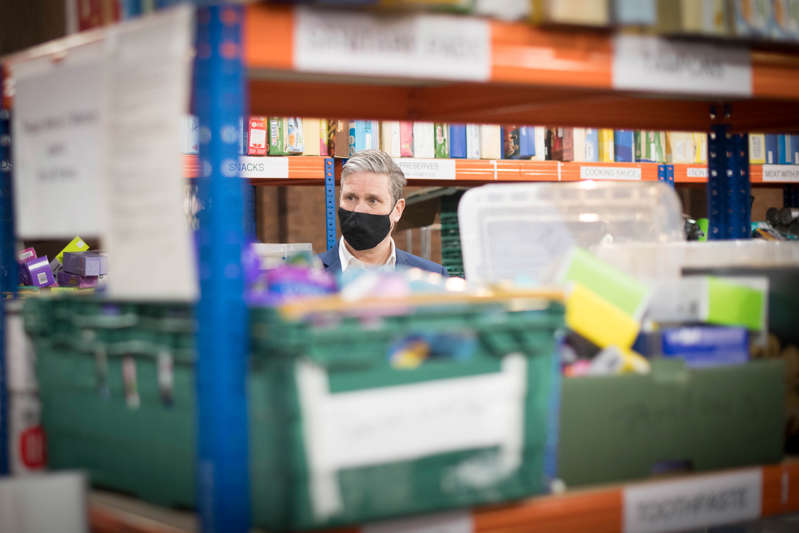 “This is the only moment – that is the message to them. They need to make their views clear,” he said. “Look at it on its merits: look at the impact that it will have. The impact on family budgets, the impact on poverty – and also the impact on the economy of taking that spending away.”

He cited a visit to Peterborough earlier this week, a Conservative-held seat where Labour analysis suggests the cut will affect 37% of families, sucking £19m out of the local economy.

Reynolds said the decision was also impossible to reconcile with Boris Johnson’s claim to want to “level up” the UK.

“This is something that affects all parts of the country but there is a disproportionate hit to the north and the Midlands, just in terms of where current claimants are, the level of wages in those places. It’s not a decision you can in any way square with any commitment to levelling up,” he said.

Reynolds added that the change would come as a “double whammy” to many families who would also be hit by the government’s new 1.25-percentage-point health and social care levy.

Labour has come under pressure since Johnson’s announcement on Tuesday to say how it would fund improvements to the NHS and social care.

Keir Starmer will tell Labour local government leaders on Saturday that the government could have paid for the changes by taxing landlords and those with significant financial wealth.

“The government act like there was no alternative but there clearly was,” he will say. “The money could have been raised by taxing the incomes of landlords, and those who buy and sell large quantities of financial assets, stocks and shares.” He will dismiss the government’s plan as “a rushed out, half-baked, mess”.