Marvelous’ Marvin Hagler, the former undisputed middleweight world champion, has died at the age of 66.

The American, from New Jersey, was the middleweight king from 1979 until his last fight, lost controversially against Sugar Ray Leonard in April 1987.

From the legendary eight minutes of violence in his defeat of Thomas Hearns, one of the greatest brawls of all time, to the victory over Roberto Duran, and the triumphs over British opponents Alan Minter and Tony Sibson, Hagler reigned in the minds of many fans as one of the greatest and most adored of boxers.

Haglar’s fight with Hearns, aptly called ‘The War’, is one of the most watched fights of all time, and the first round of that fight, in Caesar’s Palace, Las Vegas in 1985, is regarded as one the most exciting, and violent rounds of all time, as the two Americans traded leather with a ferocity that saw both fighters lionised for their incredible prowess and will.

Of all the greatest middleweights in history, Hagler sits alongside Sugar Ray Robinson, Carlos Monzon and Harry Greb as in the top four in the division, of all time.

© Provided by The Telegraph “Marvelous” Marvin Hagler, left, moves in on “Sugar” Ray Leonard during the third round of a boxing bout in Las Vegas – AP

Southpaw in stance, and a brooding menace, he was technically brilliant, heavy handed, and arguably had one of the greatest chins ever seen.

Hagler was knocked down just once in 67 fights – and even that was disputed – during his 14-year professional career.

He claimed victory in 62 of his fights, won 52 by knockout, while he drew two and lost three times.

In his heyday, Hagler made 12 title defences and developed a huge fanbase.

After the Leonard fight, lost on points and hotly disputed by Hagler and many observers, he had moved on to a career in movies in spaghetti Westerns in Italy.

He starred in ‘Indio’ and ‘Indio 2’ and several action movies.

He was inducted into the International Boxing Hall of Fame in 1993.

There was a deluge of memories and thoughts of a fighter who enjoyed universal support from boxers and boxing fans worldwide.

British promoter Frank Warren said that boxing had lost “an all-time great”, was “shocked and deeply saddened” to hear of the American boxer’s passing, while Eddie Hearn announced that ring announcer Michael Buffer would lead a ten-bell tribute at the rematch between Juan Francisco Estrada and Roman ‘Chocolatito’ Gonzalez II from Dallas.

The former world featherweight champion Barry McGuigan said that he was “honoured to have spent some amazing times with him. My heartfelt sympathies to his wife Kay and his family. Rest in Peace Champ.”

Hagler is survived by his current wife and five children from a previous marriage.

“I am sorry to make a very sad announcement. Today unfortunately my beloved husband Marvelous Marvin passed away unexpectedly at his home here in New Hampshire. Our family requests that you respect our privacy during this difficult time,” Kay Hagler had written on social media.

It was reported that Hagler had been taken into hospital with chest pains and was struggling with breathing. 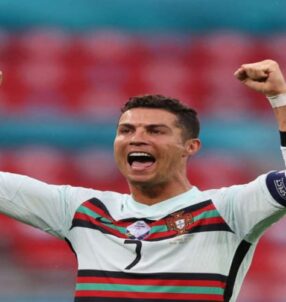