Gareth Southgate’s side returned to set-piece form in the Stadio Olimpico as Harry Maguire and Jordan Henderson struck with headers from precise dead-ball deliveries for two of the four goals against outclassed Ukraine.

Mount sent over the corner for Henderson’s first international goal and he highlighted the variety in England’s game-plans.

And that assurance means Mount and his team-mates are not saddled with any uncertainty from failures of the past.

In fact, they seem to be a little irked by the frequent references to previous eras.

When Mount was told England’s record in semi-finals was not great, he responded: “This whole tournament, there has been always talk of what has happened in the past but we have not once looked back at what has happened. We are just looking forward and wanting to create our own history.”

Mount himself would probably make some sort of bizarre history if he went on to ultimate success at the Euros, having spent ten days of the tournament in isolation.

During that period, Mount, along with Ben Chilwell, had to keep in touch with the group online.

He explained: “It would have been easy to push us aside, not have us involved for ten days but we were in all of the meetings virtually through Zoom, we were involved in all the info going into games even though we weren’t playing.

“When you’re in that situation, it’s frustrating but you have to keep focused and keep your head and see the bigger picture because we all want to win this tournament and if we’re going to do that, we have to do it together.”

And having been an unused substitute for the epic knockout win over Germany, Mount cannot wait to get back to Wembley for the clash with the Danes, who beat England in London last October in a Nations League game.

He said: “It is unbelievable to play at Wembley and all our group games and the Germany game were special, special games to be involved in.

“Now, it is a semi-final at Wembley and hopefully we can get to the final. That has always been our goal from the start and has been our focus.

“It will be a special day and there will be a few more fans there as well to create the atmosphere. You are in the Lion’s Den and you have to come and perform.” 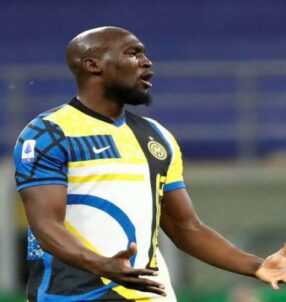