You are here: Home  /  CYPRUS  /  Nicosia to ask for excavation of site in Famagusta where two missing Greek Cypriots are buried, according to reports
CYPRUS Nicosia to ask for excavation of site in Famagusta where two missing Greek Cypriots are buried, according to reports

Presidential Commissioner, Photis Photiou, said on Tuesday that he has asked the representative of the Greek Cypriot side to the Committee on Missing Persons in Cyprus (CMP) to ask, for humanitarian reasons, the immediate excavation of a site in Turkish occupied Famagusta were two Greek Cypriot missing persons are buried, according to information published in the media.

Photiou noted, in a written statement, that it is not the first time during the last years that information is published about mass graves in occupied Famagusta.

He noted that in any case “we had expressed in public as well our serious concerns about the possibility of ruining burial sites, due to the works carried out after the illegal visit of the Turkish President to Famagusta.”

“We had also asked for the immediate recording, mapping and protection of all sites which are within the so called military zone of the Turkish army so that they will be excavated without further delay,” he added.

Photiou said that the information published on Monday in the Turkish Cypriot press and the Greek Cypriot media once again highlights the serious problems which the occupation force creates, that constitute an obstacle to efforts to achieve progress.

He noted that the specific site, according to the media stories, is probably within a military zone and therefore, if that is the case, there is no potential for immediate access for research and excavations.

Moreover he noted that a long-standing request for decades is to be able to study the archives of the Turkish army.

Photiou said that he has asked the representative of the Greek Cypriot side to the Committee on Missing Persons in Cyprus (CMP) to ask, for humanitarian reasons, for the immediate excavation of the site.

Furthermore, he reiterated the long -standing request to Turkey to cooperate in a sincere way with a view to solve the problems which constitute an obstacle in achieving progress.

Photiou underlined the need to study the Turkish archives, have an unhindered access for research and exhumations in military zones, and referred to the issue of the deliberate removal of remains and the need to indicate mass graves which the Turkish army created after the collection of dead bodies from the battlefields in 1974.

Cyprus has been divided since 1974, when Turkish troops invaded and occupied 37% of its territory. Numerous UN-backed talks to reunite the island have failed to yield results.

Since the Turkish invasion the fate of hundreds of people remains unknown.

A Committee on Missing Persons has been established, upon agreement between the leaders of the two communities, with the scope of exhuming, identifying and returning to their relatives the remains of missing persons. 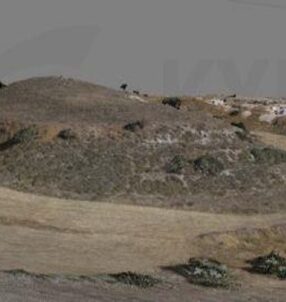