Chinese forces could attempt to block the Royal Navy’s signals, spread false information and conduct phishing attacks on countries where the HMS Queen Elizabeth docks in East Asia, according to reports. Earlier this week, the Royal Navy aircraft carrier departed from Portsmouth to sail off for sea trials ahead of its first deployment in the spring.

China has claimed a large part of the South China Sea as its own which has triggered territorial disputes.

Taiwan reportedly told the Times that the international community should “pay close heed to this growing aggressiveness of China” and welcomed the HMS Queen Elizabeth’s deployment in the region.

Boris Johnson last year confirmed that the HMS Queen Elizabeth will be at the centre of a strike group deployment to the Mediterranean, the Indian Ocean and east Asia.

Last month, Defence Secretary Ben Wallace said: “The most significant Royal Navy deployment in a generation demonstrates the UK’s commitment to working with our partners in the region to uphold the rules-based international system and promote our shared security and prosperity.”

Foreign Secretary Dominic Raab also said the move was part of the UK’s “tilt” towards the Indo-Pacific region post-Brexit.

The aircraft carrier is expected to sail into the South China Sea to conduct “freedom of navigation” patrols.

The ship will reportedly carry out military exercises with Japan and the US in the waters near Japan’s Ryukyu Islands.

A recently retired military officer told The Times there would be a “severe threat” from so-called “grey zone” attacks during the aircraft carrier’s deployment.

They added: “China is likely to try and interfere with the deployment through cyberattack.

“You can have a damaging effect below the threshold of conflict.”

The retired officer said that such incidents, which could include a disinformation campaign, would “not sink the carrier, but the reputational risk is high”.

Commander Tom Sharpe, also retired, told the paper: “China will engage in disinformation operations during the deployment in an attempt to weaken resolve and undermine alliances.

“China will also certainly conduct cyberactivity against the group that will test the ship and her support networks.”

Experts warn that China could spread false information about the HMS Queen Elizabeth to generate hostility or unfavourable press.

The cyberattacks on the Royal Navy may include emails aimed at infecting the ship’s computer systems with malware, according to reports.

Navy sources told The Times that the aircraft carrier will have a “box of tricks” to defend itself against any cyber threats.

In January, China issued a stark warning to Taiwan that “independence means war”.

The eastern superpower claims ownership of its island neighbour despite the two nations having been governed separately for over seven decades.

Dr Patalano said: “I do believe President Xi has offered no evidence to suggest he is not serious in his propositions.

He added: “Unless we see a different narrative emerging over this decade in which a different arrangement across the Strait is acceptable to Beijing, one should take seriously the risk of increased action – political as well as military – to ensure that reunification is achieved within a timeframe to allow to celebrate the first 100 years of the PRC in time.” 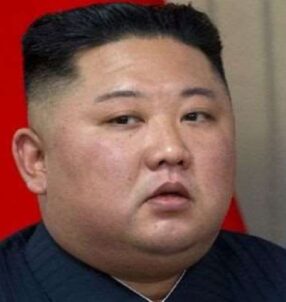