More than 30,000 homes and businesses have been left without power in Ireland as Storm Barra made landfall, with winds predicted to reach 80mph as it crosses east throughout the day.

Heavy rain and sleet was expected on Tuesday as Barra continued its path from the Atlantic. Snow was already falling in the north-west of the country.

The national weather service, Met Éireann, said the storm, which was likely to reach the UK within hours, could pose a danger to life over the next two days.

The UK was also braced for 80mph winds and heavy showers when Barra makes landfall, less than two weeks after Storm Arwen caused significant damage to parts of the country.

© Provided by The Guardian A woman tries to avoid sea spray, whipped up by the wind and waves on Brighton promenade, as the UK readies for the arrival of Storm Barra. Photograph: Christopher Furlong/Getty Images

Power cuts were reported in Cork, Kerry, Dublin and Limerick and people in three counties on the west coast advised to remain indoors.

Flooding in Cork and Kerry rendered several roads unpassable because of water or fallen trees.

The storm coincided with high tide in Cork city, with flood waters flowing across South Mall from riverside quays in Morrison’s Island. 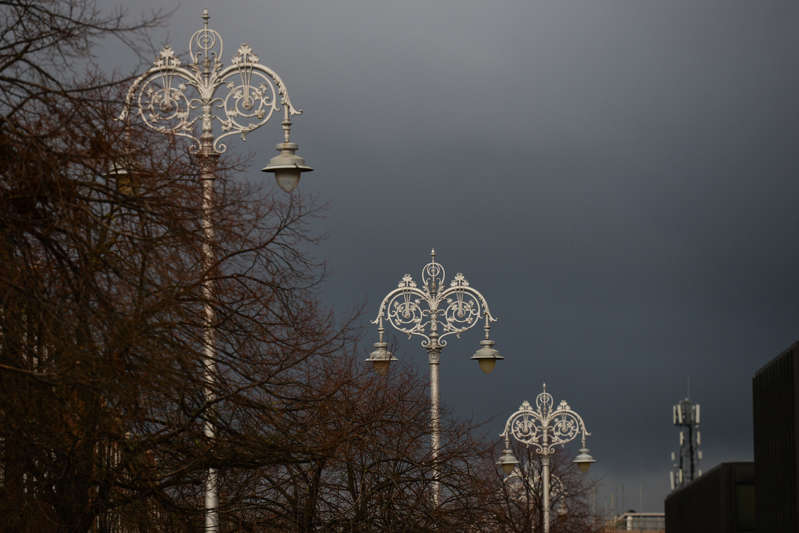 Schools in 12 counties subject to red and orange warnings were advised to close, while Aer Lingus cancelled all flights in and out of Cork with some services disrupted in Dublin.

In the UK, the Environment Agency issued three flood warnings for England’s south coast, as well as 35 flood alerts.

Yellow snow warnings were in place in northern England and Scotland, with blizzards and snowfall of up to 20cm causing treacherous conditions on roads at higher altitudes, the Met Office said.

The Met Office meteorologist Aidan McGivern said Storm Barra’s gusts and impact would be “a notch down” compared with Arwen, which led to widespread power cuts on 26 November, some of which had not yet been restored. 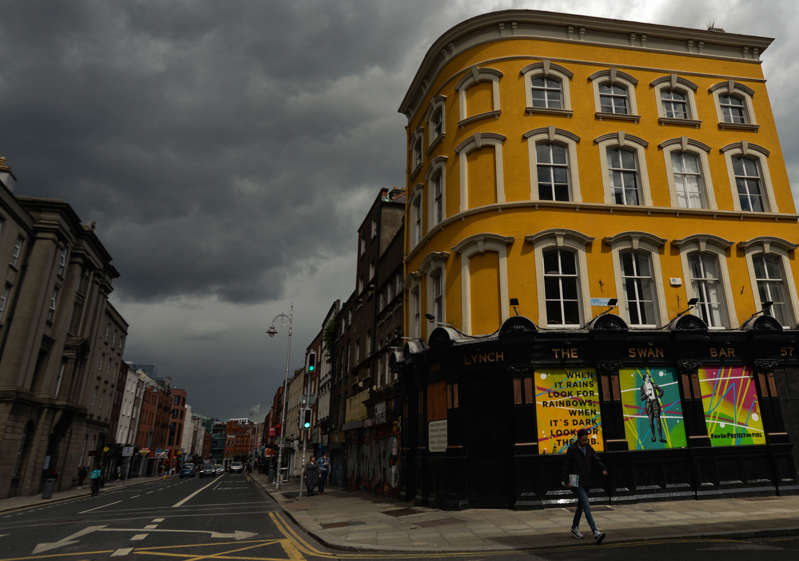 Heavy rain was forecast in Northern Ireland and the south-west of the UK with drifting snow and blizzards turning heavy across northern hills.

On Monday, while about 1,600 households in the north-east of the UK were still without electricity almost two weeks after Storm Arwen struck, Boris Johnson said he had spoken to the chief executive of Northern Powergrid and had been “assured [customers] would be reconnected tomorrow at the latest”.

That evening the electricity supplier said it had reduced the number of homes and businesses affected to 700.

Ice was forecast overnight in parts of the UK before Barra’s arrival and the Met Office issued a yellow warning for potentially hazardous driving conditions in western Scotland and north-west England.