Tony Blair unleashed a stinging attack on the “woke left” on Wednesday warning that Labour could cease to exist and that Sir Keir Starmer is “struggling to break through with the public”.

In a devastating verdict on the state of his party in the wake of its dismal May election results, the former Prime Minister said Labour needs a “total deconstruction and reconstruction. Nothing less will do”.

Writing in the Left-leaning New Statesman, Mr Blair added: “Keir seems sensible but not radical. He lacks a compelling economic message. And the cultural message, because he is not clarifying it, is being defined by the ‘woke’ left, whose every statement gets cut-through courtesy of the right.”

Sir Keir is “struggling to break through with the public, and last week’s elections are a major setback”, continued Mr Blair, with Labour now “asking whether Keir is the right leader”.

But the ex-PM, now running the Tony Blair Institute for Global Change which has been at the forefront of the battle against Covid-19, warned that Labour “won’t revive simply by a change of leader”.

Though, noticeably, he also did not give any support in his withering essay to Sir Keir.

Highlighting what he sees as a potentially existential threat to Labour, he argued that political parties “have no divine right to exist”, and that progressive parties are facing “extinction across the Western world”.

He also fired off some of the most hard-hitting criticism of the “woke” left by any prominent political figure on the liberal left in Britain or America.

“A progressive party seeking power which looks askance at the likes of Trevor Phillips, Sara Khan, or JK Rowling, is not going to win,” he warned.

“People are suspicious that behind the agenda of many of the culture warriors on the left lies an ideology they find alien and extreme.”

Mr Blair’s intervention came as Labour is embroiled in an inquest over why it performed so badly in the May elections, losing council seats at a time when Opposition parties are normally winning hundreds.

In the final results of Thursday’s English council elections, the Tories gained 294 councillors across the nation, while Labour lost 267.

It also suffered another significant setback in the loss of the Hartlepool parliamentary seat, which it had held since its creation 47 years ago.

Sir Keir potentially faces another fresh blow if Labour loses the Batley and Spen by-election, called after Tracy Brabin stood down following her election as the first mayor of West Yorkshire.

He also had a bust-up with Labour’s deputy leader Angela Rayner as she was stripped of her roles as party chairwoman and campaign co-ordinator over the weekend.

Speaking openly, she told of her “very frank relationship” with Sir Keir and “the robust conversations that me and Keir have and have always had”.

She also said that members of the public did not know what Sir Keir “stood for” before they went to the polls last week.

However, she claimed she was appointed to several new roles, including shadowing Michael Gove, because she wanted to be more “front-facing” in the reshuffled top team.

Some Left-wingers are warning Sir Keir could soon face a leadership challenge as they seek to persuade the party to continue with Jeremy Corbyn’s policies which saw it plunge to its disastrous 2019 election defeat.

However, MPs on the centre and Right of the party are stressing the need to build a coalition of support from different communities across Britain.

Labour had a glimmer of good news with the re-election of several mayors including Sadiq Khan in London and Andy Burnham in Greater Manchester, as well as Dan Norris becoming the Mayor for the West of England. 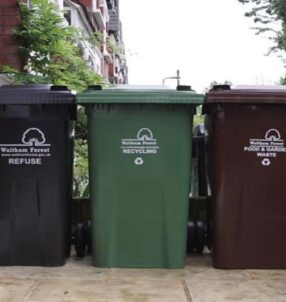