UK Cypriot Dr Daniele Nunziata is a Lecturer in English Literature at the University of Oxford. He recently published his first book, titled Colonial and Postcolonial Cyprus: Transportal Literatures of Empire, Nationalism, and Sectarianism.
The inspiration for the book came from his Cypriot mother, whose family hails from near Lefkoniko, Ammochostos.
The book analyses colonial and postcolonial writing about Cyprus, before and after its independence from the British Empire in 1960. These works are understood as ‘transportal literatures’ in that they navigate the liminal and layered forms of colonialism which impede the freedom of the island, including the residues of British imperialism, the impact of Greek and Turkish nationalisms, and the ethnolinguistic border between north and south.
This study puts pressure on the postcolonial discipline by evaluating the unique hegemonic relationship Cyprus has with three metropolitan centres.
Contemporary Cypriot writers address this in order to resist sectarian division and grapple with their deferred post coloniality.
Cyprus is a particularly charged political and imaginative environment: once a British colony, now partitioned and caught between Greek and Turkish influence. In this context, writing in English has had a complex and evolving role: at first the medium of colonial oppression, English is now one of the languages of the island, to some extent a neutral tongue, and a language of opportunity, though still bearing traces of its imperialist past.
The texts written in or translated into English which Daniele Nunziata explores, from Victorian travellers like Esmé Scott-Stevenson, through to mid-twentieth century figures like Lawrence Durrell and Costas Montis, to contemporary Cypriot writers like Yiannis Papadakis and Nora Nadjarian, reveal surprising continuities as well as striking divergences and fractures. As he explores them, Nunziata develops an argument which (like the case of Cyprus itself) has much to offer the overlapping fields of postcolonial studies, translation studies, and comparative and world literature.
Colonial and Postcolonial Cyprus: Transportal Literatures of Empire, Nationalism, and Sectarianism is published by Palgrave Macmillan and can be ordered online at www.palgrave.com/gb/book/9783030582357
Dr Nunziata’s research on postcolonial literature has been published in numerous journals (including PMLA and the Journal of Postcolonial Writing) and in the Columbia University Press series, Studies in World Literature.
He is a contributor to Writers Make Worlds. 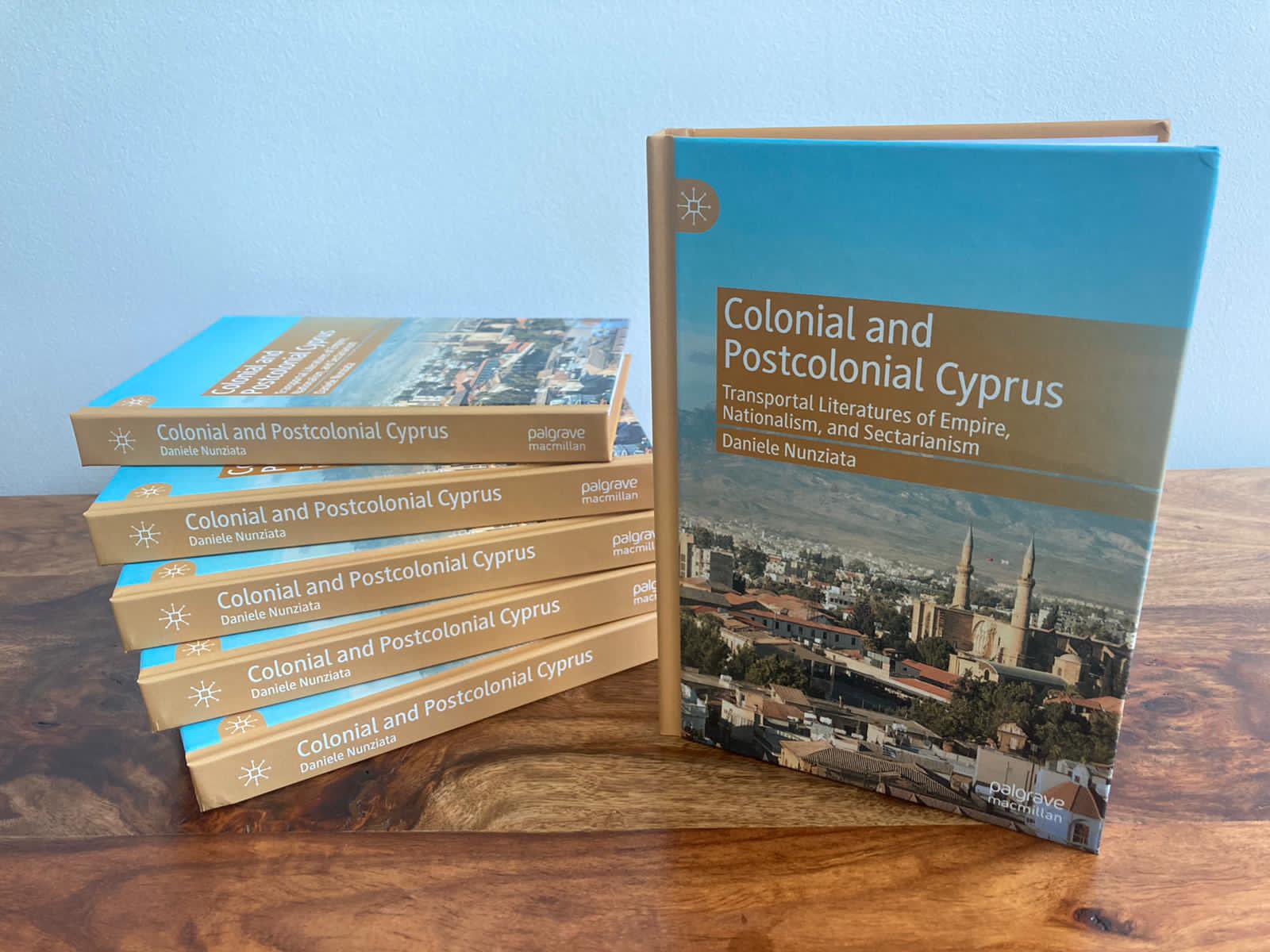