You are here: Home  /  CYPRUS  /  We are going to Geneva aiming at a positive outcome, Cyprus FM stresses
CYPRUS We are going to Geneva aiming at a positive outcome, Cyprus FM stresses

We are going to Geneva with the aim to get a positive outcome, Cyprus Foreign Minister, Nikos Christodoulides said on Sunday, referring to the informal meeting on the Cyprus problem that will take place in Geneva on April 27-29. He noted that Cyprus President Nicos Anastasiades and the negotiating team will go to Switzerland, with various concrete scenarios at hand, which are not, in any case, outside the framework of the bizonal, bicommunal federation.

In statements in Paphos, Christodoulides noted that a meeting of the National Council will take place, in view of the informal meeting in Geneva, adding that President Anastasiades, will also fly to Athens on Wednesday to hold discussions with the Greek Prime Minister, Kyriakos Mitsotakis, ahead of the informal meeting.

“We are just one week before going to Geneva for this very important meeting,” he said, adding that statements made by the Turkish side generate a pessimistic mood, however everything will depend on what will happen during the discussions.

He went on to say that they are looking into all possible scenarios and that they will go to Geneva with the sole purpose of getting a positive outcome.

“For us a positive outcome would be the resumption of substantive talks from where they were suspended in Crans-Montana, with the sole aim of achieving a bizonal, bicommunal federation,” he added.

The Foreign Minister said that “for this reason we are ready for all scenarios and we will do our utmost in order to have a positive outcome.”

Moreover he stressed that “we will not enter into any discussion related to a change of the form of a Cyprus settlement. Whether this concerns two states, or a confederation, it is out of discussion for our side”.

Christodoulides also underlined the need to make use of what has already been achieved during the negotiating process, noting that the latest negotiations resulted in many convergences, some of which were achieved for the first time.

The aim is to take it from there, and hold discussions on the six points of the UN Secretary-General`s Framework, he added.

He noted that one of these concerns the issue of the de-centralized federation, but there are also other issues as the chapter on security and guarantees and the territorial issue.

Christodoulides said that these are crucial chapters and the President Anastasiades and the negotiating team will go to Geneva with concrete scenarios at hand, which are not outside the framework of the bizonal, bicommunal federation.

Cyprus has been divided since 1974, when Turkey invaded and occupied its northern third. Repeated rounds of UN-led peace talks have so far failed to yield results. The latest round of negotiations, in July 2017 at the Swiss resort of Crans-Montana ended inconclusively. The UN Secretary-General invited all parties involved to attend an informal five-plus-one meeting on the Cyprus issue in Geneva, Switzerland, from 27 to 29 April 2021. 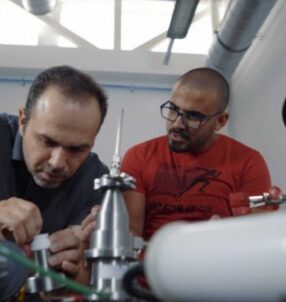