WASHINGTON, DC – The American Hellenic Institute (AHI) is proud to announce a slate of events to commemorate the Bicentennial of the Greek War of Independence.

The conference program and registration are available online: https://www.ahiworld.org/events/2021/2/16/the-united-states-and-the-greek-war-of-independence-1821.

A Congressional Salute is on Tap, Archbishop Elpidophoros to Participate

AHI will continue its proud tradition of commemorating Greek Independence with members of Congress with its annual Congressional Salute to Greek Independence Day, to be held on April 14. The virtual presentation will feature congressional champions of the Greek-American community as well as His Eminence Archbishop Elpidophoros of America, and Ambassador Papadopoulou.

For a historical perspective and in-depth examination of the shared ideals and political philosophy of the Enlightenment that inspired the American Revolution of 1776 and the Greek War of Independence, AHI recommends The American Declaration of Independence (1776) and the Greek Proclamation of the Messenian Senate (1821) by AHI Board Member Nicholas G. Karambelas published in The American Journal of Contemporary Hellenic Issues by American Hellenic Institute Foundation (AHIF).

“Even though the American Revolution and the Greek War of Independence occurred more than 45 years apart, the Americans and the Greeks fought against authoritarian empires and sought to create free and self-governing countries which would participate in the community of nations as full members,” Karambelas writes. 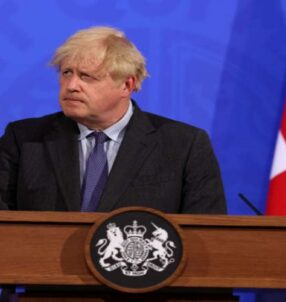