An Albanian crime gang from London accused of smuggling hundreds of migrants through the Channel Tunnel hidden in vans and lorries has been arrested by the National Crime Agency.

In addition to the five suspects held in London, the other two arrests were in Horley in Surrey and Didcot in Oxfordshire.

Many of the migrants are believed to have been brought in concealed behind furniture in vehicles hired specially to carry out illegal people smuggling using a network with connections across Europe.

© Provided by Evening Standard Seven members have now been arrested in raids involving more than 100 officers from the National Crime Agency (PA)The migrants were paying as much as £25,000 to be brought in with many believed to be going on to work in the illegal economy once in Britain.

But after six different attempts were foiled by Border Force staff at the Coquelles terminal near Calais and another two were stopped before reaching the coast, the crime group behind the trafficking was uncovered.

Seven members, including three held in Purley, one detained in Morden and another in Croydon, have now been arrested in raids involving more than 100 officers from the National Crime Agency, the Met and Home Office immigration enforcement teams.

Around £30,000 in cash was also seized, although the NCA said the scale of the gang’s activities had involved potentially hundreds of thousands of pounds of turnover.

All of the suspects are being questioned on suspicion of offences including conspiring to facilitate illegal entry to the UK and money laundering.

Commander Richard Harrison, from the NCA, said the gang had been risking the safety of the smuggled migrants and threatening the security of the UK border through its unlawful activities.

“We believe these arrests will have significantly disrupted an organised criminal network responsible for smuggling potentially hundreds of people into the UK illegally,” he said.

“The network claimed to provide a top of the range service and charged accordingly, using complicit drivers to transport migrants in hired vehicles.”

“It is a form of criminality that sees people exploited for profit by criminals who have no regard for human life.

“Our officers are working day and night with partners in the UK and abroad to find them, disrupt and dismantle their business models and bring them to justice.

“I also have a message today for drivers, commercial or otherwise, who would consider assisting these organised criminal networks by transporting migrants on their behalf.

“Do not do it. The penalties for those who are caught are severe and life-changing. It is simply not worth the risk.”

The arrests are the latest in a series of enforcement raids and arrests against Albanian crime gangs operating in Britain.

The NCA has previously said that it believes Albanian organised crime groups control the illegal cocaine market in virtually every major city in this country, as well as being involved in other criminal activities such as people trafficking. 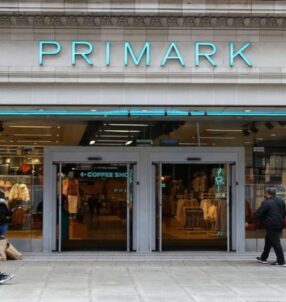