The end of the internal combustion engine was one of the goals identified by Boris Johnson before Cop26.

The climate summit in Glasgow has delivered in part – some manufacturers and a few big countries said last week they would end sales of fossil fuel cars by 2040. Neither Volkswagen nor Toyota, the world’s two biggest carmakers, signed up, because of concerns over electric charger availability in poorer countries, but nevertheless the path is clear. Petrol and diesel are on their way out. Battery electric cars are on the way in.

Surprising then, that Johnson Matthey, the FTSE 100 chemicals company, announced on Thursday that it was ditching plans to expand in the lithium-ion battery market. For years the FTSE 100 company had touted its bespoke battery technology as the perfect replacement for its revenues from catalytic converters for diesel cars – almost two-thirds of its sales. Now it says it will try to sell the business, abandoning one factory in Poland and another planned for Finland.

Beyond the implications for one of Britain’s oldest listed companies, the signal this sends for UK industry is not welcome

The company’s retreat – accompanied by the “retirement” of its chief executive, Robert MacLeod – suggests the blue-chip company’s vision for the future is no longer so clear. Further breakup of the business, a few years past its 200th birthday, is a serious possibility, say investment bankers. Without a compelling growth story, Johnson Matthey might itself be advised to hire bankers to prepare a defence against the well-funded private equity firms that have already made light work of a series of British engineering stalwarts.

Beyond the implications for one of Britain’s oldest listed companies, the signal it sends for UK industry is not welcome. Johnson Matthey points out – accurately but belatedly – that battery manufacturing is a scale game, and that rivals are far ahead. China, Korea and Japan have a huge lead. The EU and US have also woken up, and are investing in new “gigafactories” at a rapid pace.

In the UK, the government-funded Faraday Institution suggests carmakers will need annual battery output of about 140GWh by 2040 to sustain the car industry at anything like its current economic heft. There has been one verifiable success so far: Chinese manufacturer Envision’s promise to make 38GWh a year in Sunderland. Startup Britishvolt is gaining momentum to fund another. Yet some observers are sceptical that the UK will ever come close to what the government hopes – suggesting the car industry could shrink rapidly.

There is some cause for hope, not least in the UK’s undisputed academic excellence. It is by now a well-worn trope within industry that the UK (or rather academics at the University of Oxford) gave the world the lithium-ion battery, but it was Japan’s Sony that brought it to market. Now UK scientists (including, still, those in Johnson Matthey within a separate division) are among those racing to produce a solid state battery – likely to be the next step up in the crucial search for energy density – and government-funded bodies are poised to commercialise any technology that does emerge from the lab.

But, as senior officials point out, Britain can ill afford to wait a decade for the next generation of batteries. Carmakers are making their investments now, and once those relationships and supply chains are lost, they are not easily regained.

Most economists use a gravity model of international trade: the closer and bigger two businesses are, the more they are likely to trade. Decisions like Johnson Matthey’s will not destroy the UK automotive industry by themselves, but every time someone decides not to invest in the sector, the UK’s gravitational pull on new investment wanes.

Bright sparks amid the gloom at M&S

Marks & Spencer gave its long-suffering shareholders an early Christmas present – and some hope – last week as it put the financial turmoil of the pandemic behind it. Annual profits were, it said, going to be a respectable £500m as shoppers returned to its clothing departments and food halls.

Jaded followers of M&S, with its record of false dawns, may have trouble believing their ears. But credit where credit’s due. After more than four years, the duo of turnaround expert Archie Norman as chairman and M&S diehard Steve Rowe as chief executive is starting to deliver, with a 10% jump in food sales and “substantial improvement” in its clothing and homeware divisions. The pair have done what previous teams failed to do: taking unpopular decisions to close stores and performing serious surgery on its clothing business.

But this is more than a two-man show, although big decisions like the joint venture with online grocer Ocado now look smart even if the City questioned the price tag at the time. An experienced team of fashion executives have assembled its clothing ranges in a project led by Richard Price, who returned after a stint at Tesco, where he ran its homewares and F&F clothing arms.

In the food halls, Stuart Machin – who is considered a contender for next chief executive – is leading the charge with the new products and lower prices needed to pull in high-spending families for bigger shops.

But let’s not get carried away. M&S has benefited from pent-up demand for wardrobe updates unleashed by the end of lockdown – this may not be as robust next year – and from the closure of hundreds of Debenhams and Arcadia stores.

M&S shares have almost doubled this year, and closed the week at a more-than-two-year high of 240p. Senior rivals privately admit a strong M&S is good for everyone on the high street. Let’s hope this is a trend M&S can make last for more than one season.

Freeports are a zero-sum game played with taxpayers’ money

This week the government’s much-vaunted freeport project will become a reality. Promised by the chancellor, Rishi Sunak, as a vital component in the levelling-up toolkit, and as a benefit of Brexit, the low-tax zones will be switched on by government legislation on Friday.

Three locations in England will be the first to come into being – Teesside, Humber and Thames – and five more will follow. Freeports in Scotland, Wales and Northern Ireland are also planned, subject to talks with a recalcitrant Treasury.

Offering tax breaks and streamlined customs arrangements, freeports are sold as a way to reboot the economies of left-behind towns and cities after decades of neglect, while boosting the UK economy at large.

But the Treasury’s own economics watchdog, the Office for Budget Responsibility, warns that there will be few discernible benefits. At best, they will shift business activity from elsewhere in the UK into the new zones. Effectively, corporates will get tax breaks for shuffling the pack. It is a zero-sum game played at the cost of taxpayers.

Teesside has the best chance of success, with vast tracts of brownfield land adjacent to the few remaining hi-tech manufacturers, and first-class but under-utilised dockland infrastructure. All provide the backbone for a future cluster.

Providing a locus for activity could spur growth. Public sector activism and ownership of key assets within the freeport zone – under local Conservative mayor Ben Houchen – twinned with private enterprise, may well prove powerful – if the project is well executed.

But there are risks. Freeports can be a haven for secrecy, tax evasion, crime and cronyism. The involvement of workers – to whom the benefits of economic regeneration are intended to flow – is sorely missing, so capital could be sheltered in freeports at the expense of labour.

Decades of austerity will not be reversed by more experimentation with trickle-down economics. While the ambition to catalyse regeneration should be applauded, serious questions remain about whether freeports are the way to go. 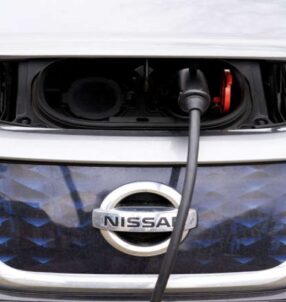