You are here: Home  /  CYPRUS  /  Bicommunal event in Cyprus against nuclear weapons with a loud and clear message
CYPRUS A human chain in memory of the victims of the Chernobyl accident, which occurred 36 years ago in April, was formed on Wednesday afternoon by participants of the Bicommunal Action Against Nuclear Weapons on the ‘Green Line’ outside the Ledra Palace Hotel in Nicosia, to express their opposition to the opening of the nuclear power plant in Akkuyu, Turkey.

The organisers stressed in a Joint Declaration that Akkuyu, a particularly earthquake-prone area, they said, where Turkey will build the nuclear plant, is just 90 kilometres from the coast of Kyrenia and that the plant threatens the security of the wider region.

The Joint Declaration was read out in both Greek and Turkish as participants in the event created a human chain in memory of the Chernobyl victims, holding lanterns and candles.

Members of organisations and political parties supporting the event held banners saying “No to nuclear weapons” and “Nuclear-free Mediterranean”.

The “Bicommunal Choir for Peace – Lena Melanidou”, sang a song for the victims of Hiroshima, which they arranged and added lyrics concerning Cyprus, but also Greek Cypriot choir members singing “Turkish Cypriot brothers sorry” in Turkish, and Turkish Cypriots saying the same to Greek Cypriots, in Greek.

At the Joint Statement was read out, the participants observed a minute’s silence for the victims of Chernobyl and for all those who have and are suffering due to nuclear disasters/accidents.

The Joint Declaration states, inter alia, that nuclear power plants “do not only threaten the environment, but above all the health and safety of the inhabitants of the surrounding areas”, given that a possible leakage poses a huge danger to both the workers at the plant and surrounding residents.

Furthermore, the Joint Declaration states that radioactivity, both during the normal operation of a nuclear power plant and in the event of an accidental leakage, would destroy the quality of life of all living creatures in the area, including humans. In the event of a radioactive leakage, areas of several hundred kilometres around nuclear power plants will be directly affected, it added.

Referring to the consequences of the devastating earthquake at Fukushima in 2011 and the leak at the nuclear power plant there and the Chernobyl accident which occurred, the Declaration stresses that nuclear energy is neither renewable, nor clean and the problems it can cause far outweigh the benefits. The cost of managing nuclear waste, it adds, is very high and this belies theories that nuclear power is a cheap source of energy.

“There are so many other types of energy that can be harnessed by humanity today that the use of nuclear energy can be described as unnecessary,” it said.

“Furthermore, the Chernobyl accident is still tormenting people and the environment throughout the Black Sea basin.”

“Particularly today”, it adds, “because of the war in Ukraine, the danger and threat of nuclear weapons has never been so acute.”

The Joint Declaration is signed by, among others, AKEL, the Movement of Ecologists – Citizens’ Co-operation, the Turkish Cypriot parties New Cyprus Party (YKP), the Communal Democracy Party (TDP) and the Independence Road Party, the Pancyprian Federation of Labour (PEO), the Turkish Cypriot secondary and primary school teachers’ trade unions KTOS and KTOES, political, artistic and ecological movements and bi-communal groups. 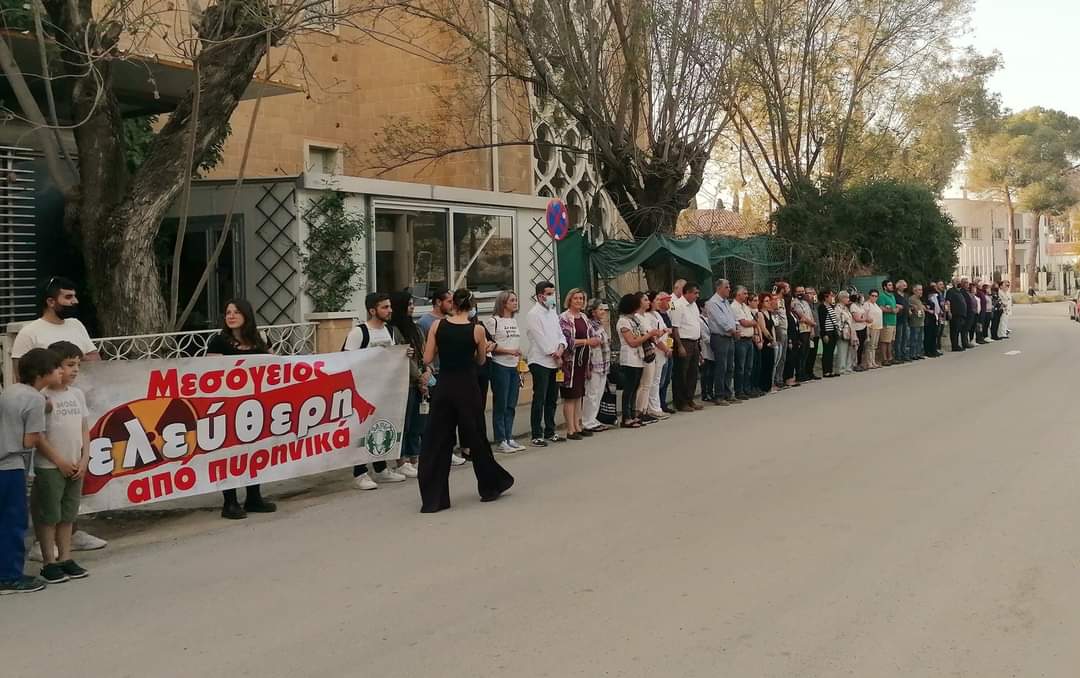 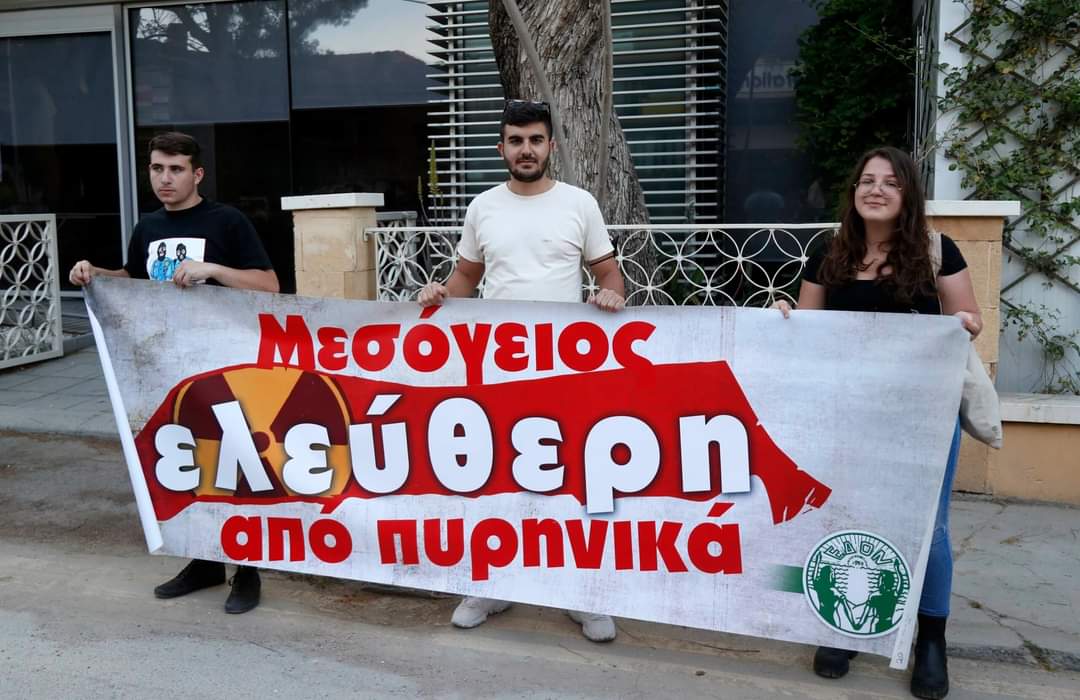 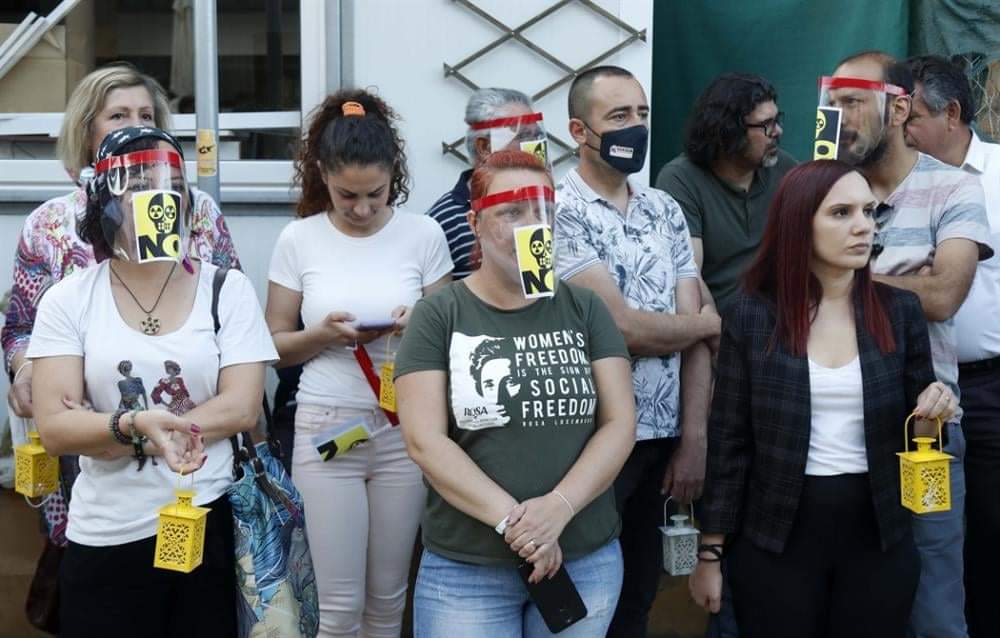 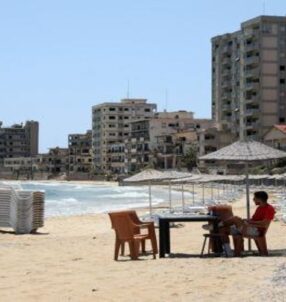