You are here: Home  /  WORLD  /  Bolsonaro doesn’t believe in social distancing, masks or vaccines. That wasn’t lost on those protesting
WORLD The infection rates are officially between 80,000 and 100,000 people every day. But that is the recorded cases, experts say the real figure could be two, three or even four times higher.

At current rates, Brazil will surpass the US for the greatest death totals; epidemiologists are warning Brazil could lose 800,000 people.

They’ve been demonstrating on Brazil’s streets for over two years now, but COVID has upped the ante – the protests are getting bigger and bigger.

The centre of the city heaved with people consumed with their hatred of their president Jair Bolsonaro, who is into his third year of a four-year presidency.

He faces an election next year, with polls showing his popularity is plummeting in the midst of the COVID-19 surge.

For many people we met, the fact that half a million people have died and the country still isn’t in lockdown or increasing its vaccination program is too much to take. They want Mr Bolsonaro out and a rethink on how to deal with the pandemic.

© Other The protesters, unlike their president, believe masks can help slow the spread of the virus

Tens of thousands of people marched in Sao Paulo in well-organised groups watched on by police, many in riot gear.

They started gathering before the official time from all walks of life, rich and poor, young and old.

We didn’t meet a single person that hadn’t lost friends or family to COVID.

I met Rita Guimaraes on the street between giant banners being unfurled before the march began.

“We have to fight because it’s ridiculous, and our families are dying, people that we love are dying, I can die tomorrow and nothing’s being done, so, unfortunately I have to be here,” she said.

Everywhere around us we saw people carrying posters and waving flags with slogans criticising the president, the main theme was “Fora Bolsonaro!” – it means “Bolsonaro Out!”

Much of the organisation of the events was done by opposition political parties, trade unions, and student unions, but ordinary people turned out in huge numbers as well.

Crucially, they all want the same thing – Bolsonaro out – and they all agree he isn’t listening.

Lucas Ferreira is a civil servant. The 27-year-old told me that they just can’t stand by anymore and not do anything – he has lost four close friends to COVID.

“Now people are starting to get angry and start to mobilise to show everyone that we don’t want this, we don’t want to live under the Bolsonaro government.”

I asked if he thought Mr Bolsonaro was listening. “No, no, Bolsonaro, he’s now very authoritarian and he doesn’t listen to people,” he said, stifling a laugh.

At the heart of all this is a president who doesn’t believe in vaccines, or wearing masks, or social distancing, or lockdowns, or, it seems, anything that might slow the death rate down.

And that’s not lost on people here. One woman with her two young children passed me in the crowd.

She told me: “Our government decided that there is no virus and that we don’t have to wear masks, that we can use that medicine (hydroxychloroquine) that’s not good for the people, and he said it’s no matter, it’s just the flu.” 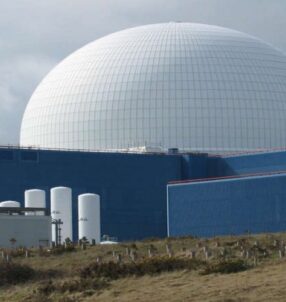