Boris Johnson will promise to level up Britain by bringing jobs and skills to ‘Red Wall’ areas to stop the brain drain to the cities.

Under plans which will be outlined in the Queen’s speech, the prime minister will pledge to ‘live local and prosper’ in a bid to revive many areas which feel they have been left behind.

Tuesday’s speech will also outline plans to tackle the NHS operations backlog caused by the pandemic.

As part of his measures to thank the voters who have seen him preside over a successful series of local elections despite 11 years of Tory rule, Johnson will introduce a Skills and Post-16 Education Bill on Wednesday.

The bill will get local employers to work with further education colleges to deliver a ‘skills accelerator programme’, The Sunday Times reports.

Under the new plans, people who want to study part-time will have greater access to universities and colleges.

The approach is a major swift from previous Conservative governments who promoted leaving your home town to look for work in London and economic hubs.

A senior government source said: ‘There is going to be a massive investment in further education and lifelong “upskilling” so people can take on better-paid jobs in their local area.

‘Some people will want to move for work but this is investment in communities so people can thrive where they live.’

Regarding the situation in the NHS, Johnson warned it will ‘get worse before it gets better’ with a current care waiting list of 4.7 million people.

In Tuesday’s speech, the prime minister will pledge an extra £63billion this year and £22billion next year to the health service while admitting more money is needed to cut down the backlog.

His pledges come after Johnson completed an incredible electoral hat-trick this afternoon to pile more misery on Keir Starmer’s Labour.

The Conservative Andy Street romped home to remain mayor of the West Midlands, thrashing former minister Liam Byrne in a vote that the opposition had hopes of winning.

It came after wins in the Hartlepool by-election for Jill Mortimer and mayoral vote in the Tees Valley by Ben Houchen to complete a dominant display for the governing party 11 years into its tenure.

The West Midlands defeat is especially embarrassing for Labour and Mr Byrne personally, after he confidently predicted his own victory.

Mr Street, the former boss of John Lewis, came close to winning outright in the first round with 48.7 per cent of valid first preference votes.

But after the second round of voting he emerged with 54 per cent of the vote to Mr Byrne’s 46 per cent.

In his acceptance speech Mr Street hailed Boris Johnson’s ‘levelling-up’ agenda, adding: ‘I’ll be banging on the door to make sure that commitment comes good.’

Speaking from the podium at the count in Birmingham, Andy Street thanked everyone who had put their faith in him, and praised hundreds of Conservative activists for their exemplary support of his campaign.

Mr Street, who was supported by comedian Jasper Carrott, added: ‘Our success goes well beyond the Conservative team – so I also want to thank everyone else who’s come on board over last four years, and shares our vision for and belief in the renewal of the West Midlands.

‘It’s that growing sense of unity and shared purpose that makes me certain we will succeed.’

Defeated Liam Byrne said Labour had won in Birmingham, Coventry and Sandwell but he conceded that his overall defeat was a ‘bitter blow’ for his party.

The Birmingham Hodge Hill MP added: ‘This defeat is my responsibility. In the weeks ahead I’ll tell the full and astonishing story of this ground-breaking campaign, but today I simply say this – do not be down-hearted because if you lose heart our country loses hope.’ 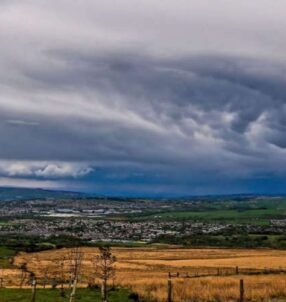