Boris Johnson will tomorrow back an unprecedented bid to overthrow an independent inquiry that found the former cabinet minister Owen Paterson committed an “egregious” breach of lobbying rules.

Tory MPs will be instructed by party whips to avoid imposing an immediate 30-day suspension on their colleague by backing a motion that argues the initial probe by the parliamentary standards commissioner was flawed. Instead, a new committee would be set up to review the evidence.

The body would be chaired by the Conservative backbencher John Whittingdale and consist of four other Tories, three Labour MPs and one from the Scottish National party tasked with examining ways of overhauling the standards process, including giving those accused the power of appeal and making it more consistent with the “principles of natural justice”.

Andrea Leadsom, the former Commons leader, will propose the amendment during a debate on Wednesday about Paterson’s conduct and it is understood the chief whip, Mark Spencer, will tell other Tory MPs to support it.

Last week an investigation by the parliamentary commissioner for standards, Kathryn Stone, concluded Paterson “repeatedly” used his position as an MP to benefit two firms who paid him as a consultant. Her report said he worked for Randox and Lynn’s Country Foods and had made approaches to the Food Standards Agency and Department for International Development ministers about the companies.

Paterson said he was not guilty and “a fair process would exonerate me”. He described the process as “a major contributory factor” in the death of his wife, Rose, who killed herself last year.

A number of MPs are supporting Paterson and trying to overturn or dilute the standards committee recommendation of a 30-day suspension from parliament.

The amendment set to be proposed by Leadsom tomorrow will say that a new committee should report its findings by the start of February 2022, with a motion proposing changes to the standards committee system presented to the Commons within five days.

Other bids will also be launched to spare Paterson a long ban from parliament that could trigger a byelection. Tory MPs Dr Julian Lewis, William Wragg and Peter Bone have proposed he face no sanction “on compassionate grounds” related to his wife’s death.

Whether the amendments are selected will be a matter for the Commons Speaker, Lindsay Hoyle. He will announce on Wednesday afternoon which – if any – will be voted on when MPs begin a 90-minute debate on the report into Paterson released last week.

Bernard Jenkin, one of four Tory MPs who sits on the standards committee, recused himself from discussions during the investigation as he is a close friend of Paterson’s. Jenkin was said to have played a role in mobilising MPs to vote to prevent his suspension. Iain Duncan Smith, the former Conservative party leader, has also tried to drum up support for Paterson among the 2019 intake of Tory MPs.

Chris Bryant, a Labour MP and chair of the standards committee, said Leadsom’s amendment would be unjust. He told the Guardian: “The definition of injustice is you change the rules in the midst of the process. This would create a special system for one person and is completely unfair.”

His committee found Paterson broke multiple rules when he lobbied the government on behalf of Randox, a clinical diagnostics company, and Lynn’s Country Foods, a processor and distributor of meat products. The committee’s report said: “No previous case of paid advocacy has seen so many breaches or such a clear pattern of behaviour in failing to separate private and public interests.”

Paterson claimed he was acting as a whistleblower when he raised concerns about bacon and milk standards with the Food Standards Agency and Department for International Development but the commissioner said his mitigation “did not meet the conditions for this exemption”.

On only two occasions since the second world war have suspensions been contested in the Commons, it i thought, but never has one been downgraded or removed. A senior Tory MP said: “It’s a question of tempering justice with mercy. I do wonder – in the context of what he’s been through – if triggering a recall petition is an appropriate sanction.”

Thangham Debbonaire, the shadow leader of the Commons, said if Leadsom’s amendment passed, it would signal a “return to the worst of the 1990s Tory sleaze culture”. She added: “The Tories want to jettison the systems that has served us well and which has been a vital part of rebuilding public trust after the dark days of Tory sleaze this government seems determined to return to.” 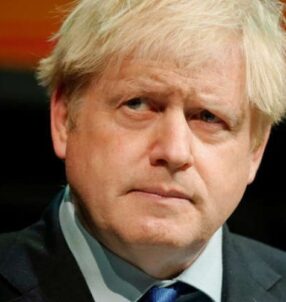