Boris Johnson told an official inquiry that he was unaware who paid the bill for his Downing Street flat refurbishment.

A report by his ethics adviser found he acted “unwisely” by pursuing upgrades without knowing how they would be funded, but cleared him of breaking the ministerial code.

Lord Geidt, the Prime Minister’s independent adviser on ministers’ interests, revealed that the work first began when he was in hospital with Covid in early April last year.

His report also confirmed that Mr Johnson wanted to create a trust to help cover the cost of Downing Street upgrades and that the Conservative Party initially footed the bill.

However, it found that he knew “nothing about” Lord Brownlow personally paying off some invoices after he was named provisional head of the trust that was being set up.

Mr Johnson lives in the flat above Number 11 Downing Street with his fiance, Carrie Symonds, who is credited with helping design the refurbishment, and their child, Wilfred.

Near the end of his 10-page report, Lord Geidt concluded that there had been “no conflict” of interest for the Prime Minister in how the refurbishments were paid for.

“In respect of the interests arising as a result of these events, I advise that an interest did arise in his capacity as a Minister of the Crown,” he wrote. “This is as a result of the support provided by Conservative campaign headquarters and by Lord Brownlow to the Prime Minister.

“I have considered the nature of that support and am content that no conflict (or reasonably perceived conflict) arises as a result of these interests.”

He argued that the Conservative Party had a “strong connection” to its leader and that Lord Brownlow had “altruistic and philanthropic motives”.

© Provided by The Telegraph Lord Geidt, the former private secretary to the Queen, was picked as Boris Johnson’s new ministerial standards adviser earlier this year – Tejas Sandhu/NurPhoto via Getty Images

Separately, Lord Geidt said Matt Hancock committed a “minor” breach of the ministerial code by not declaring his shareholding in a company run by his sister that won an NHS contract.

Mr Hancock has a 20 per cent stake in Topwood Limited, run by his sister and her husband. In February 2019, it was awarded a “framework contract” with the NHS.

For months, Number 10 has refused to spell out exactly how refurbishments to the flat above Number 11 Downing Street were financed, despite reports of donor involvement.

The refurbishment is said to have been inspired by the high-end designer Lulu Lytle and reportedly cost up to £200,000. Only £30,000 would be paid by the Cabinet Office from taxpayer money.

Lord Geidt said Mr Johnson had wanted to set up a trust to cover some of the costs and picked Lord Brownlow, a former Tory vice chairman, to head it.

He said that on Oct 20, Lord Brownlow confirmed to Cabinet Office officials that he had just settled an invoice for the refurbishment works “directly with the suppliers”.  But critically, he concluded that Mr Johnson was not made aware of that fact at the time and only discovered the payment when it was about to be reported by the media in February.

“Cabinet Office officials appear not to have acted on this information to the extent of informing the Prime Minister, let alone offering him advice on his private interests,” part of the report read.

Lord Geidt concluded: “Under normal circumstances, a Prime Minister might reasonably be expected to be curious about the arrangements, and especially the financial arrangements that led to the refurbishment of his apartment at Downing Street.

“In the middle of a pandemic, the current Prime Minister simply accepted that the Trust would be capable of satisfactorily resolving the situation without further interrogation. It is the case that the Prime Minister was ill-served when officials did become aware, albeit they were no doubt also managing their own very difficult circumstances.”

A Number 10 spokesman said: “Lord Geidt’s independent report shows the Prime Minister acted in accordance with the ministerial code at all times.” 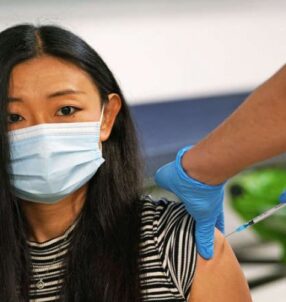