In an interview with EURACTIV France, Pascal Canfin spoke about the EU Parliament’s proposals to improve the battery regulation and actions to accelerate the transition towards full electric mobility in the EU.

Pascal Canfin, MEP of the Renew Europe group, is the chairman of the European Parliament’s Committee on the Environment, Public Health and Food Safety.

France wants to progress the battery regulation by March as part of its EU Council presidency bid. Can this regulation be completed by the end of the French presidency?

In the European Parliament, things are progressing quickly and well, and we will vote in the environment committee on 10 February. We have agreed, by a very large majority, on compromises, which allows us to imagine that the March plenary will not modify our proposals.

It is not a question of changing the major balances of the Commission’s text, which is already good. In particular, it is the first law in the world that sets environmental criteria for the entry of electric batteries onto the market. With this text, we become the world leaders in environmental regulation of battery production throughout the value chain.

What compromises did you agree on in Parliament?

We have made some improvements to the Commission’s text, for example, the inclusion of batteries for electric bikes and scooters in the regulation.

We also agreed on the duty of care (ed: the obligation for multinational companies to ensure their entire supply chain respects human rights and the environment on which the Commission is due to propose a text at the end of March): There is no reason to exempt the battery producing sector. But there is no reason either to go further for this sector than what is required of others. So no additional privileges or penalties.

Finally, we had a lot of discussions about the timetable. In the end, the entry into force will be accelerated by six months. Only batteries that meet a minimum environmental standard will be accepted on 1 January 2027 instead of 1 July 2027. If things go well in the European Council and Parliament, the battery regulation should logically be adopted in 2022. This gives the European battery industry four full years to develop, especially the gigafactories. It also allows importers to consider this new standard to improve their practices.

You mentioned gigafactorys. What is the status of the creation of these factories?

Three are deployed in France, and in Sweden, a gigafactory produced the first “made in Europe” batteries at the end of December. This is a very good example of a successful alliance at the European level. Throughout Europe, we need an efficient ecosystem that will enable us to position ourselves as one of the world leaders, as Europeans, in battery production.

If all the planned gigafactories come to fruition, we will be the second-largest battery producer in the world in 2025, behind China, whereas five years ago, we were nowhere. When we act together in Europe, we can play in the big league when we align all our policies, industrial, research, state aid, etc.

Philippe Varin’s report on strategic materials, submitted to the French government on 10 January, stresses that by 2030, Europe will not produce more than 30% of its needs in strategic minerals for the electric batteries of the energy transition. To what extent can this report influence the Battery Regulation?

To ensure the sustainability of raw material sourcing for batteries, the first element is recycling. We need to increase the effective recyclability rate, and this is a key element of the battery regulation.

The second element is the diversification of our raw material supply to be less dependent on China. This geopolitical issue involves agreements with other countries, such as South Africa and Chile.

Finally, the third element consists of producing and extracting the minerals ourselves and therefore having a mining activity in Europe. This is undoubtedly the most sensitive subject in public opinion, but we have to know what we want to do: we cannot want to electrify all mobility, not be dependent on China and not produce anything ourselves!

To electrify mobility without being totally dependent on China, we need to diversify the supply but also produce at home. The increasing circularity of the value chain will not be enough; we will also have to develop a responsible mining activity in Europe.

France is working on a “responsible mine” label. Is such a label one of the ways of improving the European regulation?

The Commission must now speed up this issue to have a European framework for responsible mining by 2025-2026.

With the arrival of European electric batteries, two other points raise questions. Firstly, there are nearly 800,000 jobs to be filled to meet the future needs of the industry, for which training must be provided. Secondly, the price of electric vehicles is likely to rise because of the production costs of batteries. How can the EU address these problems?

We are going to create 800,000 jobs in Europe, linked to the ecological transition, in a single value chain, which is that of the battery. This is first of all very good news!

For several years I have been advocating ecological transition contracts for employees of the thermal car industry, who will see their jobs gradually disappear. This would allow them to be trained for jobs in electric mobility.

As for the price of electric vehicles, it should be on par with combustion vehicles by 2026.

The number of electric vehicles is increasing these days, and the goal is for them to become the norm in 2026, pass 50%, and then reach 100% of zero-emission cars on the market in 2035. To achieve this, we need a production ecosystem – which we are putting in place with the battery regulation, gigafactorys, etc. – and charging stations. This last point is at the heart of another regulation in the climate package. 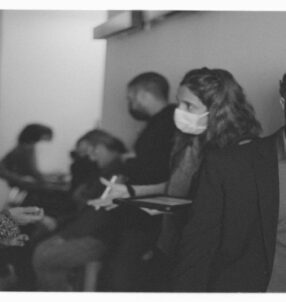