Taiwan’s Defence Ministry reported a number of aircraft breached the country’s air defence identification zone on April 5, one of which flew through the strategic Bashi Channel, south of the country. Eight fighter jets, an early warning plane and an anti-submarine aircraft were identified in Taiwan’s report.

In response to the incursion, Taiwan scrambled its own air force which warned the Chinese aircraft away, the ministry said.

The ministry added that the Chinese jets comprised of four J-16s and four J10s while the anti-submarine aircraft flew south into the Bashi Channel.

They also included four images of the aircraft and added that air defence missile systems had been deployed to “monitor the activity.”

There has been no immediate response from China’s Defence Ministry, although this latest incursion coincided with a separate incident involving Chinese military activity to the North of Taiwan.

No air force activity has taken place over Taiwan itself, although China’s actions have increased pressure, financially and physically on the democratically ruled Island’s air force.

Over the last few months, Taiwan has complained about China’s concentrated missions to the southwestern part of its air defence zone near the Taiwanese-controlled Pratas Islands.

Late last month, Taiwan reported 20 Chinese aircraft were involved in one such mission.

Tokyo has sent a destroyer to monitor the Chinese vessel as it continues to travel towards the Pacific in an affirmation of Japan’s agreement with the Biden administration.

Back in January, China extended its coast guard jurisdiction, which explicitly allows them to fire on foreign vessels.

According to the words of the bill, the coast guard is allowed to use “all necessary means” to stop or prevent threats from foreign vessels.

China has claimed Taiwan and much of the South China Sea as its own territory under its One-China policy. 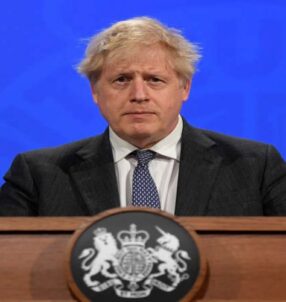 Climate summit: Boris Johnson to warn world leaders not to throw away chance to protect the planet