You are here: Home  /  ECONOMY  /  City eyes on Bank of England ahead of key midday announcement
ECONOMY City eyes on Bank of England ahead of key midday announcement

Last night the US Federal Reserve, the most powerful central bank in the world, kept interest rates at nearly zero. But it indicated that rate hikes might come sooner than it had previously suggested, and warned that the economic recovery from Covid is slowing.

Today eyes turn to the Bank of England, which will unveil its latest news at 12pm.

Is the Bank of England’s Monetary Policy Committee going to put interest rates up today?

No. That would be a serious shock to markets if it did. But in the City and far wider than that, there is serious interest, and concern, about what it says on inflation, quantitative easing, and when it might move rates, if not now.

What is its problem?

The Bank, like the Federal Reserve , is dealing with several big issues mostly Covid related: the extraordinary QE (bond buying), needed to support the economy through the pandemic, the rising government debt, and the fact that inflation keeps overshooting its own best guesses.

Why is this difficult?

From Martin Wolf in Wednesday’s FT: “Why are central banks finding their job so hard to do? A common view is that this is because they are imbeciles.”

Mr Wolf doesn’t actually think that they are, but he thinks the era of Covid QE should be over. “We have more than enough money today and bond yields ought to rise a little. When the facts change, central banks should change their minds. That time is now,” he writes.

Is the Bank spooked about energy prices?

Probably, but it will try not to say so. Tom Pugh UK economist at RSM, says: “The MPC will continue to largely ignore moves in volatile energy commodities and focus on the outlook for the underlying economy. Financial markets are getting ahead of themselves in expecting the MPC to hike rates early next year. Instead, the first rate hike will probably come late in the second half of 2022.”

Danni Hewson, AJ Bell financial analyst, said: “One price rise that’s not gone down well in the UK is that of gas and there are big concerns about what the energy sector will look at the end of the winter with two small companies already calling time.  Can those left standing pick up the slack or will additional customers make their sums untenable? Centrica’s shareholders seem to scent opportunity and its share price has risen by more than 5% since the weekend and though SSE has tumbled today it’s still up slightly compared to Friday’s close.  Competition is supposed to be better for the consumer but many of the new kids on the block simply can’t make the current numbers work.”

How bad is inflation?

Inflation climbed to 3.2% in August from July’s 2%, the biggest spike on record.

“The market has started to price in an increase in Bank Rate throughout the course of next year given the recent jump in inflation, and the potential for it to remain high in the near term, especially given the upcoming increase in regulated energy prices. That said, there’s more than enough uncertainty to the economic picture to allow the MPC to remain in assessment mode without having to signal any specifics to the market with regards to timing. They’ll be very firmly on hold this week, and it’s likely to be one of those meetings where they try to say and signal as little as possible and move on to November.”

What’s so bad about a bit of inflation?

In manageable doses, nothing. It shows the economy is growing and its cuts the value of debt. One effect though is to raise how much the government has to pay in interest costs to service its own borrowings. Yesterday it emerged that government net borrowing was £20.5 billion in August, about £5 billion higher than expected. Interest payments on that debt were £6.3 billion. To be clear: that is a lot and it seems likely to only go higher.

The OECD says inflation will keep rising over the next two years. Managing this will be a “very difficult balancing act”, it says.

Should the Bank put rates up now to curtail inflation?

The point of raising rates is usually to cut demand.The problem presently facing the economy isn’t demand, it is supply.

A crate of goods arriving from China – if it even does – is presently costing more than it did just a few weeks ago.

How does the Bank of England raising rates make that crate cheaper? It is hard to see how it does.

We like to talk about the Bank in all powerful terms, as if were it to just get things exactly right our problems would be over.

Less comfortable to acknowledge is that it has limited powers, especially when the issues are global.

Lately we are running low on food, gas and CO2 among other goods.

What is Andrew Bailey supposed to do about that? 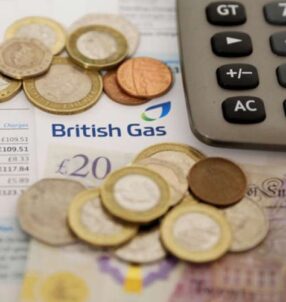